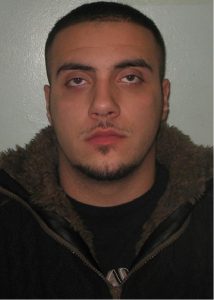 Police are appealing to the public to help them locate a man who was due to stand trial for rape at Harrow Crown Court last week but failed to appear.

At 2pm on the 21st February SAMPSON failed to appear at Harrow Crown Court, and a warrant for his arrest was issued. His trial has been adjourned until the 4th April 2011 pending police enquiries

Officers from the MPS Sapphire team are appealing to anyone that knows the whereabouts of Kostas Sampson to call the incident room on 0208 721 9100 or Crime stoppers on 0800 555 111.