Welcome to the Parikiaki pages. Feel free to browse our latest death announcement and memorial articles, get it here first. 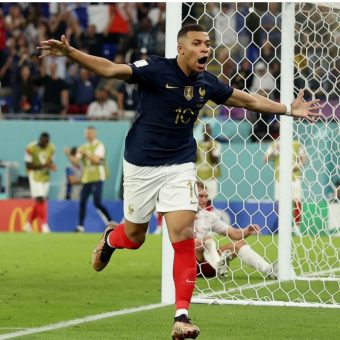 World Cup round up

Qatar became the first team to be eliminated from the World Cup on Friday after Group A rivals the Netherlands and Ecuador drew 1-1.

The Dutch and Ecuador each have four points, Senegal have three. Qatar are without a point after they lost their opening game 2-0 to Ecuador and then went down 3-1 to Senegal earlier on Friday. They cannot qualify whatever happens in their final match against the Dutch on Tuesday.

Iran scored twice after the eighth minute of stoppage time to snatch a stunning 2-0 win over Wales on Friday that breathed new life into their World Cup campaign and left the Welsh flat on their backs and facing a make-or-break decider against England.

After Wales keeper Wayne Hennessey was sent off in the 87th minute, Iran produced a remarkable finale, with Roozbeh Cheshmi driving home to give them the lead before Ramin Rezaeian added another in the 11th minute of stoppage time.

England suffered a sobering reality check as they were outplayed for long periods by a youthful United States side in a tense 0-0 draw in their second World Cup Group B game on Friday.

A 6-2 thrashing of Iran on Monday sent fans’ hopes soaring but Gareth Southgate’s side were fortunate not to suffer a repeat of their 1950 World Cup calamity against the Americans.

They will still qualify for the last 16 if they avoid a heavy defeat by Wales in their final group game, but they were greeted with boos at the final whistle and will need a vast improvement if they are to have a deep run.

An emotional Robert Lewandowski scored his first World Cup goal as Poland brought Saudi Arabia back down to earth with a bump on Saturday with a 2-0 Group C victory that rejuvenated their tournament campaign.

Poland’s record scorer, who missed a penalty in their opening stalemate with Mexico and drew a blank in Russia four years ago, was visibly moved after finally finding the net, wiping his eyes as team mates piled on top of him.

The striker had pounced on a mistake in the 82nd minute to double Poland’s advantage after Piotr Zielinski had given them a first-half lead at the Education City Stadium.

After completing one of the tournament’s greatest ever shocks when they cut Argentina down to size in their opener, the Saudis, who missed a first-half penalty, found Poland a tougher nut to crack.

The win moved Poland to four points, one more than Saudi Arabia, and left them needing a draw in their final game against Argentina next Wednesday to guarantee their spot in the knockouts.

Lionel Messi kept his dream of winning his first World Cup alive by rifling in the opening goal in Saturday’s 2-0 victory over Mexico in World Cup Group C, proving he was far from done in the tournament.

The Argentine, competing in his fifth World Cup at age 35, has won every other major title in his career but has failed to lift the coveted trophy despite making the final in 2014.

But his 64th minute strike that was followed by substitute Enzo Fernandez’s sublime effort three minutes from time, reignited their hopes of advancing past the group stage after their shock 2-1 loss to Saudi Arabia in their opener.

Kylian Mbappe crowned an exhilarating individual performance with two second-half goals to make champions France the first side into the last 16 of the World Cup as they beat Denmark 2-1 in their Group D clash at the 974 Stadium on Saturday.

The European Commission has approved two Cypriot schemes, with a total budget of €200 million, to support companies and self-employed that had to suspend their activities due to the restrictions that the government had to impose to limit the spread …

All households in England with school or college aged children will be offered two rapid COVID-19 tests per person per week to support the government’s priority to get young people back in the classroom, the health ministry said on Sunday.…

Cyprus Transport Minister Yiannis Karousos has sent a letter to  EU Commissioner Adina Vălean, addressing certain issues regarding the reopening of airports and asking for the preparation of common procedures and protocols. The letter was send following a videoconference on …

We sadly announce that UK Cypriot Andreas Tryphona has passed away

We are very sad to announce the death of Andreas Tryphona, who sadly passed away on Thursday 9th April 2020 at the age of 81.