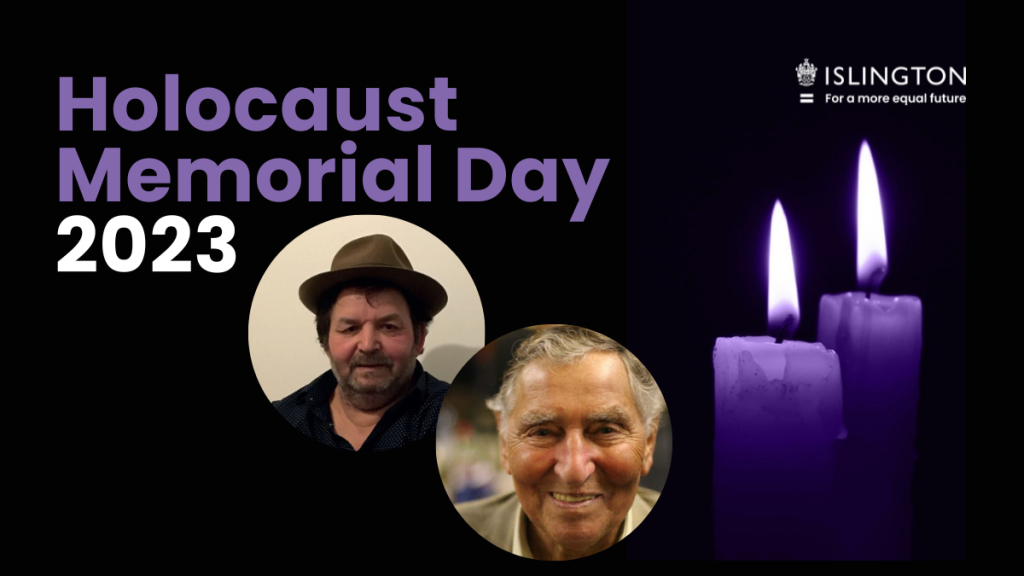 Holocaust Memorial Day is the international day to remember the six million Jews murdered in the Holocaust, millions of people killed in Nazi persecution of other groups, and in genocides that followed in Cambodia, Rwanda, Bosnia and Darfur.

One of the speakers at this event will be Ros Gelbart (nee Herman), who is the daughter of David Herman. David Herman was born in 1926 in Czechoslovakia, before his parents and most of his extended family died in Auschwitz. He survived several Nazi labour camps and in 1946, with a group of orphaned child camp survivors known as ‘The Boys’, moved to the UK to start a new life. He married, had a family, and ran a successful business as an international fashion designer. David died in London in 2008.

The second speaker at the commemoration will be Alexandru Silaghi. Alexandru was born in 1960 in Surduc, a small village in Romania. He will be sharing the story of his grandfather’s life during the Second World War, and the experience he had living under communism and its collapse, and the impact it had on the Roma community.

The event will also feature a performance from the World Harmony Orchestra, whose musicians include refugees from around the world. There will also be short speeches from local politicians.

The event is from 10am – 11.30am on Friday 27 January and is taking place at Islington Assembly Hall. All are welcome to attend. Anyone interested is invited to register online via Eventbrite. Doors open at 9.30am for attendees to arrive and sign in.

Cllr Roulin Khondoker, Islington Council’s Executive Member for Equalities, Culture, and Inclusion said: “In Islington, we stand with our communities to make sure that our borough remains a place where people feel safe and connected to others around them.

“Looking at history shows us the terrible consequences of intolerance and hatred, which is why it is so important we learn about the Holocaust and genocides that followed to help ensure that they will never be repeated.

“We welcome everyone to tune in, learn, reflect, and share on Holocaust Memorial Day, and help us all work together for a better future where we hope there will be no genocide.”