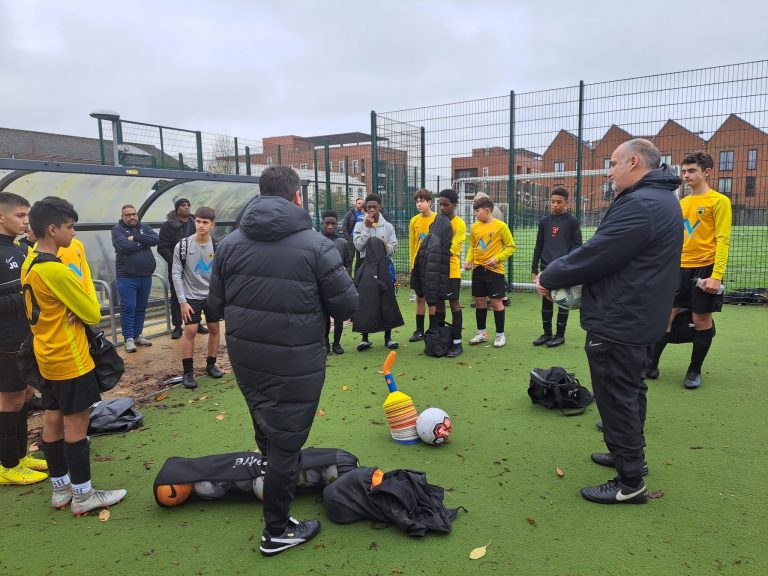 After some recent flat performances, AEK’s U14s got back to winning ways with a convincing win in which the score line flattered the opposition.

AEK took control early on taking the lead with a speculative long range effort from Angel which took the Borehamwood keeper totally by surprise. With their tails up and moving the ball well, they doubled their lead with a real poachers finish, from Kai who slotted a loose ball home to take AEK 2-0 up at half time

Borehamwood came out fighting and within minutes of the start, despatched the rebound, despite Theo making a good save from a penalty. Growing in confidence, Borehamwood we’re going for the equaliser and were rewarded with a second.

Sensing victory, they pushed on seeking a winner which only created space for AEK to exploit. Which is exactly what they did and with minutes remaining, Michael and Nahimia combined well and Nahimia sent an inviting cross into the box for Tristan who rose well to head home the winner.

Goals – Angel, Kai, Tristan
MOM – Angel, composed defensive d performance and with a great goal to get his team going.