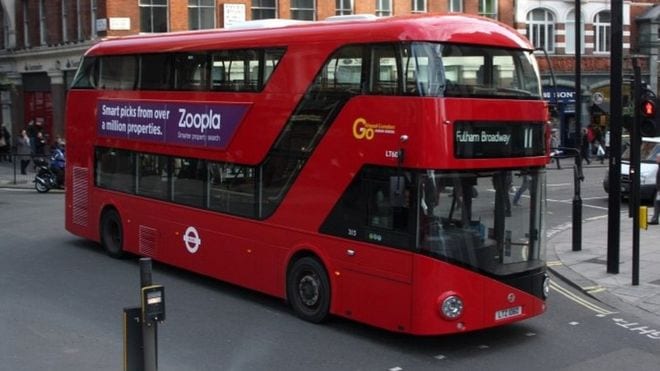 New funding from the Mayor saves vast majority of London’s buses
23 November 2022
Substantial cuts to the central and inner London bus network were proposed due to the government’s Covid funding deal
Additional funding provided by the Mayor has allowed Transport for London (TfL) to reassess its proposals for the bus network and cancel the changes Londoners were most concerned about.

The pandemic’s effect on TfL’s finances meant that it had to rely on a series of short-term government funding deals, which had a series of conditions and requirements. The government required TfL to make savings equivalent to four per cent of the bus network, and the package of changes were proposed to help achieve this.

To support TfL in responding to the issues raised in the response to the consultation, the Mayor has been able to identify additional funding for TfL averaging around £25m per year. This is in addition to a £500m City Hall financing facility, which is still required for TfL to maintain a balanced budget.

TfL will still go ahead with 22 per cent of the service changes consulted on, which are all in areas with numerous alternative public transport options and in areas where following the changes there will be enough capacity on buses to meet demand. Passengers will still be able to make the same journeys, with additional interchanges in some instances, in which case they will benefit from the Mayor’s Hopper Fare. By going ahead with the remaining proposals, TfL is able to improve the reliability of buses in central London, while allowing for investment in bus provision in outer London.

The Mayor of London Sadiq Khan said: “I was furious on behalf of Londoners that TfL was having to consider reducing the bus network due to conditions attached by the Government to the funding deal. The strength of feeling across the capital was clear to me, and I was adamant that I would explore every avenue available to me to save as many buses as possible.

“This will mean tough decisions elsewhere, but I am very pleased that the vast majority of bus routes proposed to be cut due to the Government’s funding conditions can now be saved. TfL has looked carefully at the small amount of routes still affected in order to reduce the impact on passengers as much as possible.

“Buses sit at the heart of the capital’s transport network and have a key role to play as we continue building a better, greener and fairer city for all Londoners.”

Geoff Hobbs, TfL’s Director of Public Transport Service Planning, said: “This new funding, alongside our detailed analysis of the extensive consultation feedback and emerging travel patterns, has allowed us to significantly reduce the scope of the changes.

“The proposals that we will be taking forward are those that have a minimal impact on Londoners, as they are areas with much higher provision of buses than there is demand.

“Buses have a vital role to play in a sustainable and growing London. We have been able to protect investment in our zero emission bus fleet, ensuring we are supporting the capital’s economic recovery and encouraging people to make environmentally friendly travel choices.”

Cllr Adam Hug, leader of Westminster City Council, said: “It is great news that the Mayor of London and TfL have listened to the case we have been making to them. We’ve been able to secure a significant number of the main bus routes serving Westminster.

“Buses are a vital lifeline for so many of the people who live and work here – whether getting to the office, hospital, or other appointments, they make our lives work. We urged local people to make their views known during the consultation and it’s clear that our collective voice has been clearly heard – so a big thanks to everyone who got involved.”

The consultation saw a significant response with more than 21,500 people sharing their feedback. This has helped TfL shape the changes to save the buses that Londoners were most concerned about and ensure any impacts will be minimised, particularly the extent to which passengers have to interchange. Currently around 19 per cent of bus journeys in London involve an interchange. These new plans will only see 20 per cent of people having to use a different bus to complete their journey. Passengers will still be able to travel between the same destinations by bus that they do today, with the Mayor’s Hopper fare allowing unlimited bus travel within an hour for £1.65.

TfL structured the consultation around 16 neighbourhood areas, in which changes were proposed. Only four of the neighbourhoods now will be implemented. These are the plans for Horseferry Road, Fleet Street, Edgware Road and Waterloo. This means that TfL will deliver 11 out of 57 day or 24-hour route changes and three route withdrawals out of the originally proposed 22. There will also be changes to four night bus routes.

While ridership has fallen on some bus routes in central and inner London due to improved walking and cycling facilities and opening of the Elizabeth Line, it is clear that there are further opportunities to reduce car dependency and boost the number of people using the bus in outer London. TfL will now be able to focus its planning resources on supporting growth in outer London, including new housing developments and areas of potential economic development, in addition to greater provision for groups hardest hit by the cost of living crisis.

Greening the bus network is essential in the face of the triple threat of toxic pollution, congestion and the climate crisis. TfL has set out its long-term vision in its Bus Action Plan of an attractive, green bus service for all Londoners. The savings made will protect the investment needed to make all the capital’s buses zero emission by 2034, which could be brought forward to 2030 subject to Government funding. Carrying up to 80 times the number of passengers as a car, in just three times the space, these buses also help cut congestion. Catering to the shifting landscape in outer London will also help achieve the target of 80 per cent of journeys being made by sustainable transport modes by 2041.