We need an economy with solid foundations for healthy growth says the independent candidate for the Presidency of the Republic, Andreas Mavroyiannis, 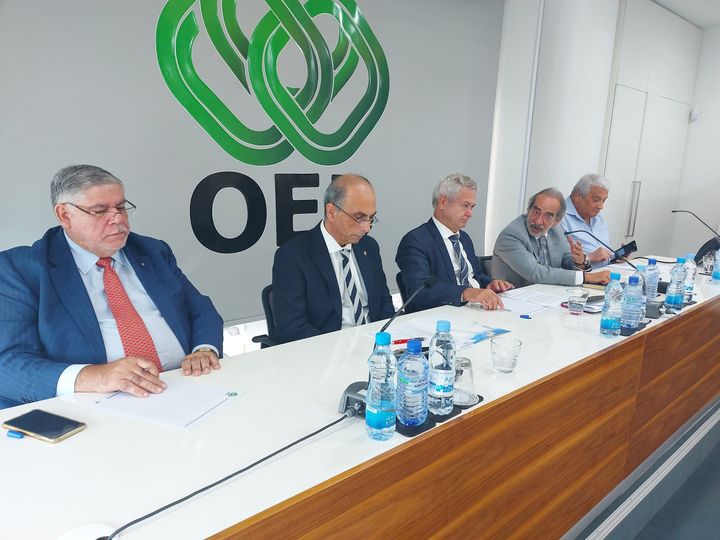 We need an economy with solid foundations for healthy growth
20 September 2022, Press Release Andreas Mavroyiannis
Yesterday, the independent candidate for the Presidency of the Republic, Andreas Mavroyiannis, held a meeting with the Executive Committee of the Cyprus Employers & Industrialists Federation (OEB).
During the meeting, Andreas Mavroyiannis was briefed on the prospects and issues of concern to the business community in view of the preparation of his pre-election programme.
In his introductory statement, Andreas Mavroyiannis referred to the need for an economy that will create solid foundations for growth, for the transition to a green economy, the flourishing of social welfare, the preservation and promotion of the public and respect for the private sector. For the continuous improvement in the quality of life of the people of Cyprus. At the same time, A.Mavroyiannis referred to the need for a modern digital state that will serve citizens and businesses in an efficient manner.
During the discussion that followed, the issues of energy trade, shipping, the primary sector, manufacturing, tourism and catering, digital state as well as labour issues were all discussed. Particular reference was made to the high cost of energy and fuel which has had a significant impact on the operation of businesses.
Andreas Mavroyiannis in his closing remarks, thanked the Executive Committee of OEB for the constructive meeting and dialogue that developed, reiterating that the shielding of the economy is the highest priority for him too.