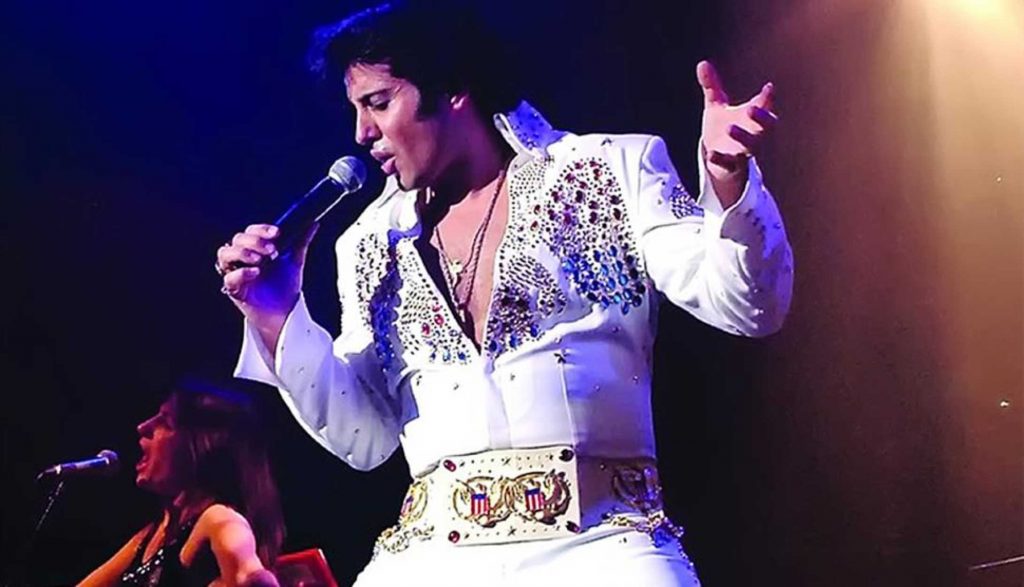 The Elvis Years is an outstanding musical production which brings to the stage the incredible and compelling story of the king of rock and roll, Elvis Presley.
Join Mario Kombou (Jailhouse Rock, West End), an all-star band and award-winning singers for an unforgettable journey through over 50 golden greats spanning over three decades – from the early Sun Records hits to the majestic Las Vegas performances, via The Jordanaires, the army years, authentic re-creations from the Hollywood movies and the stunning 68 TV special.
With nostalgic film footage, and over twelve costume changes, this glittering two-hour production features classic hits including That’s Alright Mama, Suspicious Minds, It’s Now or Never, Heartbreak Hotel, Blue Suede Shoes, Hound Dog, Love Me Tender, If I Can Dream and many more!
For those that have seen the show before, expect the same incredible production but this time with extra video footage and even more Elvis hits to sing along!