Strike of workers at Hellenic Petroleum Company in Cyprus 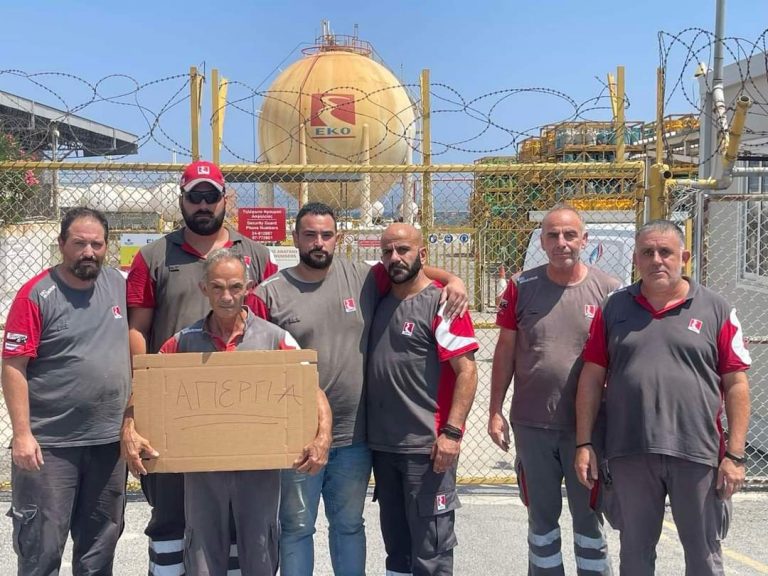 ►Workers at the Hellenic Petroleum’s LPG bottling and distribution company decided today to go on strike as a last resort to protect their jobs and terms of employment provided for in their collective agreement.

The company, under the pretext of transferring its LPG bottling and distribution operations from Larnaca to Vasilikos and despite the fact that it has been expressly warned by the Labour Relations Department of the Ministry of Labour not to proceed with unilateral and arbitrary actions, however, it continues to exert intolerable blackmail on workers to apply for employment in the ‘new’ company that they have agreed to create with the other LPG bottling companies, so as to consider workers as new recruits and by doing so to cancel their continuity of employment, to cancel their collective agreement and their existing wages and terms of employment.

Otherwise the workers are threatened with dismissal and will not be rehired.

Both Hellenic Petroleum and other companies that are shareholders in the ‘new’ consortium, despite the fact that they have reaped huge benefits from their move from the Larnaca coastal front and have received various kinds of support from the state for this move, insist on imposing anti-worker and illegal methods to victimize the workers and increase their profits even more.

The strikers demand that the Minister of Labour intervenes effectively so that both Hellenic Petroleum and the other companies that pursue the same behaviour, show respect for labour relations and the laws of the state and stop threatening and blackmailing workers in order to force them to advocate for the undermining of their labour and trade union rights.

Otherwise there is no doubt that these measures will be extended and labour unrest will be inevitable. 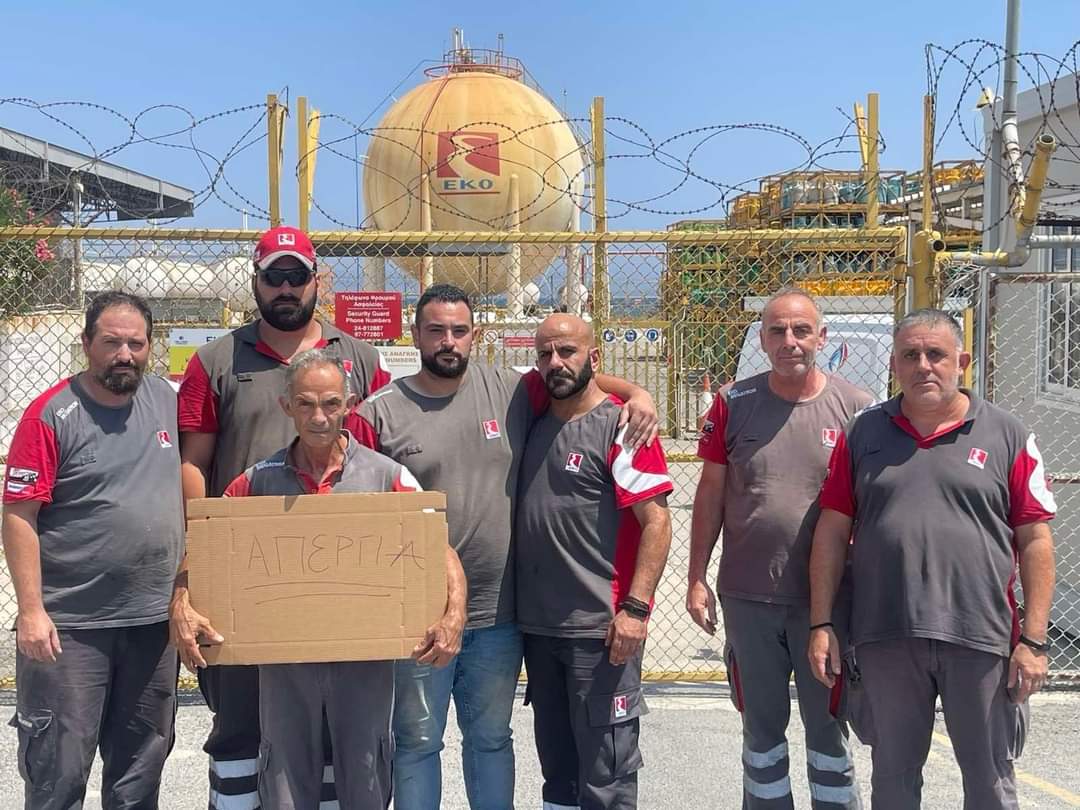 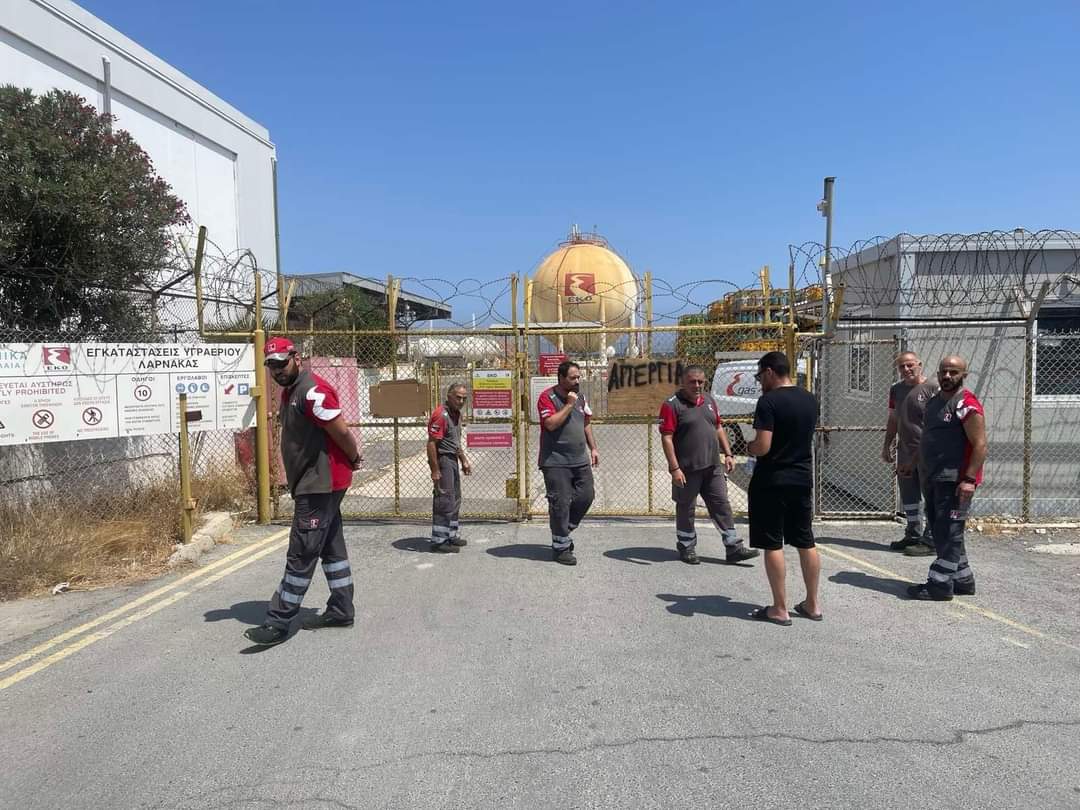