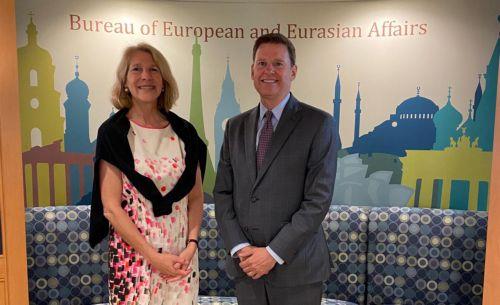 UNFICYP and the continued US support to efforts for Cyprus’ reunification were discussed on Friday between US Assistant Secretary of State for European and Eurasian Affairs, Karen Donfried and UN Secretary General’s Special Representative in Cyprus Colin Stewart in Washington.

In a a post on Twitter, the State Department Bureau said Donfried met Stewart “to discuss the important work of #UNFICYP and continued U.S. support for @UN facilitated, Cypriot-led efforts to reunify the island as a bizonal, bicommunal federation.”

Cyprus has been divided since 1974, when Turkey invaded and occupied its northern third. The latest round of talks under UN aegis in the Swiss resort of Crans-Montana in 2017 ended inconclusively.