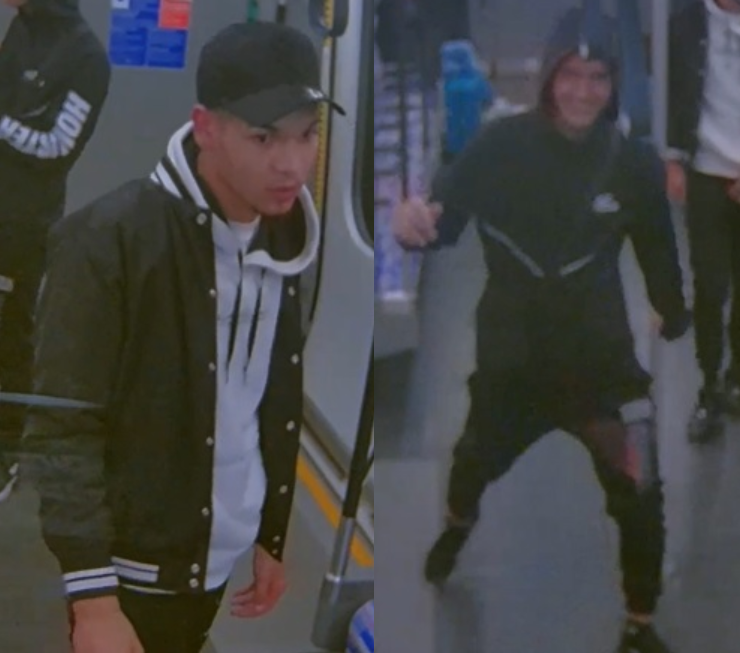 Do you recognise these young men?

At 11.55pm on Monday 9 May three young men approached the victims and sat next to them on the train. One of the men placed his arm around one victim and demanded they both handed their phones over.

The group continuously asked for the victims’ phones and became more threatening as they refused, standing over them and kicking their legs.

They then briefly walked away whilst laughing, before returning to the victims and again demanding for their phones. One of the victims tried to stand up and the group surrounded him, the other victim attempted to intervene when a member of the group punched him in the face causing him to fall back down on the seat.

The group then repeatedly punched and kicked the victims in the face while they were both seated.

Both victims were taken to hospital with serious facial injuries, both requiring multiple surgeries to their jaws.

A 19-year-old man was arrested in connection to the incident.

Officers believe the young men in the CCTV images may have information which could help their investigation.