NO TO THE FALSIFICATION OF HISTORY! HONOR AND GLORY TO THE RESISTANCE IN CYPRUS! 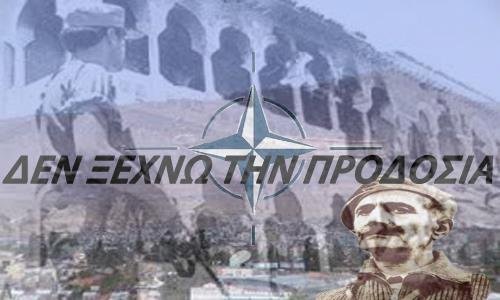 NO TO THE FALSIFICATION OF HISTORY! HONOR AND GLORY TO THE RESISTANCE!
Article by Nikos Kouzoupis, AKEL militant and historian
“GNOMI” newspaper, 15 July 2022
● It is the duty of every democratic citizen and of us all to keep the memory of the heroes of the Resistance against the coup alive
● The best memorial to the heroic dead of the Resistance will be to rid ourselves of those who are tarnishing their memory!
● The coup gave Turkey the pretext for the invasion, which would complete the US-inspired plans for the division and partition of Cyprus between Greece and Turkey – two NATO members 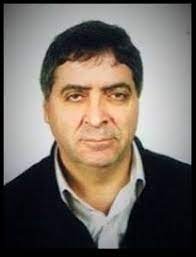 ● For 48 years, constant efforts are being made to distort facts
Our people are living through the consequences of the treason committed that subsequently opened the back door to Turkey’s invading army on a daily basis with all the negative consequences in all areas of social life. But July always revives memories and we have an obligation, apart from honoring the heroes who sacrificed their lives defending the territorial sovereignty of our country, to stop fascism.
We have an obligation to assess again and again the events that preceded it and point the finger at the culprits of the Cypriot tragedy. This is because peoples who forget their history are condemned to relive nightmares and new tragedies. It is a debt to the young generations to learn the real history, especially Cyprus’ modern history, which the current DISY ruling government forces have placed on the black list of forgetfulness, falsification and distortion.
For 48 years, constant efforts have and are being made to distort historical facts, assign equal responsibilities on both the perpetrators and the victims, to erase the role of the foreign interventions and to relieve silver-tongued traitors of any responsibilities who were supposedly simply “carrying out orders”, the crooked tools of foreign masters. Masters who have both a name and an address regardless of the effort underway to whitewash and purify them by those forces who considered – and still consider – the Greek junta coup as “a necessity”, as well as those who gave the coupists political cover and presented them on their electoral ballots as their candidates, whilst also equating legality with illegality in the period before the coup by promoting the theoretical soundbite “violence breeds counter-violence”.
Numerous supposedly liberal writers and even so-called “left-leaning” subservient journalists go along with the above-mentioned in presenting internal oppositions and contradictions as absolute, and by doing so neutralizing and nullifying the external causes.
The coup, however, was not some accidental action, but the culmination of NATO’s machinations aimed at dissolving the Republic of Cyprus and transforming our island into an unsinkable aircraft carrier. It was precisely for that reason that the coup represented the penultimate link in the chain of events that offered Turkey the excuse and “justification” for the invasion that would complete the US-engineered plans for double Enosis. That is to say, the partition of Cyprus between Greece and Turkey – both of them NATO member states.
Countdown…
The origins of the plans elaborated against Cyprus and its people go back to the 1950’s, with the English colonialists as the protagonists, who were gradually replaced by the American imperialists during the 1960’s. The chains of these imperialist conspiracies are the Sandy-Ball and Acheson Plans, the talks held in Evros between the Greek Junta and the militarists of Ankara, the events that took place in Kofinou and the numerous assassination attempts against President Makarios are all component parts linked to these imperialist conspiracies and machinations. The countdown began at the NATO Spring Summit which convened in Lisbon in June 1971.
From that point onwards, developments in Cyprus unfolded rapidly with the continuous interference and interventions of the US-led Greek Junta, the secret descent of Grivas to the island and the creation of the armed terrorist EOKA B organisation with the aim of destabilising the domestic front of the struggle of the Cypriot people, as well as the psychological preparation of the coup d’état with the blowing up of police stations, the assassination of democratic citizens, the conscription of three Bishops in the failed attempted coup to oust Makarios in the Holy Synod, fanatical anti-communism and the waging of a fierce anti-AKEL campaign.
The operation to exonerate the coup and the coupists…
Today all of these historical facts are being erased and silenced in the name of not “arousing the passions of the past”, which is the convenient narrative promoted by the current government ruling forces and the leaders of the ruling DISY party, who are scheming to rewrite the recent history of Cyprus.
The “politicization” of the coupists within the ranks of the ruling DISY party, the expedient equation of the victims with the perpetrators, the laying of laurel wreaths on the graves of the coupist Commandos who attacked the Presidential Palace on 15 July 1974 by officials of the DISY government are all part of their desperate attempt to purify the coup, EOKA B and its founder Grivas.
The Anastasiades government this year took another step in this direction, backed by the intertwined mass media, headed by the state-owned RIK TV-radio station, which deliberately downplayed even further the annual commemorations in honor of the fallen of the Resistance.
The culmination of this unacceptable stand was the non-attendance of the Minister of Education of the Anastasiades government at the memorial of the Resistance fighters in Paphos, who was to be the keynote speaker on the pretext that he felt unwell, while in the other memorials there was no speaker from the government side, that is the official organizer of these memorial services.
It is the duty and task of every democratic citizen, the duty of all of us, to keep the memory of the heroes of the Resistance against the coup unquenched and alive, by reverently bowing our heads to the magnitude of their sacrifice, to struggle for the realisation of their visions, for which they gave the most precious thing they had – their own lives.
However, the best memorial to our heroic dead will be to rid ourselves of those who are tarnishing their memory!