International community’s attention should be directed to 1974 after parallels between Cyprus and Ukraine, FM says 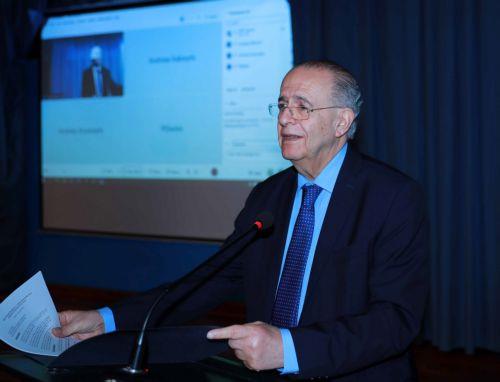 It is time that the parallels drawn between the problems of Cyprus and Ukraine, bring back the attention of the international community to what has happened since 1974 and still continues for 48 years, Minister of Foreign Affairs Ioannis Kasoulides has said.

Speaking to the media on Wednesday after a meeting he held with the Cypriot diplomats who are accredited as Heads of Diplomatic Missions in states and International Organizations around the world, he said that this is an annual meeting, adding that the issue today was about the general foreign policy of Cyprus, which includes the efforts to resolve the Cyprus problem.

The Foreign Minister pointed out that they mainly discussed about Ukraine.

The problem in Ukraine, he said, provides an opportunity for Cyprus to “get back to basics”, that the problem of Cyprus “is a problem of invasion and occupation, that the problem of Cyprus is a violation of the territorial integrity, sovereignty, unity and independence of a country member of the United Nations, as is happening today with Ukraine and therefore it is time for this parallelism to bring back the attention of the international community to what happened since 1974 and is still going on for 48 years” he stressed.

He added that they also talked about the Confidence Building Measures and how to handle the issue from now on, while during another session they will discuss about Cyprus’ regional policy and  European policy.

As to when the Greek Cypriot side will respond to the Turkish Cypriot leader’s proposals, Kasoulides said that we will study the proposals carefully and recalled that the President of the Republic is restricted due to COVID-19.  “There is no rush, we will study them carefully” he said.

Regarding the UN resolution for the renewal of the mandate of UNFICYP, the UN Peacekeeping Force in Cyprus, Kasoulides said that it is a positive development that a phrase welcoming the proposals of both leaders was avoided, describing it as unjustified. He explained that when the resolution was drafted the proposal of the other side had not even been forwarded to our side.

Invited to comment on the fact that a few months ago he had said that he expected some mobility as regards the CBMs in the summer, Kasoulides said that this is true, because back then he had received some positive and encouraging messages, but noted that the relations between Greece and Turkey worsened and the developments did not allow to focus further on this effort.

Asked about his contacts in Italy, he said that they discussed about EastMed, but replying to a question he noted that Italians did not participate in the group that decided to proceed with the EastMed citing problems with local protests from environmental groups and others about where the pipeline would end.

“I hope that the pipeline is viable because once it is viable everything else is solved”, Kasoulides said.