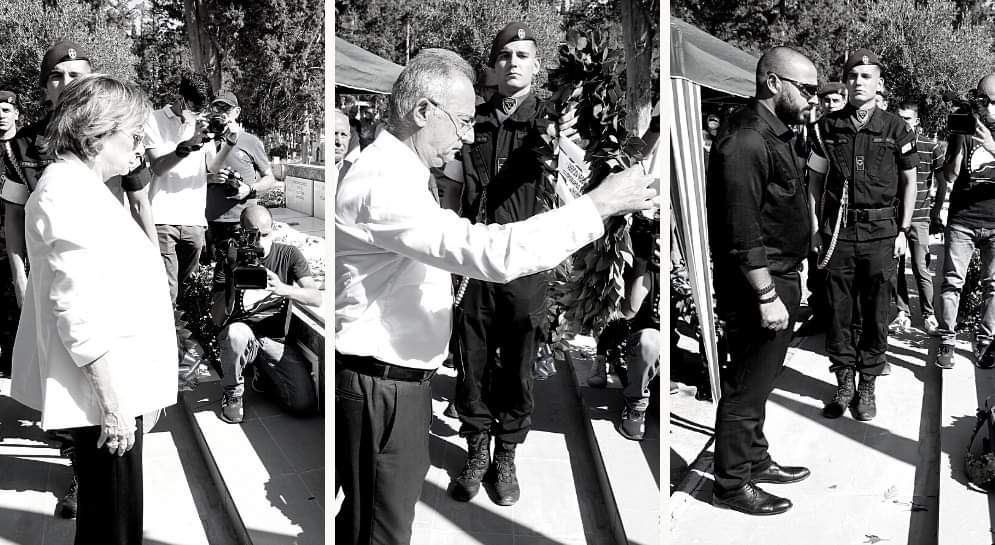 The Anastasiades government through the Minister of Justice, ruling DISY party with its President Averof Neophytou and the ultra-right ELAM once again paid tribute to those who participated in the attack on the Presidential Palace during the coup of 15 July 1974. It is not enough that the government this year more than any other year degraded the commemoration of the heroes of the Democratic Resistance, today they repeated this provocation that is an insult to history and all our people, an action that rubs salt into the wounds of the relatives of the heroes of the anti-fascist resistance.

For almost 50 years, the right-wing faction has insisted on condemning the coup verbally, while at the same time it lays wreaths at all those who were involved in it. After all, the Right does not only honor those who carried out the order for the coup. It honors even more those who organised and finally gave the order for the coup, those who unleashed the bloody EOKA B terror.

In vain the Right has been trying for half a century to turn history upside down. Heroes are not and will not be those who carried out the coup order, but those patriotic democrats like Sotiris Adamou Konstantinou who was murdered for refusing to carry it out.

The heroes are not those who are worshipped by the extreme right, but the children of our people who resisted fascism, in the places of resistance: the Presidential Palace, the Archbishopric, Kaimakli, Eftapato, the Third Gymnasium of Limassol, Kolossi, Paphos, Agios Ioannis of Larnaca.

AKEL stresses that the unity of the people is not built on forgetfulness and the falsification of history. Our country was not drowned in blood because of some “culture of division” or “foolish act”, but because of a betrayal that was committed. A conscious, foreign-engineered and fascist betrayal. The defence of the historical truth and democratic Resistance is an integral part of the struggle our people is waging against the occupation and de facto partition.