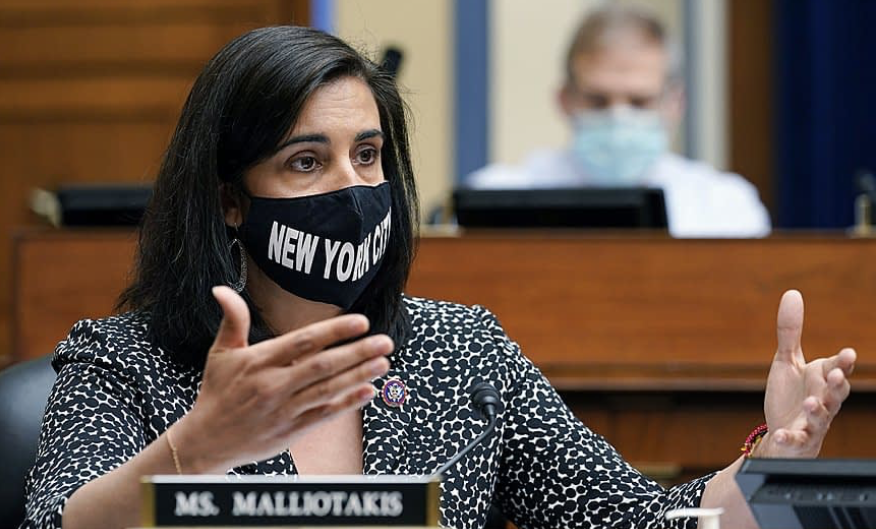 On July 19, Greek American Congresswoman Nicole Malliotakis (NY-11) recognized the 48th anniversary of Turkey’s illegal invasion and occupation of the Republic of Cyprus on the House Floor, calling for the removal of Turkish troops from the island and the return of property to its rightful owners.

“On July 20, 1974, the Turkish military invaded the Republic of Cyprus in direct violation of the Charter of the UN and international law,” Malliotakis said. “To this day, there’s been no accountability for the deaths, displacements, and destruction caused by this illegal invasion and occupation. I urge the President, Secretary Blinken, and Congress to join calls for the immediate removal of Turkish troops, the return of property to rightful owners, and the reunification of Cyprus. Today, Cyprus, Greece, and other nations in the Eastern Mediterranean face more aggression and continued threats from Turkey under President Erdogan who has threatened Exclusive Economic Zones, ordered repeated military flyovers over the Greek Islands, and undermined NATO sanctions on Russia and U.S. operations in Syria. Despite Turkey’s aggression, President Biden plans to sell U.S. fighter jets to Turkey. I thank my colleagues on both sides of the aisle for supporting our amendment to prevent this sale, and our efforts to deliver justice for Cyprus.”

Malliotakis, the daughter of a Greek immigrant, is a member of the House Committee on Foreign Affairs where she serves as the Ranking Member for the Subcommittee on International Development, International Organizations, and Global Corporate Social Impact, and sits on the Subcommittee on Europe, Energy, the Environment, and Cyber. She is also a member of the Congressional Hellenic Caucus and the Congressional Hellenic-Israel Alliance.