Cyprus: Three of the four remains of anti-fascist heroes murdered by EOKA II have been found 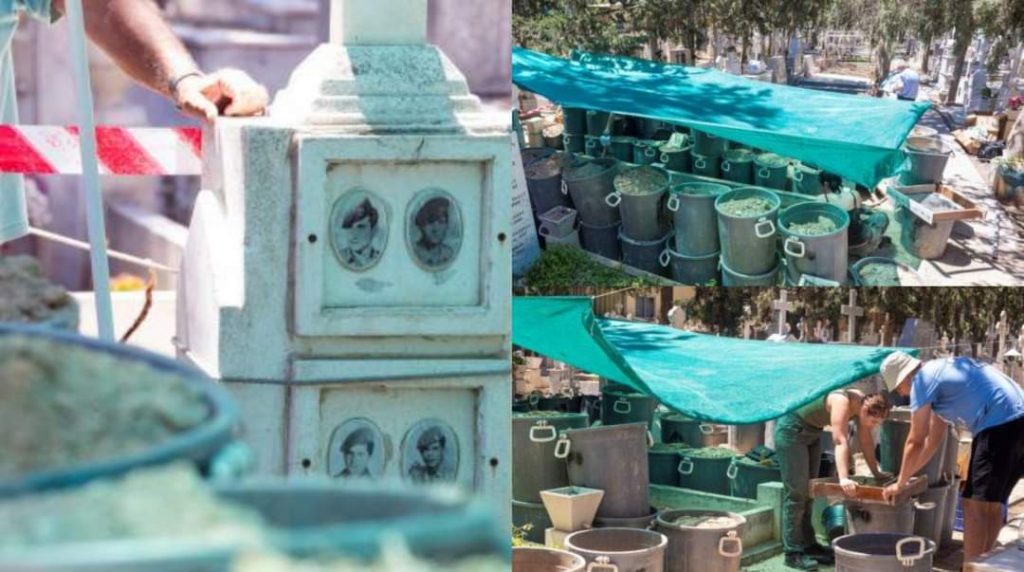 The process of exhuming the remains of the four heroes, Charalambos and Anastasis Christofis, Pantelis Charalambous and Christakis Kobos, who were murdered by EOKA B on July 16, 1974, is still in progress. Three remains have been found, while efforts are being made to locate the remains of persons who were also murdered during the fascist coup.

In a statement, the head of the scientific exhumation team, Xenophon Kallis, said that the exhumation of the remains is being carried out after the decision of the Limassol District Court and scientists from Liverpool John Moores University are participating in it.

“The scientific procedures of exhumation, identification and return of the remains, based on the decree, were entrusted to the Commissioner of the Presidency,” he said, adding that “genetic tests will be carried out by the laboratory of Dikanic Genetics of the Institute of Genetics and Neurology, by the team of Professor Marios Kariolou.”

So far, he continued, three remains have been identified and removed, while work is continuing to find the fourth, who according to an account had been buried in a mass grave located on the northwest side of Agios Nikolaos cemetery.

Kallis noted that elsewhere there is another “excavation effort being carried out to find the remains of a member of the Special Reserve Force set up by President Makarios to combat EOKA B, who was murdered in 1974 during the coup in the area of the village of Episkopi Limassol, along with three others”.

Asked about this, he said that after the exhumation, “we hand over the remains and personal items to the anthropological laboratory, where they are washed and anthropological tests are carried out to determine the age, sex and injuries.”

“When the anthropological tests have been completed, we deliver skeletal samples to the Institute of Genetics and Neurology for DNA tests, which are then compared with the DNA of the families and we shall proceed to identification – if there is compatibility,” he added.

Provided there are no scientific problems, he noted, the process until the remains are handed over to the relatives “is a matter of a few weeks rather than months.”

Siblings Charalambos and Anastasis, together with Charalambous, had undertaken the mission to take two members of Archbishop Makarios’ presidential guard – Christakis Kombos and Yiorgos Vrountou – to Limassol.

According to testimony, their car was intercepted by members of coupists EOKA B, they were subsequently interrogated, brutally tortured and murdered at a rubbish tip in the area of Ayios Tychona, Limassol.