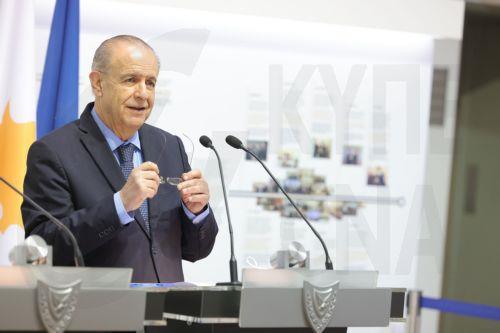 A press release by the Ministry says that the meeting in Madrid will prepare the ground for the forthcoming summit of the heads of state of the MED 9 that will take place in the autumn.

Ministers will discuss a series of topics, including the pandemic, the war in Ukraine, energy and food crisis, ways to enhance EU -Southern Neighborhood partnership policy, as well as the EU Migration and Asylum pact.

Before the MED 9, Kasoulides will have a meeting with his Spanish counterpart Jose Manuel Albares Bueno with whom he will discuss bilateral relations, the Cyprus issue and other current events of common interest.

On the 13th of July the Foreign Minister will be in London where he will be the keynote speaker in an event in the House of Commons organised by the All-party Parliamentary Group for Cyprus in cooperation with the National Federation of Cypriots in the UK. The next day he will attend a dinner organised by the Youth of the World Federation of Overseas Cypriots UK on the occasion of its 20th anniversary.

During his stay in London, Kasoulides will be received by the Speaker of the House of Commons Sir Lindsay Hoyle and he will have meetings with Chairman of the Foreign Affairs Committee of the British Parliament Tom Tugendhat and Archbishop Nikitas of Thyateira and Great Britain.

Finally, he will participate in a round table discussion of the Chatham House think tank and have a series of contacts with officials from the British government.