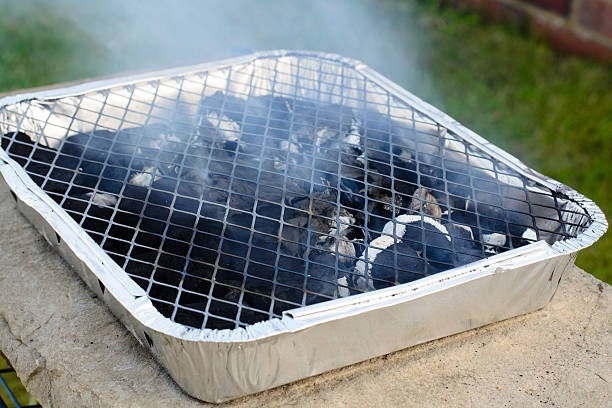 London’s Fire Commissioner is calling for a total ban on disposable barbecues following one of the busiest weeks in our history.

Disposable barbecues pose a significant fire risk if they are not put out properly, causing grass fires in open spaces and scorching the grassed areas. The dry spell has left grassland like a tinderbox and increases the chances of a fire caused by a disposable barbecue

We are also reiterating that people should not barbecue on balconies and during this exceptional dry spell Londoners should not have any barbecues or open fires in parks and public spaces.

London’s Fire Commissioner Andy Roe has already written to local authorities asking for a temporary ban on the use of barbecues in all public parks and open spaces. We’re very grateful to councils which put bans in public places but now feels disposable barbecues need to be taken off the shelves needed to help prevent widespread blazes like last Tuesday.

Retailers, including Waitrose and Aldi, have announced they will no longer stock disposable barbecues because of the detrimental impact they have on the environment and wildlife.

Disposable barbecues also pose a health risk and heat can be retained for many hours after a barbeque has been put out. The Brigade is backing a petition set up by Toby Tyler whose son Will was severely burned by a disposable barbecue. The petition can be found here https://petition.parliament.uk/petitions/618664.

Commissioner Roe said: “Despite our grass fire warnings, we’ve still seen some people behaving carelessly and recklessly. On Saturday (23rd July) firefighters prevented a serious blaze at Wanstead Flats caused using a disposable barbecue. We need urgent action now to see a national ban on the sale of disposable barbecues. They can be bought for as little as five pounds and can cause untold damage, especially when the grass is as dry as it has been over the last few weeks.

“Last week is another example of how we are increasingly being challenged by new extremes of weather as our climate changes and we’re developing long-term strategies to deal with more incidents like this in the future.”

Don’t drop cigarettes or anything that is burning on dry ground. Don’t drop cigarettes out of car windows – they may land on dry grass by the roadside.  Don’t have barbecues in parks and public spaces.Do not barbecue on balconies, the wind may carry smouldering ash towards nearby grassland.  Be aware that children, animals, balls or anything else may knock over barbecues, increasing the risk of grass fires, especially when in a busy parks or public spaces.