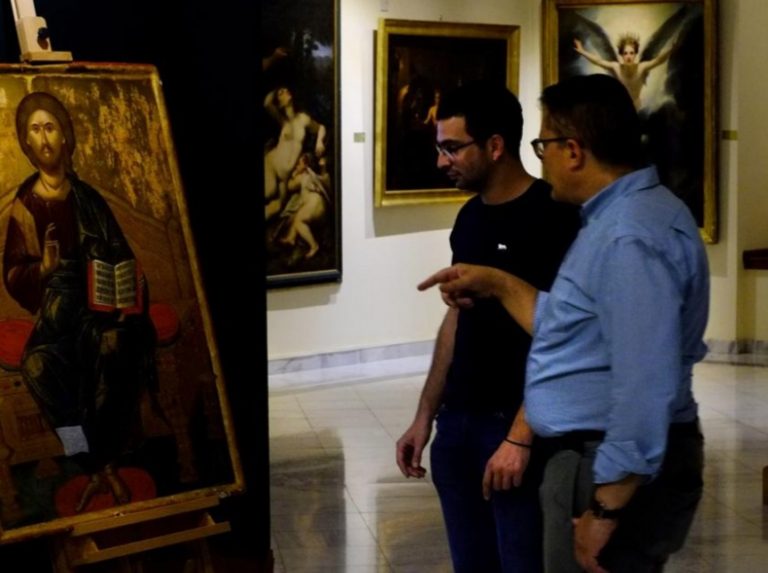 NICOSIA, Cyprus (AP) — A 500-year-old Orthodox icon that was looted from a church in the breakaway north of ethnically divided Cyprus has been returned to the island.

The icon of the Enthroned Christ, which Cyprus’ Antiquities Department dates to around the end of the 15th century to the early 16th century, was presented at a ceremony Tuesday to the head of the island’s Orthodox Church, Archbishop Chrysostomos.

The icon belongs to the 12th-century Christ Antiphonitis Church, which is near the northern coastal town of Kyrenia. It was one of countless icons, frescoes, mosaics and religious artifacts stolen from churches that were abandoned when a 1974 Turkish invasion split the island between primarily Orthodox Greek Cypriots in the south and Muslim Turkish Cypriots in the north.

Turkey’s invasion had followed a coup mounted by supporters of union with Greece.

“Efforts to repatriate stolen artifacts are continuing,” said Transport Minister Yiannis Karousos, who presented the icon to the church.