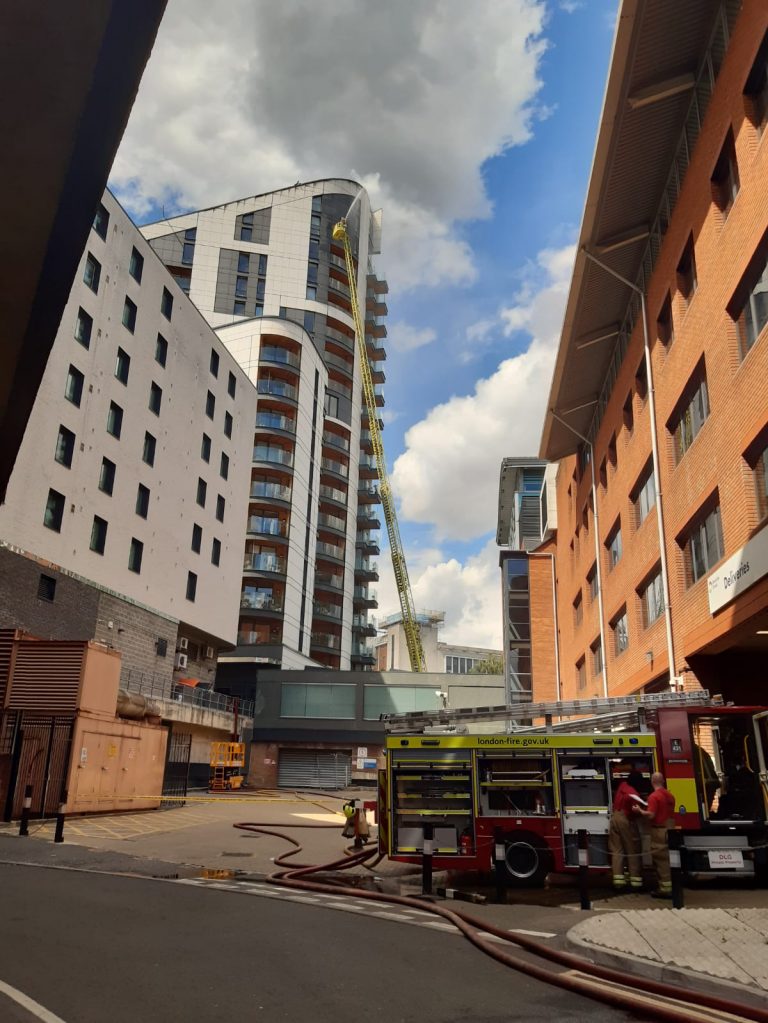 Fifteen fire engines and around 100 firefighters were called to a flat fire in St Mark’s Square in Bromley.

Half of a five room flat on the 15th floor of a 19 storey block of flats was destroyed by fire. Part of the roof is was also damaged in the blaze.

It was a very visible fire and the Brigade’s 999 Control centre received 95 calls at the peak of the incident alerting them to the fire.

Around 120 people evacuated the building and no injuries are reported.

Station Commander Colin Digby was at the scene, he said: “Crews made steady progress in fighting the fire. It was a protracted incident and our crews will be on scene for several hours to come.”

The Brigade was called at 1158 and the fire was under control by 1608. Fire crews from Bromley, Beckenham, Addington, Woodside, Lewisham, Forest Hill, Sidcup and Croydon, Bexley, Orpington and Battersea fire stations were in attendance. 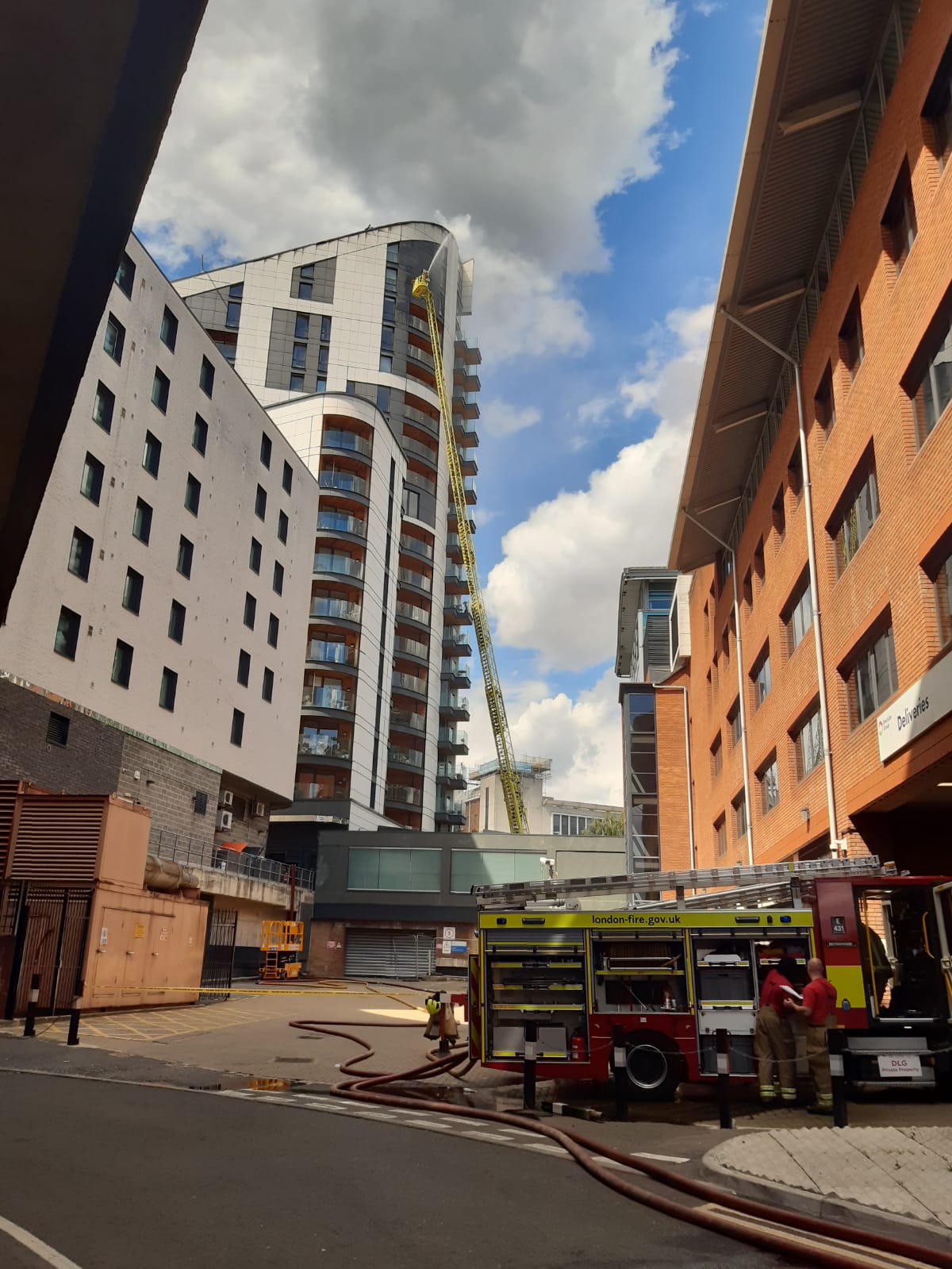 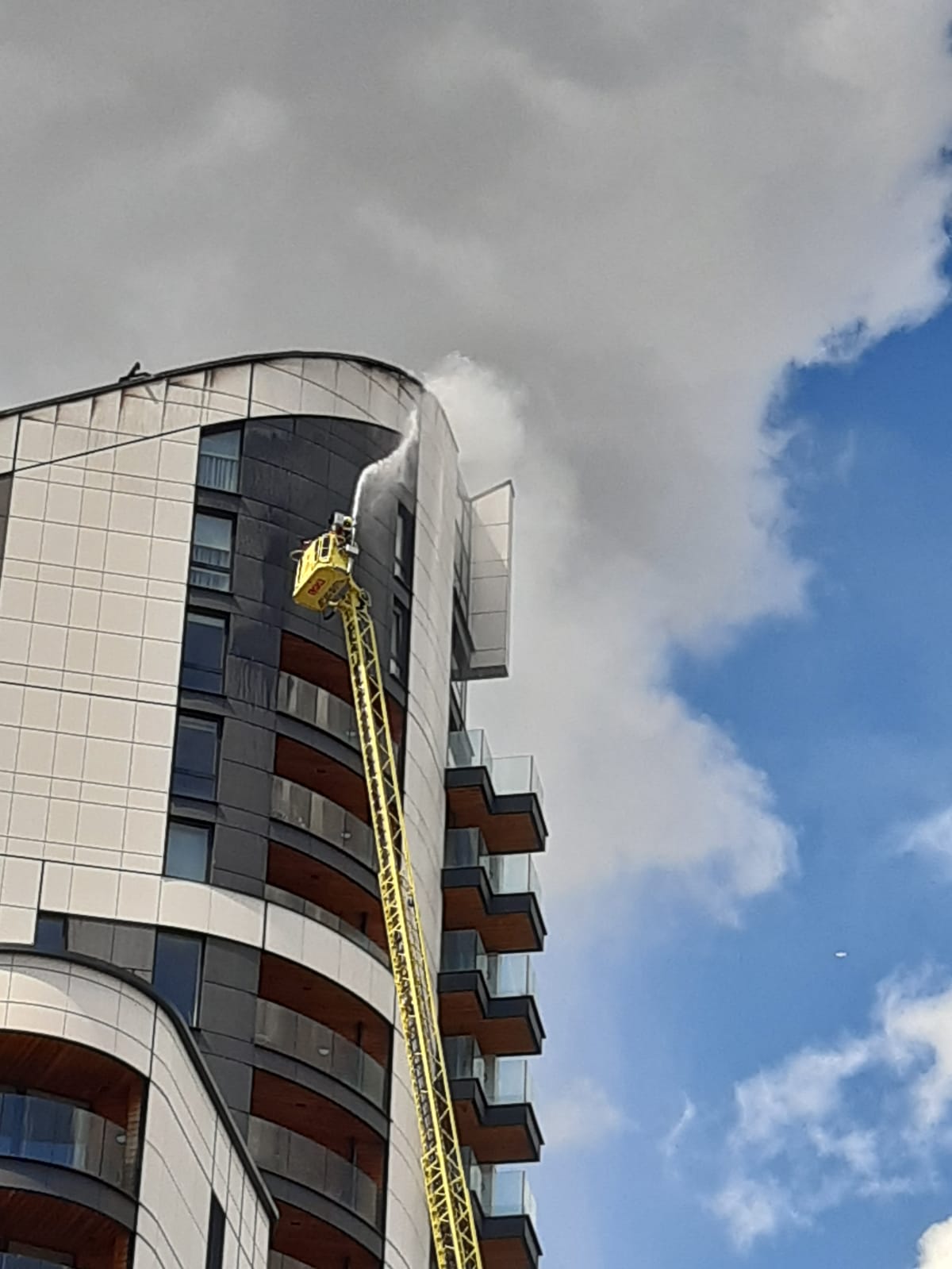