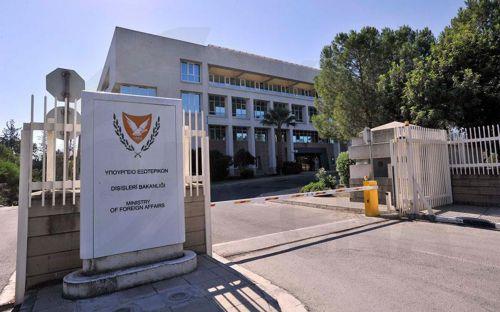 The Cypriot Ministry of Foreign Affairs said on Monday Turkey is escalating rhetoric and distorting reality with a view to create tensions in the region.

The Cypriot MFA’s comments came following the remarks of the Turkish Foreign Ministry spokesperson over the “Agapinor” exercise held in Cyprus last week.

“We are disappointed to observe once again the escalation of Turkish rhetoric aiming at, among other things, distorting reality and creating tensions in our region, following the ‘AGAPENOR’ exercise,” the Cypriot MFA said in a press release.

The Ministry noted that the Republic of Cyprus will continue to exercise its sovereign rights and implement its international obligations, strengthening cooperation with states in the region in a wide range of areas, including the fields of security and defence.

“The purpose of such exercises, which are based on fictitious scenarios, is exclusively the strengthening of the defence capabilities of the National Guard, enhancing bilateral and regional cooperation and the creation of conditions of security and stability in the Eastern Mediterranean,” the MFA said, adding “these activities with other partners are governed by the principle of inclusiveness, without excluding or targeting any neighbouring country.”

“Unfortunately, it is once again confirmed that the only country that consistently destabilizes the region is Turkey, trying to undermine any efforts of our side to resolve the Cyprus issue with its revisionist approach,” the Cypriot Ministry stressed, adding that “such actions are also directed against the Turkish Cypriots themselves, whom Turkey is trying to instrumentalize and hold hostage in its efforts to impose its policy against Cyprus.”

Noting that the sincerity of each side’s intentions cannot be judged by public statements, nor is it tested by unfounded rhetorical outbursts, the Cypriot MFA stated that “everyone’s sincerity is judged by the proposals and initiatives they undertake to resolve problems and overcome impasses on the basis of international law and not by actions that circumvent, undermine and violate its provisions.”