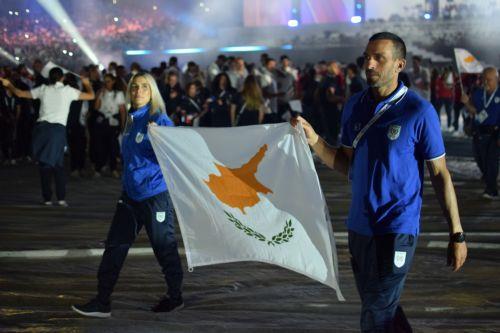 The opening ceremony of the 19th Mediterranean Games took place on Saturday evening in Oran, Algeria.

The Cypriot Olympic Committee participates in the Games with 111 athletes (72 men and 39 women, which will take part in 18 out of the 24 sports of the Games.

Athletes Andreas Kariolou (sailing) and Georgia Constantinidou (shooting) were the flag bearers of the Cypriot delegation during the opening ceremony.

Sixty two Cypriot athletes are already in Oran and will compete during the next days in the following sports: gymnastics, shooting, sailing, boxing, karate, badminton, judo, archery, table tennis and wrestling.