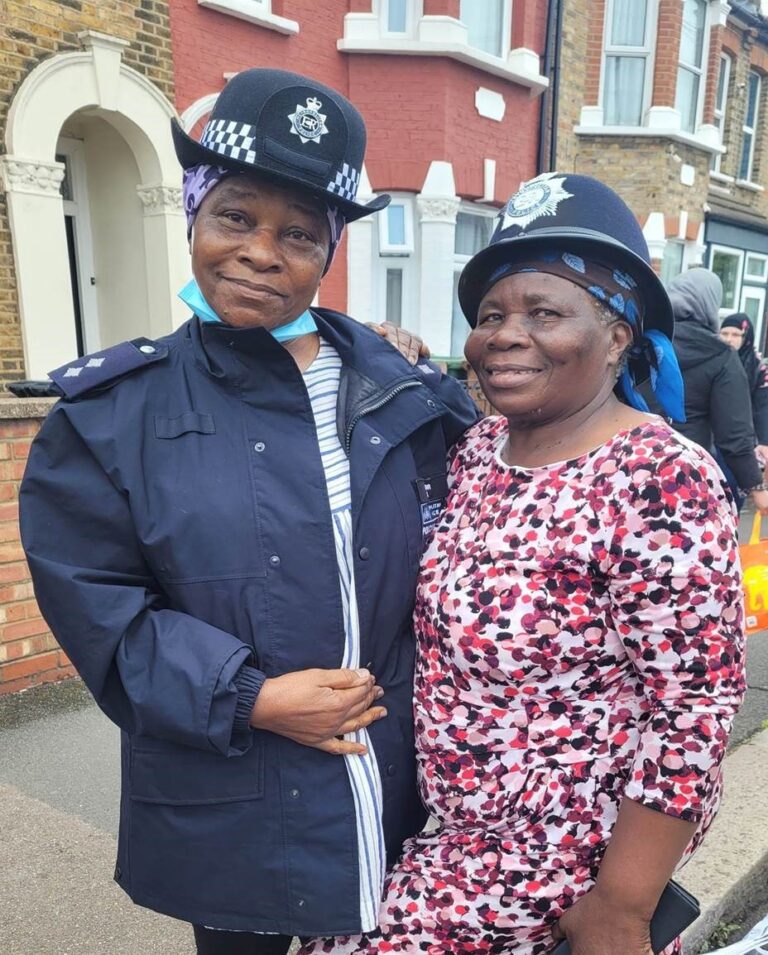 A team of officers who were holding a police recruitment event have been praised after rescuing people from a burning building.The incident happened at around 13:20hrs on Sunday, 5 June as officers from the Met’s Outreach Teams were holding a recruitment drive on High Street in Walthamsow.

Officers were in the middle of signing up a member of the public to become a police officer when they heard someone shouting that there was a fire in nearby Erskine Road.The officers rushed to the multi-occupancy building and were joined by officers from the local Safer Neighbourhoods team based on the North East Command Unit.

On arrival, those occupants that had escaped weren’t sure if everyone was out, as there were six separate rooms housing different families.

It was apparent that the 1st floor of the building was on fire with smoke billowing out from a window.

Without hesitation, the officers went into the burning building and began to evacuate those occupants who were still inside.

The officers cleared and checked the property room by room. Only once they were certain the building had been cleared did the officers retreat, being pushed back by the fire.

The fire is believed to have been caused by an electrical appliance.Inspector Amy Milton, from the Central Outreach Team, said: “The bravery and selflessness of all the officers involved in this incident highlights the qualities needed to be a police officer. I am so glad that all those inside the building were rescued without injury; something that may not have been possible without the quick thinking of those on the scene.“In the immediate aftermath

the officers provided some of their clothing to keep the elderly residents warm and entertained the children with colouring books and pencils from their recruitment stand – a side of policing you sometimes don’t see!

“It is ironic that officers were in the area, engaging with the public during a recruitment event when an incident like this occurred – there is no better advert for the Met than seeing our officers spring into action and confronting dangerous situations with the safety of the public at the forefront of their thoughts.”

+ London is one of the most exciting and diverse cities in the world – and policing it is no easy task. It takes a huge number of people from all sorts of different backgrounds with a wide range of skills and experience. Do you have what it takes to be one of them? Find out if a career with the Met is what you’re looking for and what kind of challenges; experiences and rewards you could have in store.

To apply to join the Met visit our website or one of our Outreach stalls to speak to officers in person.