Community football club Omonia Youth FC, sponsored by Spector, Constant & Williams, Vas Barbers and V Jewellers, raised £760 for charity last Sunday as managers, coaches and trustees took to the field in the annual managers match. The match is usually played around Christmas but this season the match was played on the morning before the club’s Presentation Day.
The match is a longstanding traditional that stretches back to the founding years of the club and this year’s event, as it has for the last six, is significant as both teams played for a trophy named after Kevin Nottage to commemorate the decade of service Kevin gave to the club. It was with great sadness that the club learned that Kevin passed away after a long battle against cancer in 2016. Kevin was a former Manager, Welfare Officer, qualified Referee, club WFL representative and Committee Member. Kevin was a selfless individual and everyone who knew him described him as a true gentleman and someone who always had a positive attitude towards life. Kevin wholeheartedly embraced everything that he did with energy and thoughtfulness and his contribution to Omonia Youth FC, which spanned a decade, was immense and will never be forgotten.
All the players who played in the match contributed a playing ‘fee’, along with additional donations, and the total collected will be donated to the charity chosen by Kevin’s family. The total raised over the last few years is in excess of £3000. The club were honoured to again have Kevin’s family in attendance for the match.
On a lovely summer morning last Sunday, the players convened, exchanged best wishes before the respective team managers got their squads together and named their teams. Mary Tryphona’s ‘Trifilo United’ and Myri Demetriou’s ‘All Star Legends’ lined up, raring to go. The match was competitive with lots of good football on show. The ‘All Star Legends’ took the lead in the first half thanks to a wonderful finish from Demi Shiamishis…unfortunately his stunning own goal was at the wrong end. ‘Trifilo United’ pressed hard for the equaliser and finally managed to get it thanks to David Poncia, who stayed on his feet long enough to score. George Constantinou gave ‘Trifilo United’ the lead with a sweetly struck volley as they went into half time 2-1 up. The second half was pretty much one-way traffic as the ‘All-Star Legends’ piled on the pressure. Chance after chance was created and went begging. Were the ‘legends’ going to rue their profligate finishing? With seconds on the clock Elia Constanti finally found the net to give the ‘All-Star Legends’ a share of spoils which was the least they deserved.
After the match Chairman Myri Demetriou thanked all involved, particularly Fano Shiamishis who led in organising the event. Myri said: “It was such a great way to start our Presentation Day, which was topped off by a lovely speech by Peter Kyriacou, who was Kevin’s assistant during his time at Omonia Youth, who explained to everyone what a great impact Kevin had at the club”.
Kevin’s wife, Androulla, added, “Kevin lived and breathed Omonia and was truly passionate and proud of everything the club stood for in delivering a game he loved to so many young people. The very talented children were always at the forefront of everything he did. He would be very proud of how Omonia continues to go from strength to strength today. Everyone at Omonia are all amazing people and what I saw and heard on Sunday just echoes that – friendships , inclusivity, loyalty , energy , care and above all providing that safe environment where everyone has a place can achieve and is welcomed”.
The match again symbolised the long-term camaraderie events likes this create, nurtures and cultivate over time as the match featured three former chairmen, a former vice chair, welfare officers, the current chairman, current and former club secretaries, club treasurers and club trustees. As the match was played on Presentation Day, there was also a healthy crowd in attendance and it was another great advert for the club.
The club would like to thank Kevin’s family for attending, M&A Coachworks who donated the trophy for the match six years ago, the referee and his assistants. Finally the club would like to thank all who donated a playing fee for charity. If you wold like to donate, please use the following link: https://pay.collctiv.com/nottage-memorial-match-87942
This event is a mainstay in the club calendar and exemplifies the community spirit of the club. It is important that the friendship and team spirit among club stakeholders continues and the dedication continues to ensure the work of previous officials, managers and parents, like Kevin, is never forgotten and is honoured in the right way. It is important to the club that their legacy continues and is used as an inspiration and example for the next generation of players, managers, coaches and parents to ensure Omonia Youth FC continues to be a positive and safe sporting outlet for the youth of the community. This positive message is one the club is rightly proud of. 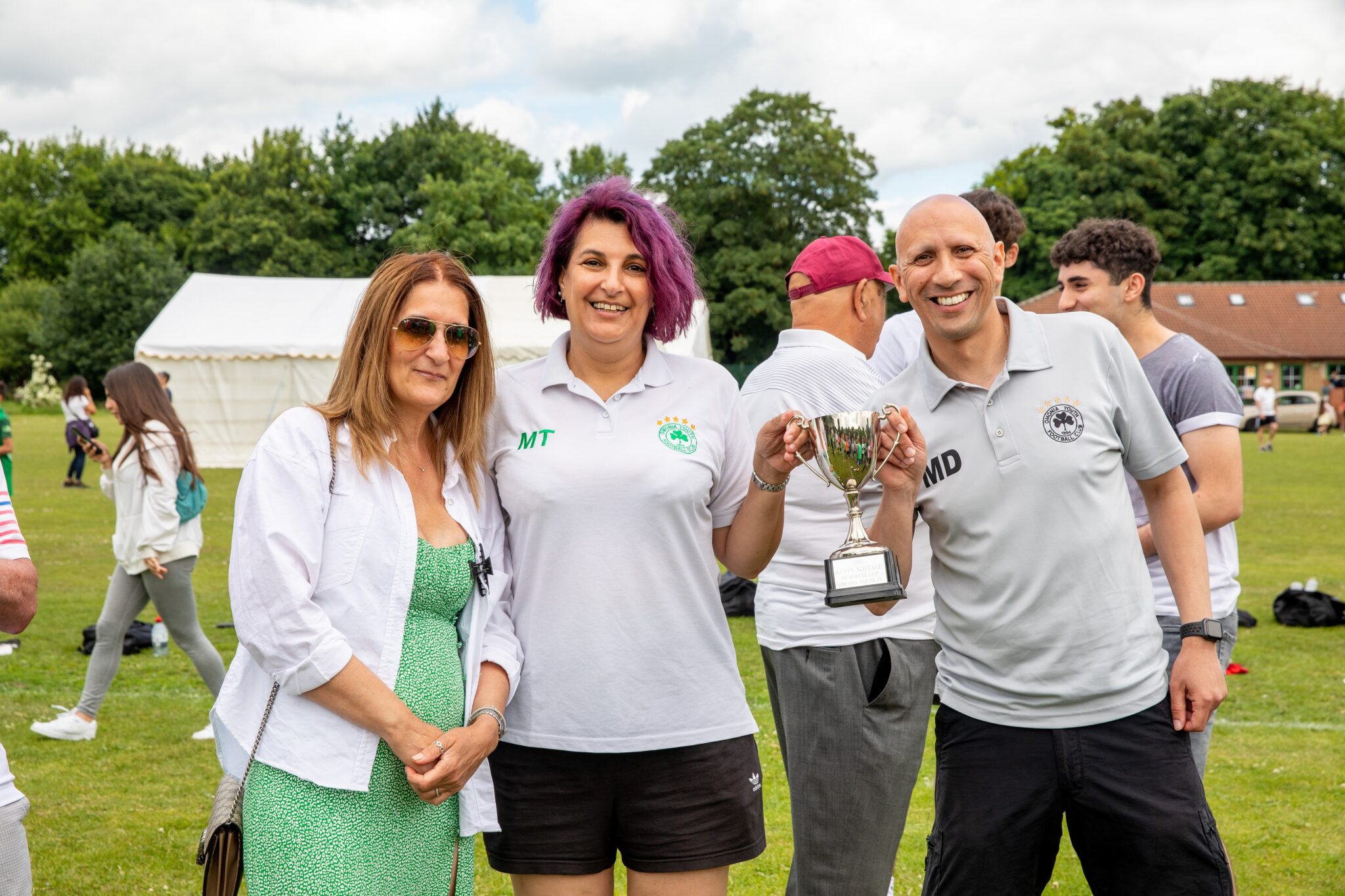 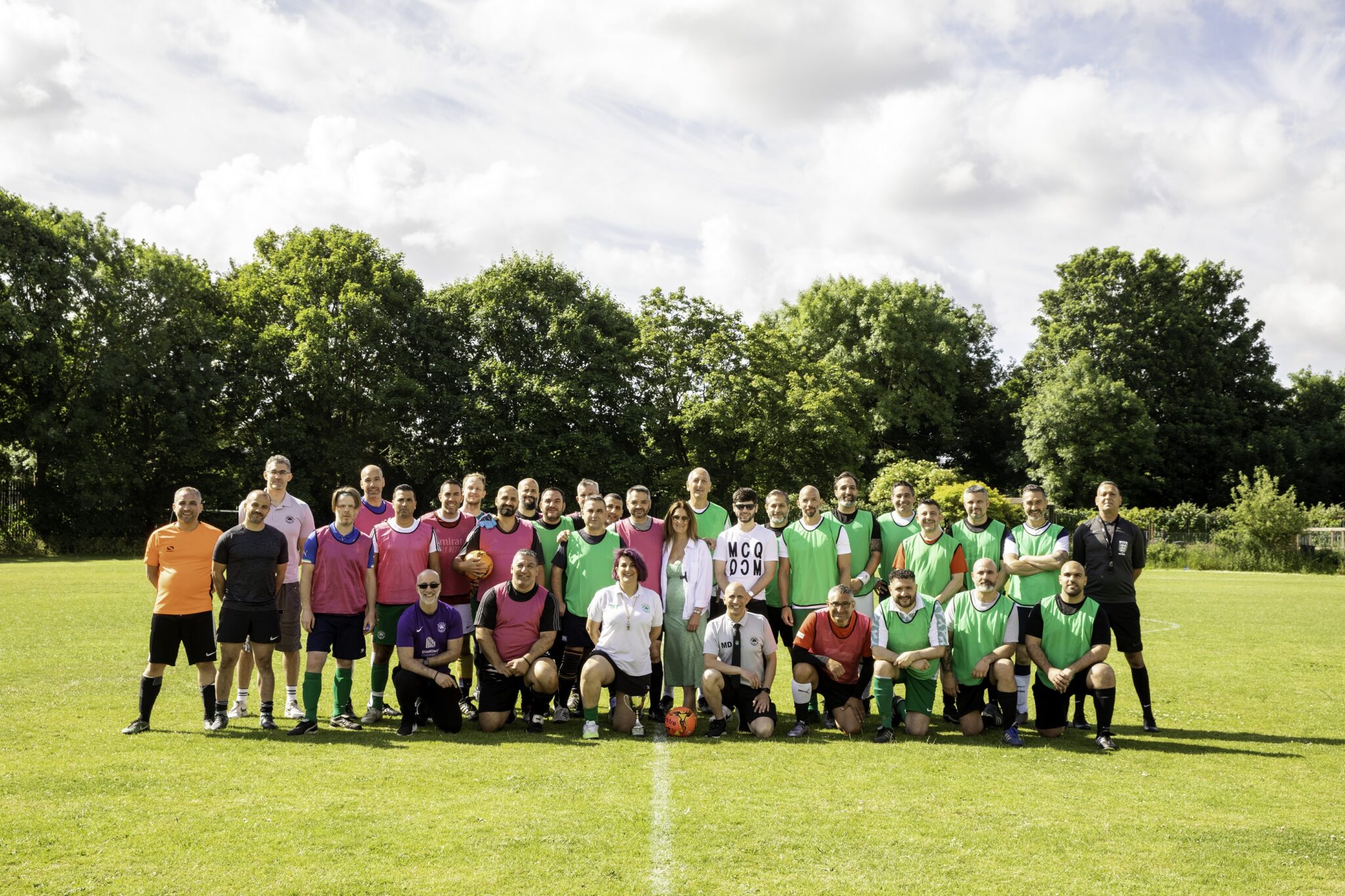