Ministry of Labour bids farewell to Zeta Emilianidou, noting that she was a role model both in politics 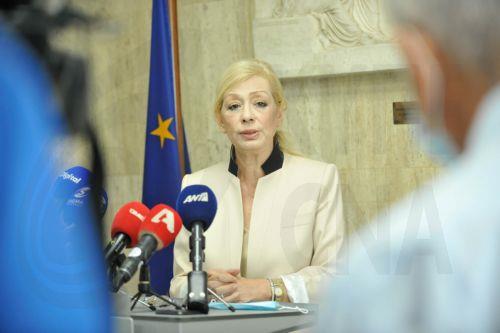 The personnel of the Ministry of Labour and Social Insurances bids goodbye to Zeta Emilianidou, with an announcement following her passing away, noting that she was a role model in both politics and society.

The Ministry’s announcement also praises the late Minister, as a “competent, hard-working and gifted woman, who stood out for her intelligence, honesty, humanity and efficiency”. With a brief flashback in her time in the office, the announcement also mentions that she had promoted a series of reforms in all sectors of the Ministry’s responsibility, placing an emphasis on social welfare, working rights and gender equality.

The announcement concludes bidding farewell to Zeta Emilianidou, saying that “the passion with which she stood up for working people and citizens’ rights, was for her a way of life”.