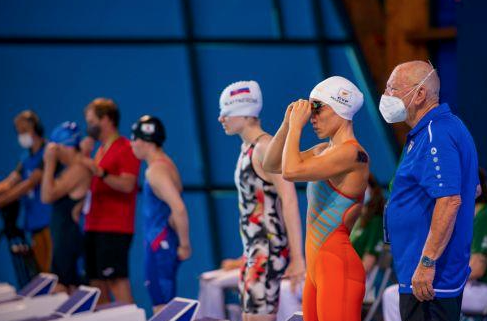 President of the Republic, Nicos Anastasiades, congratulated Karolina Pelendritou for her gold medal at the 2022 World Para Swimming Championships in Maderia, Portugal, with a 29.81 time in the women’s S11 50 free.

In a post on Twitter, he said “congratulations to our Karolina for being named gold world champion for the 4th time.

“Good luck for what’s next to come”, the President added.

In statements, Pelendritou said she is feeling joy, satisfied and justified for her decision to extend her sports’ career after the Tokyo 2020 Games.

Speaking from Madeira, Pelendritou said that she was “greatly moved and proud” to hear the national anthem of Cyprus as she stood on the highest platform of the podium, following her gold medal victory.

My efforts were rewarded in the best possible way and I managed to represent my country and Hellenism the best way, she added.

She also said “the one who wins a final is the one who can manage problems, dominate his/her emotions and external factors, and be able to cope under pressure with the burden and demands of a world championship final”.

Pelendritou is now getting ready for the 100m breaststroke that will take place on Tuesday, 14 June at 2206 Cyprus time.