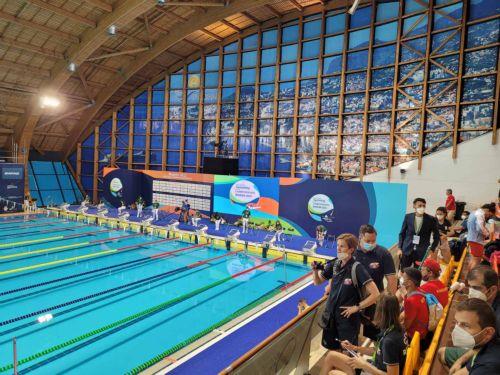 The Cypriot champion clinched the victory in the second qualifying series of the S11 category and first in the general classification of the 50m freestyle, achieving a new record of 29.58 second which is also a new European record.

The final will be held later this evening.

Head of the Cypriot National paralympic committee delegation, Efthimios Polidorou, congratulating Pelendritou, he told CNA that she is “simply unbeatable, a worthy ambassador of Cyprus”.

The games’ announcers commented on Pelendritou’s achievements and expressed admiration for this great Cypriot athlete.