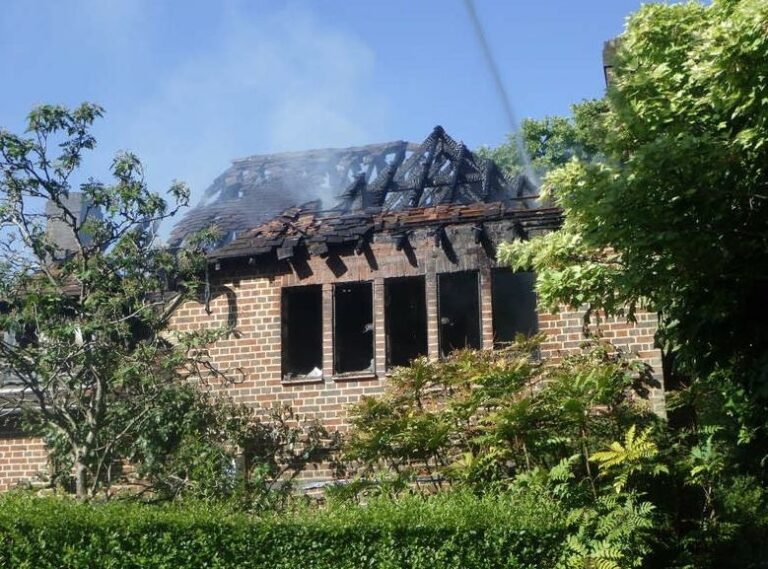 Six fire engines and around 40 firefighters tackled a house fire on Middleton Road in Golders Green.

The whole of the first floor and the roof of a detached house were destroyed by fire. Two women left the building before the Brigade arrived. There were no reports of any injuries.

The Brigade’s 32-metre turntable ladder was used as a water tower, helping to get water on to the fire from above. Firefighters remain at the scene.

The fire is believed to have been accidental and caused by sunlight.

A London Fire Brigade spokesperson said: “These sorts of fires are not as rare as you would think. They can happen all year around, but as we head into summer and the sun gets stronger, it’s really important that reflective items such as mirrors, crystals and glass ornaments are kept out of direct sunlight.”

The Brigade was called at 0657 and the fire was under control by 0856. Fire crews from West Hampstead, Hendon, Finchley and surrounding fire stations attended the scene 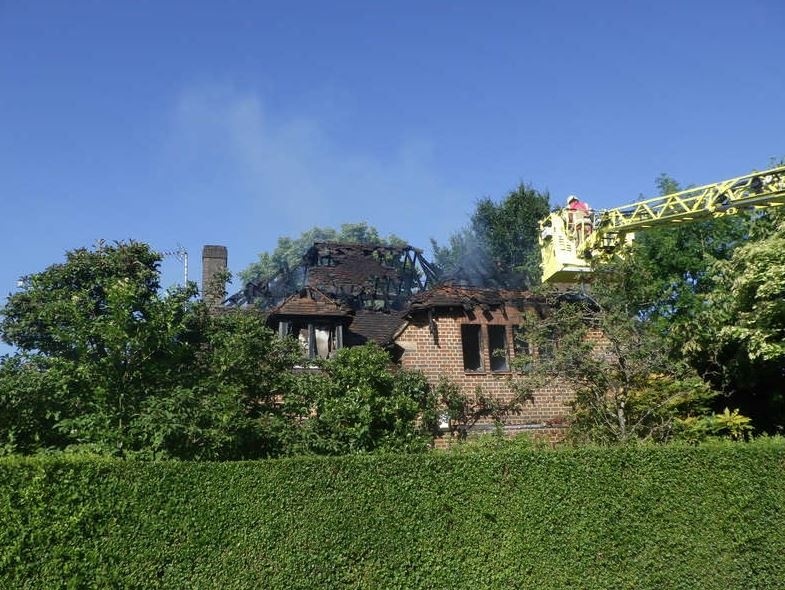 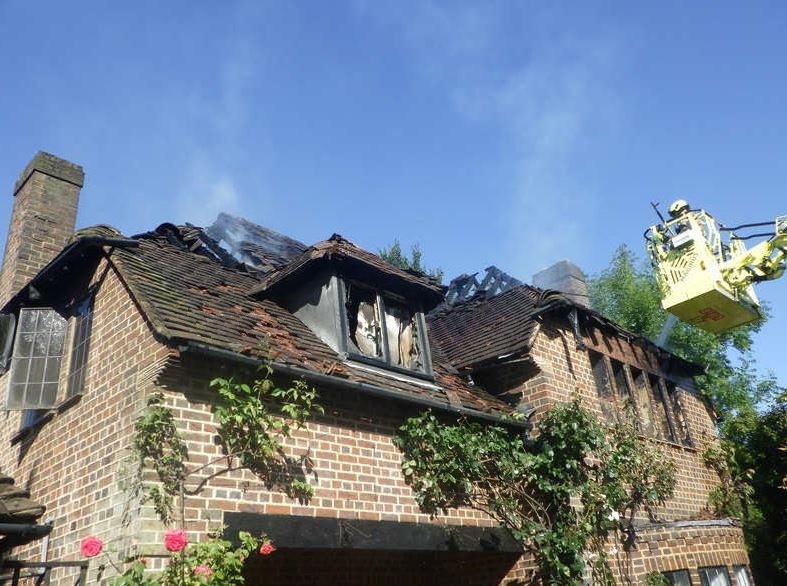 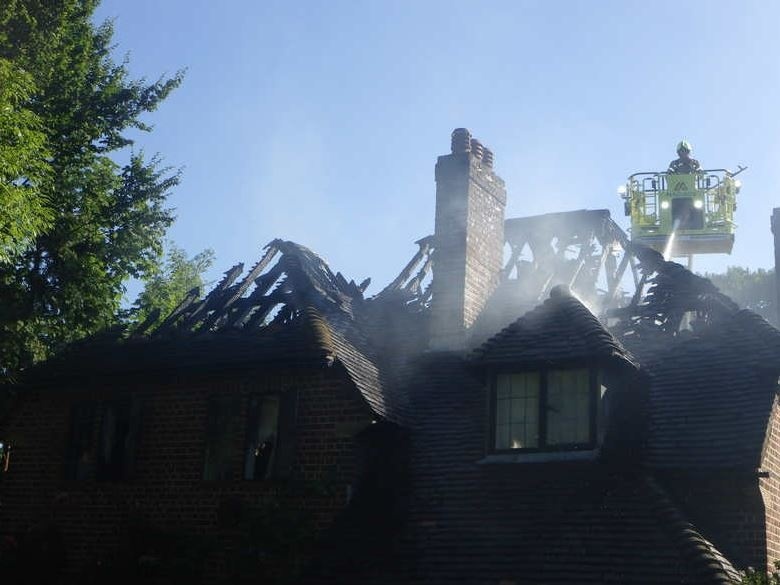 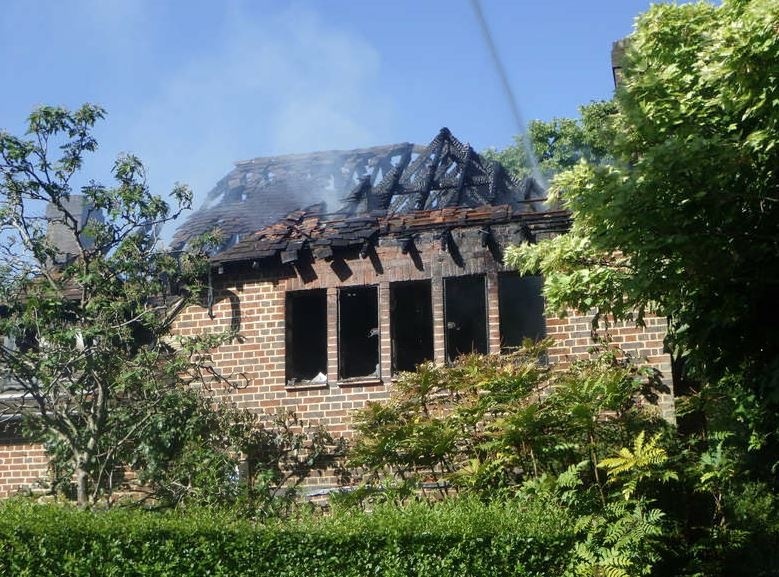