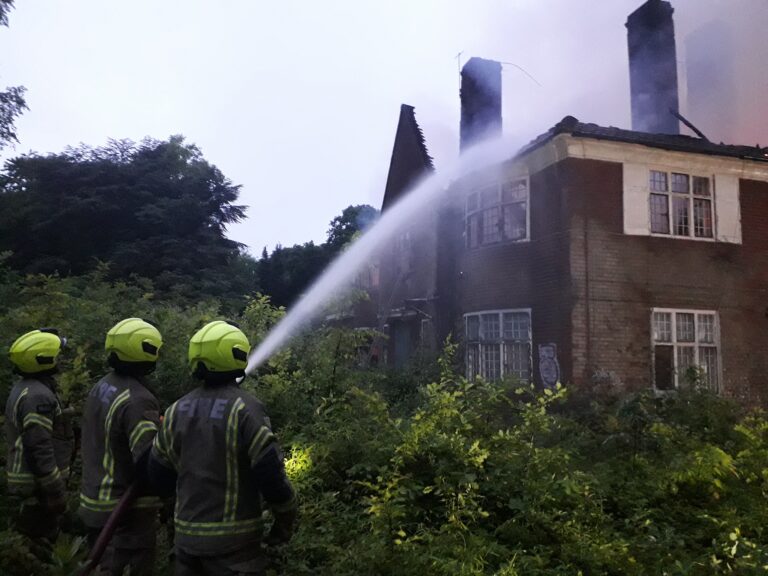 Six fire engines and around 40 firefighters were called to a house alight on The Bishops Avenue in East Finchley.

The roof, first floor and ground floor of the detached property were destroyed by the blaze. There were no reports of any injuries.

Station Commander Rob Hazzard, who was at the scene, said: “The property is believed to be disused and empty at the time of the fire, so fortunately there were no reports of any injuries.

“Firefighters were faced with a significant fire on arrival which involved the whole of this large building.

“Crews worked hard to tackle the blaze and bring it under control.”

The Brigade was called at 0345 and the fire was under control by 0600. Fire crews from Finchley, West Hampstead, Hornsey and Kentish Town fire stations were at the scene. 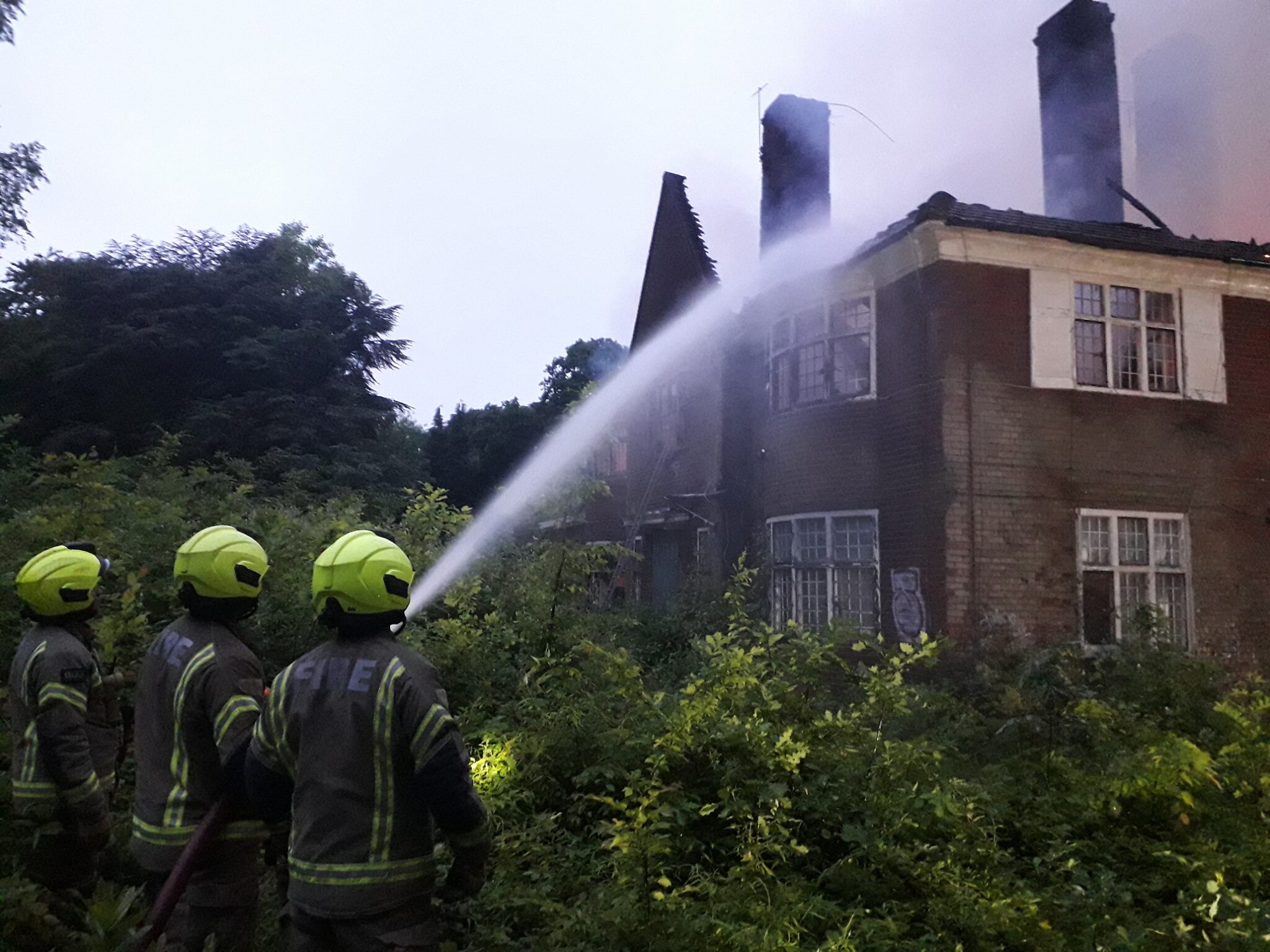 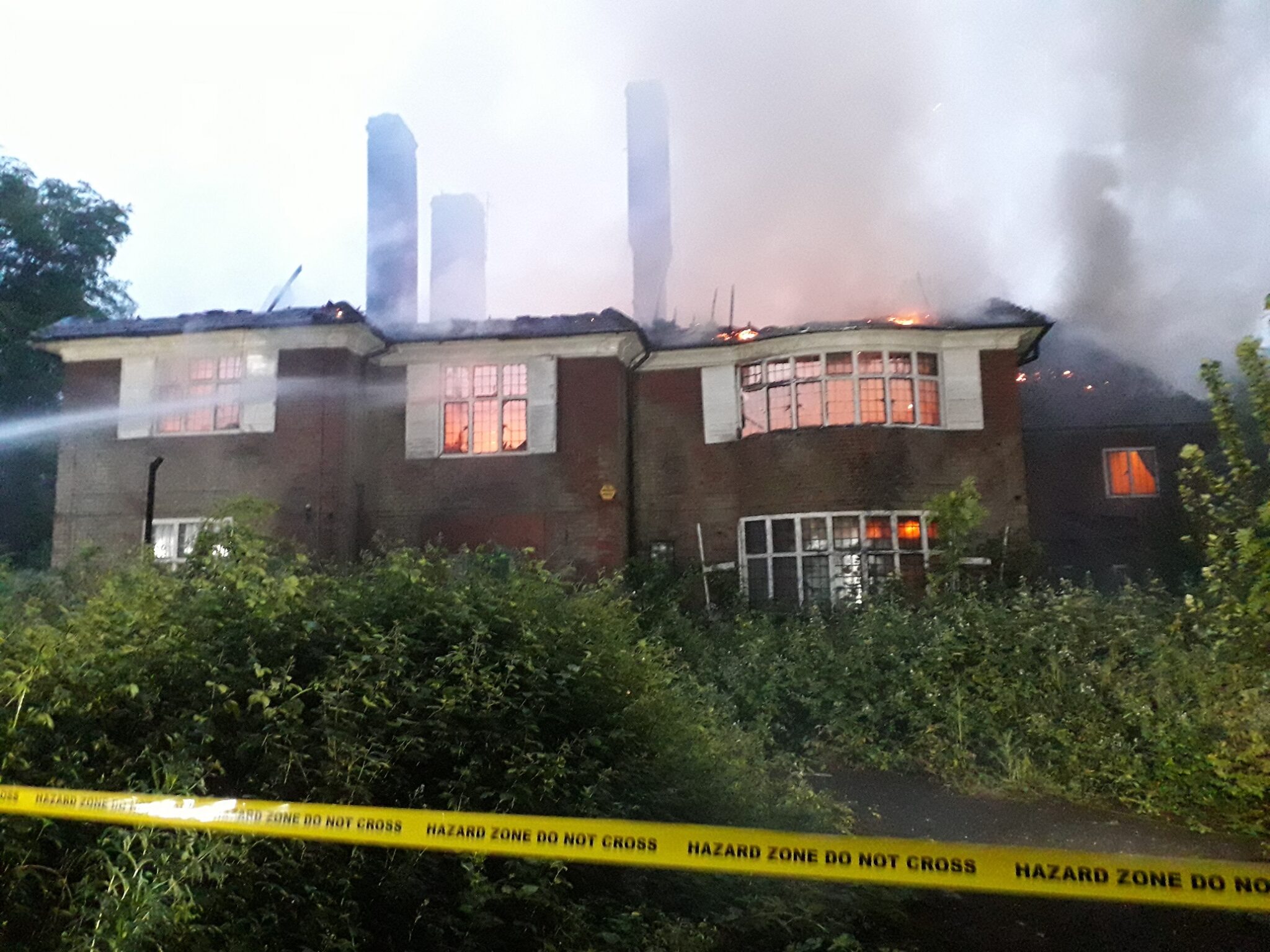 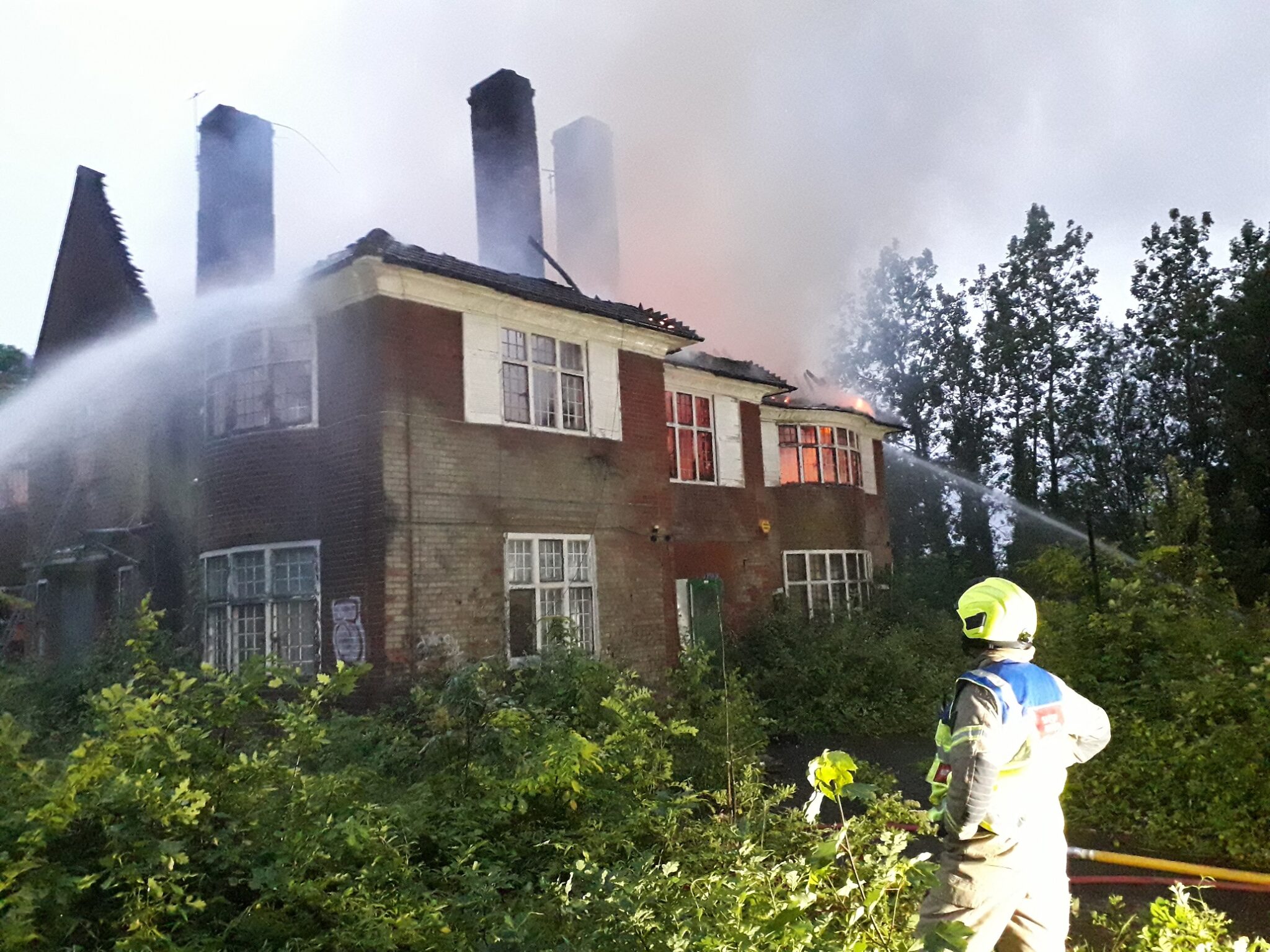 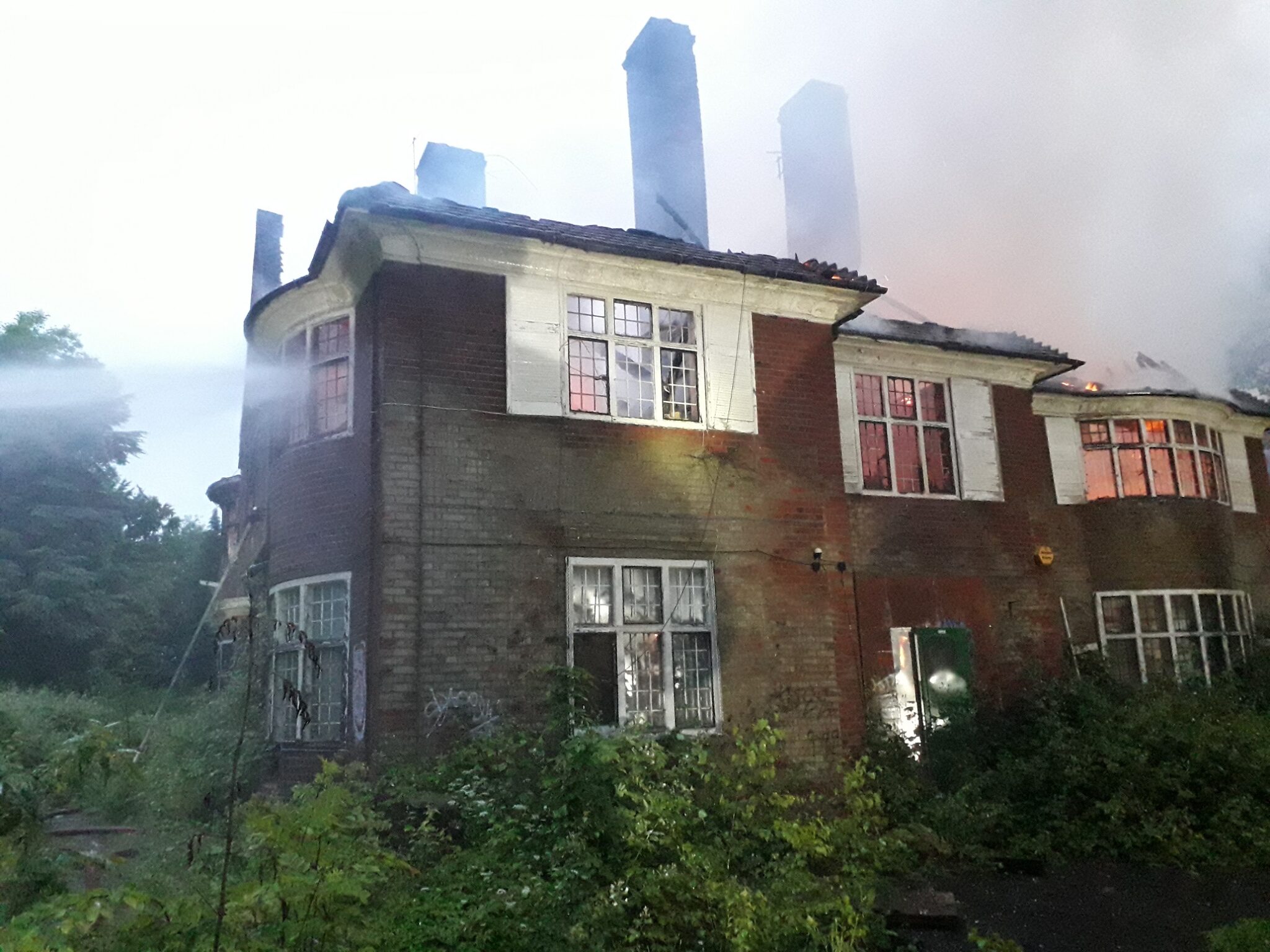