Gardens of the Future” from Cyprus, one of the projects that have received a New European Bauhaus award for 2022 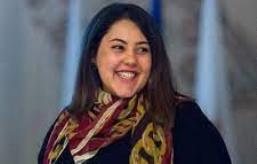 The Cypriot project “Gardens of the Future” was one of two winners of the public vote selected to join a total of 18 projects awarded with one of the New European Bauhaus prizes for 2022, the European Commission announced on Monday.

According to the press release, the 18 projects which were announced at the end of the New European Bauhaus Festival on Saturday, are inspiring new examples of the transformations that the new European Bauhaus aims to bring to our everyday lives, living spaces and experiences.

This year, 1,100 projects applied for the awards. Four prizes were awarded in each of the four categories, each including prizes for completed projects and ‘rising stars’ for ideas from young talent aged 30 or younger.

“Gardens of the Future” is a grass-root organisation aiming to transform an abandoned space in the heart of Nicosia into an innovative sustainability project connecting people with each other in their capital city to create a lush, green space.

In the “Reconnecting with Nature” category, winning projects came from Spain, France, Germany and Poland. In the “Regaining a sense of belonging” category, awards were given to projects from Austria, Lithuania, Poland and Czechia. The projects receiving awards in the category “Prioritising the places and people that need it the most” came from Belgium, Greece, Italy and Hungary. Finally, projects from Portugal, Romania, Finland and Italy received awards in the “Shaping a circular industrial ecosystem” category.

The other winner of the public vote was the project “Biophotovoltaics for nature and people”, a project from Spain in the “rising stars” category.