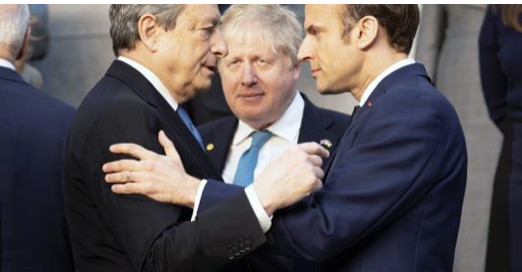 Cyprus President, Nicos Anastasiades, will attend a dinner for the EU and NATO leaders, that will take place on Wednesday in Madrid.

As the Director of Anastasiades’ Press Office, Andreas Iosif, had announced, the President will travel to the Spanish capital, where the NATO summit will take place. According to a written statement, President Anastasiades has been invited and will attend the dinner which the Prime Minister of Spain, Pedro Sánchez, will be hosting one the sidelines of the summit for the EU and NATO leaders, during which Anastasiades will deliver a speech.

According to Iosif, Anastasiades’ trip to Madrid will give him the opportunity to hold bilateral meetings with foreign leaders and brief them on issues concerning Cyprus, with the Cyprus problem being at the top of the agenda.

“His proposal for the implementation of CBMs that will help the whole process and the need for the Turkish side to abandon any provocative actions and its intransigent position will be the focus of President Anastasiades’ contacts,” Iosif said, adding that the the President will return to Cyprus on June 30.