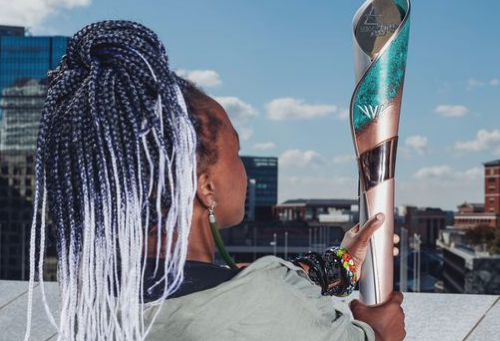 The Queen’s Baton Relay is coming to the Borough of Broxbourne as part of its epic journey around all 72 nations and territories in the Commonwealth.

The baton relay will be coming to Lee Valley White Water Centre, in Waltham Cross, on Friday 8 July. The event will start with community baton bearer Lynn Whitnall handing over to British Olympian Mallory Franklin, who will then take the baton down the iconic Olympic white water course.

There is a primary school festival being held on site as part of the day’s festivities. This is not open to the public, but baton’s arrival will still be viewable from either side of the White Water Centre’s Olympic course.

Lynn Whitnall was chosen following her efforts as a trustee of both The Big Cat Sanctuary and the Zoological Society of Hertfordshire, for which she has raised more than £100,000. This includes climbing Mount Kilimanjaro, Mount Kala Patthar, and to Everest Base Camp, a relay swim of the channel, 18 consecutive London Marathons, and trekking the Sumatran rainforest with a tiger patrol unit tackling poaching.

Mallory Franklin is a British Slalom Canoeist who has won five World and seven European championships, as well as Silver at the 2020 Olympics. She has won 11 medals in total at the ICF Canoe Slalom World Championships, in addition to 17 medals at the European competition.

The baton will be brought to Waltham Cross as part of the 25-day tour of the country, which will finish in the Commonwealth Games 2022 host city of Birmingham for the opening ceremony on 28 July.

“It is incredible that, following our successful beacon lighting events for the Queen’s Platinum Jubilee, the Borough of Broxbourne is once again taking part in a major international celebration.

“We are proud to announce the Queen’s Baton Relay is coming to Waltham Cross, and look forward to celebrating the community and togetherness that the Commonwealth Games represents.”