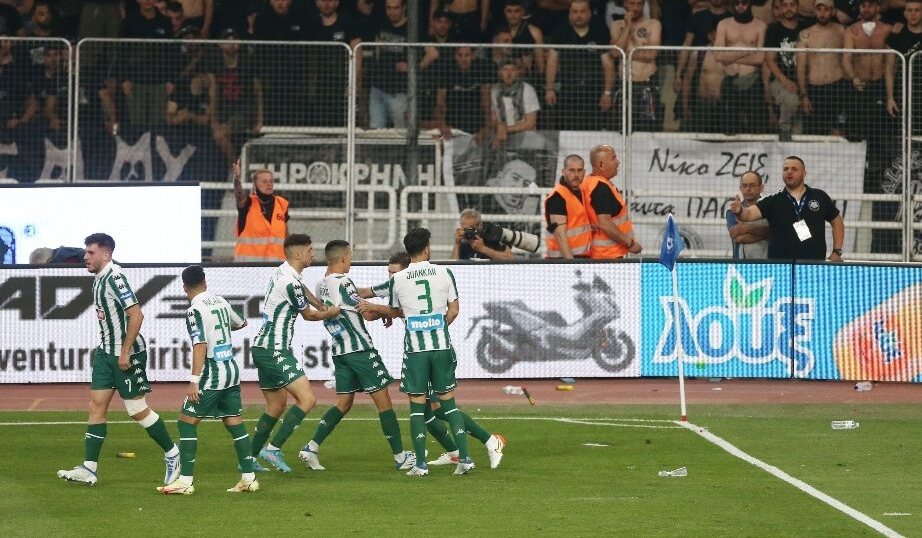 Panathinaikos won its first silverware in eight years downing PAOK 1-0 in the Greek Cup final on Saturday, in a particularly eventful game in Athens.

Playing in front of a split crowd of 50,000 fans, the two finalists produced a decent final, with the Greens dominating the first half and the Thessaloniki team trying to equalize in vain in the second.

Fan clashes delayed kickoff for half an hour, and the first half was also stopped for 35 minutes due to missiles hurled from PAOK fans at the Panathinaikos players.

That was just after the penalty kick by Spanish winger Aitor, who converted the kick awarded by his compatriot referee Antonio Lahoz on the 32nd minute through the VAR process.

Panathinaikos missed more chances for a second goal, while PAOK was unable to put the necessary pressure that would have made the Athens giant crumble.

The final whistle had the Greens celebrate their 19th Greek Cup that has put an end to a long barren spell since the 2014 Cup final when Panathinaikos had also beaten PAOK.