Cyprus can draw up to 5 million euro from the EU to support the farming sector, Kadis said 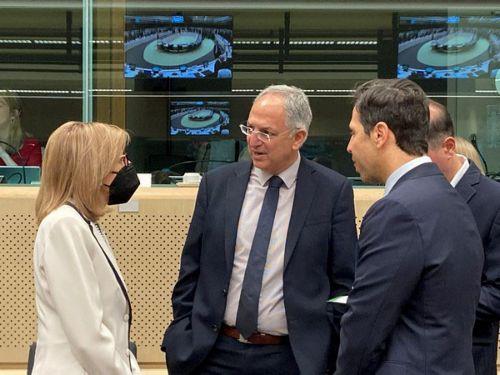 The adoption of a Croatian proposal, which was supported by Cyprus and other member states, to support farmers in the European Union and approved by the Commission last Friday, will enable the country to raise up to 5 million euros for this purpose, Agriculture Minister Costas Kadis said on the sidelines of the Agriculture and Fisheries Council of the EU in Brussels on Tuesday.

In a statement, Kadis said that Tuesday’s meeting proved that small member states such as Cyprus can also play a leading role, contributing to the formulation of pan-European policies, citing as examples the decision to support farmers as well as Cyprus’ proposal for a common EU-wide list of animals that can be kept as pets.

Kadis said that the Commission briefed the member states on its decision to accept a request by Croatia, Cyprus and other member states to provide emergency temporary support to farmers affected by the energy crisis and the rise in prices, through the EU’s budget for Rural Development. Kadis stressed that what the Commission presented was exactly what Cyprus had proposed during the last meeting of the Council.

“Through the adoption of this proposal, Cyprus in particular will be able to raise an amount of 5 million euros to support Cypriot farmers to get through this difficult period caused by the large increases in the prices for fuel fertiliser prices and animal feed”, he added. Kadis also said that the Council of Minister will on Friday discuss the distribution of these funds as well as of any additional resources to be approved by the Ministry of Finance.

Kadis also referred to the Cypriot proposal to create a European “positive list” of animals for which trade will be allowed, and the positive role such a decision can play towards protecting biodiversity.

“Our proposal is also very important when it comes to animal protection and welfare – wild animals are not meant to be kept in captivity – and, of course, it plays a positive role regarding the safety and health of citizens,” he noted.

“It is with great satisfaction that we saw the proposal presented by Cyprus embraced by almost all the member states of the EU, while the European Commission has indicated to us that it will study precisely the creation of a legislation which will include a provision for the creation of the positive list, as proposed by Cyprus,” he added.