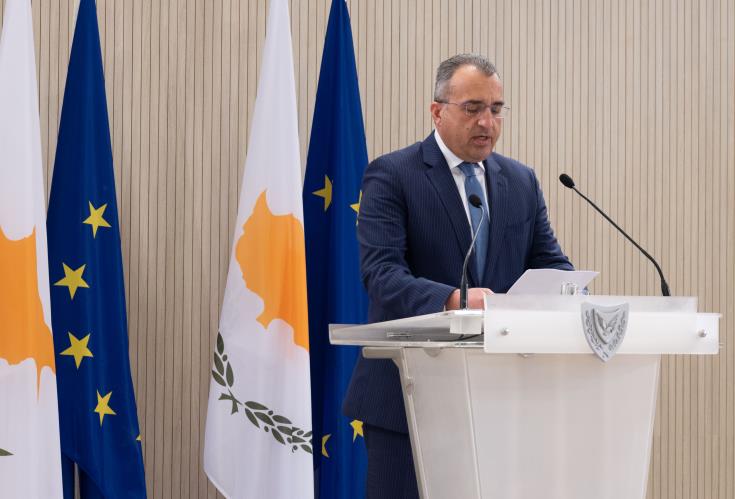 The cabinet has approved on Tuesday the relaxation of public health measures in place due to COVID-19, to come into effect from Monday, 21 February, announced Health Minister Michalis Hadjipantela.

These include lifting the entry ban on those who have not completed their vaccination regime in restaurants, nightclubs, stadiums, theatre, cinema, weddings, christenings and hotels or tourist accommodations.

In addition, from Monday onward, a total of 20 people will be allowed in private gatherings (excluding children up to 12 years of age).

The ban on dancing is lifted while the maximum number of people in restaurants and catering establishments will be increased after a special protocol is set up.

The Cabinet also authorised the Minister to negotiate with the relevant bodies the implementation of the protocol after approval by the Advisory Scientific Committee.

Children aged 4 and over attending kindergarten and pre-elementary schools will have to undergo a weekly rapid test, the Minister added.

The “test to stay” measure will be introduced in kindergartens and pre-elementary schools, excluding nurseries. The measure’s implementation will be announced after deliberations with the relevant services, unions and parents’ associations.

In addition, the “test to stay” measure will also be implemented in the Public and Education Services after consultations with the relevant authorities and workers’ unions. The measure will remain in effect at elementary and secondary schools.

From Monday, 21 February, the percentage of teleworking in companies will be reduced from 50% to 25%. Those who test positive or are close contacts of a positive case will self-isolate and work from home.

All surgeries can be resumed from 28 February while patients will continue to be referred to the emergency rooms of private hospitals to help decongest state hospitals.

The cabinet also decided to require workers at daycare facilities, transitional reception centres and children’s daycare facilities to show a negative PCR test with a 72 hour validity or a 24-hour Rapid Test or complete vaccination regime or a valid COVID-19 recovery certificate.

From Monday, capacity at stadiums is increased to 70% and at 75% at cinemas and theatres.

All measures will continue to be in effect until 14th March.

In statements to journalists, the Minister said that the epidemiological indicators have stabilised in the last few days and there is a significant decrease of pressure on the island’s health system, allowing the government to be cautiously optimistic about the course of the pandemic.

He noted however that this “stability is not guaranteed and that without everyone’s efforts, both collectively and personally, the epidemiological picture can change at any moment”.

The Minister said that schools remained open as well as businesses during Christmas and at present “we are able to relax the restrictive measures” and can also plan ahead for further relaxations.

However, he said our next steps should be firm and carefully planned out, reminding those other countries which lifted all measures are now risking their epidemiological situation.

We understand the concerns and desires of the people and make every effort to return to normality the soonest and safest, the minister concluded.