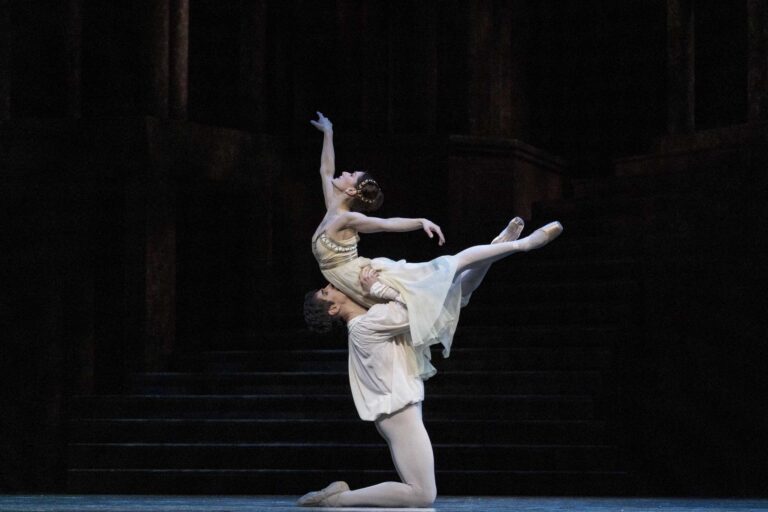 Sometimes the best things in life are unplanned. So it was when a long lost friend invited me to a show she was very keen to see. She works for a casting agency and her boss urged her to go promising a “theatrical gem”. Promises promises… Hampstead Theatre have just completed a series of revivals with Alan Plater’s Peggy For You (premiered in 2000) being the dramatic denouement to what, by all accounts, has been a wonderful season. The play looks at the life of Peggy Ramsay – about whom I knew next to nothing – agent to the great, the good and the contentious.
Born in Australia and raised in South Africa, she came to England in1929. In 1953, with help from various friends and acquaintances she opened her own agency which, for her entire career, was based in Goodwin’s Court off St Martin’s Lane. So next time you’re off to the Coliseum or the Duke of Yorks, have a little wander down there and know that you are in the neighbourhood of probably the most influential play agent in the UK during the second part of the twentieth century.
She represented Alan Ayckbourn, David Hare, Eugène Ionesco, Joe Orton, J.B. Priestley and Stephen Poliakoff. Pretty much the premier league playwrights of their time. She was a complex and obsessive individual who was at once a warm comforting embrace who could then pivot into an agent on a mission not willing to suffer fools gladly. This was particularly evident in her relationship with Orton which disintegrated not long after putting him into the spotlight. Plater is careful not to personalise any of her star names and instead creates seemingly fictitious characters with whom she shows her many sides.
New writer Simon (Josh Finan) is willing to do whatever it takes to progress while Philip (Jos Vantyler) is a different proposition. Already a success in his own right and with a complicated personal life she recognises the talent for what it is but is less inclined to engage on a more intimate level. The most interesting relationship is undoubtedly with Henry (Trevor Fox), imbued with wit and mutual respect.
Tamsin Greig is superb as Ramsay, a strong, independent woman, ahead of her time and armed with the skill and determination to succeed whatever the obstacle. Outwardly assured below the plimsoll line she hurts, a failed marriage and loss are lifelong scars, but this remains hidden for most of the time and when it does surface she is quick to bat it away with a wry comment, often at her own expense. Greig revels in the role and benefits from Richard Wilson’s deft direction which makes the best of her comedic ability contrasted with the more fragile and sympathetic individual. Perhaps not a theatrical gem as such but very much a production worth seeing.
And Gracia Erinoglu is delightfully surprised…
My expectations were high, after all this is the Royal Ballet performing Kenneth McMillan’s iconic choreography of Romeo and Juliet (Royal Opera House). However, I did not expect the spectacular and riotous cacophony of sound, colour and dance. A cast in beautifully designed costumes, an equally sumptuous set, they appeared as if it were a renaissance painting. Gorgeous, great credit to designer Nicholas Georgiadis.
Juliet (Marianela Nuñez) was angelic, flirtatious and delicate, a coy girl filled with passion and desiring of romance. Her dancing was graceful and expressive, she lit up the stage. Mercutio (Marcelino Sambé) too was a colourful presence with a sassy personality, comedy and masculine elegance. Romeo (Federico Bonelli) is a technically accomplished dancer but with little charisma and finesse, at times appearing to be awkward and lacking in confidence.
McMillan’s choreography is a work of art. The act one fight scene being the epitome of his creativity. However, the scene that took my breath away was the Dance of the Knights and Ballroom scene in act one. A majestic extravaganza that resembled a coming together of Dangerous Liaisons and a Jean Paul Gaultier catwalk show. Imagine that. A thrilling evening made even better by the excellent corps de ballet, and orchestra conducted by Alondra de la Parra.