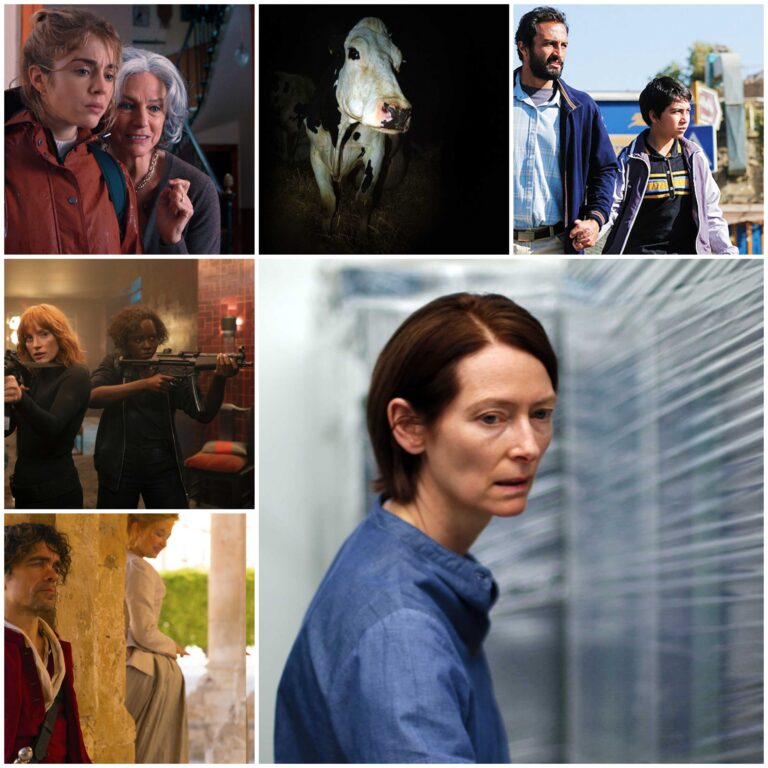 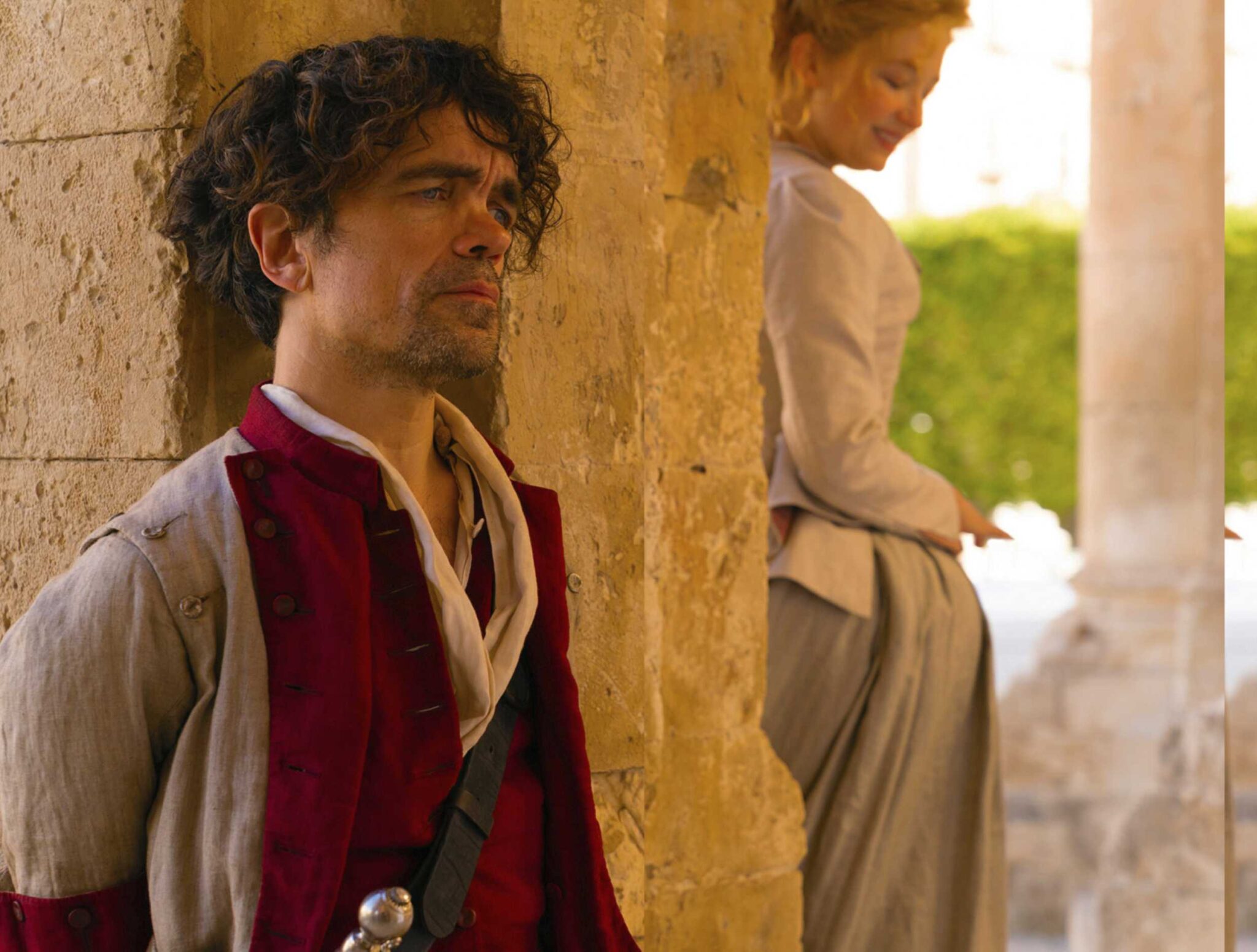 Edmond Rostand’s classic play “Cyrano de Bergerac” is often revived on stage and screen with many memorable productions including Jean Paul Rappeneau’s 1990 adaptation with Gerard Depardieu as the eponymous hero, the celebrated swordsman and poet in love with Roxanne. But his big nose becomes a hindrance to his confidence. There is also a modern version of the classic tale in Fred Schepisi 1987 ROXANNE with Steve Martin as the enamoured protagonist. Now we have a musical version directed by Joe Weight, a wonderfully theatrical and deeply moving production with Peter Dinklage as Cyrano, a proud officer of the King’s Guard deeply in love with the beautiful Roxanne (Halley Bennett). But she instead is head over heels for the handsome new recruit Christian (Kelvin Harrison Jr.)…
It is a wonderful version of the celebrated love triangle which works a treat thanks to spellbinding performances and masterful direction by Joe Wright. Dinklage is perfectly cast, a vulnerable man without the famous big nose but “a freak” as he calls himself because of his height. Bennet is also delightful as the romantic heroine, delivering a fresh and highly watchable performance with a voice of an angel. But it is Joe Wright’s striking vision complimented perfectly by incredible designs that will stay long in the memory! 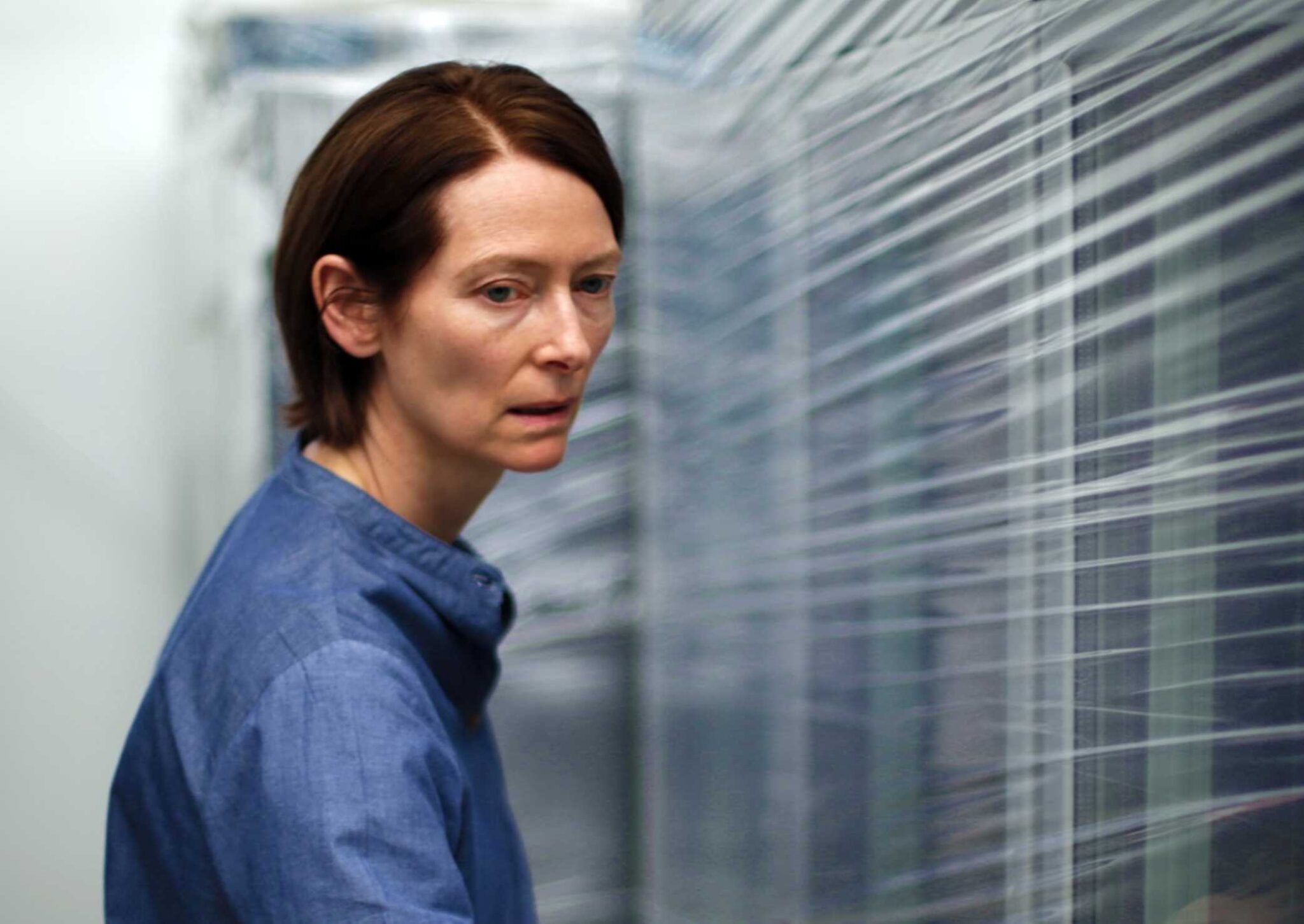 The multi award winning Thai director Apichatpong Weerasethakul, well known for such mesmerising films as UNCLE BOONMEE WHO CAN RECALL HIS PAST LIFE and CEMETERY OF SPENDOUR, delivers another hypnotic film exploring spirituality, life and death. This time he sets his action in Latin America and follows the story of Jessica (Tilda Swinton) a British woman travelling to Bogota in Colombia to visit her sister. During her visit she meets Agnes (Jeanne Balibar) an archaeologist studying human remains recently discovered in a tunnel. Her encounter with Agnes as well as with a fish scaler at the nearby village, ignites Jessica’s desire to examine her memories and own existence…
Swinton is very persuasive in a complex role and is very admirable in many scenes spoken entirely in Spanish and filmed in long takes. Like Weerasethakul’s previous films it requires patience but once you surrender to its beauty and rhythm it pays dividends. 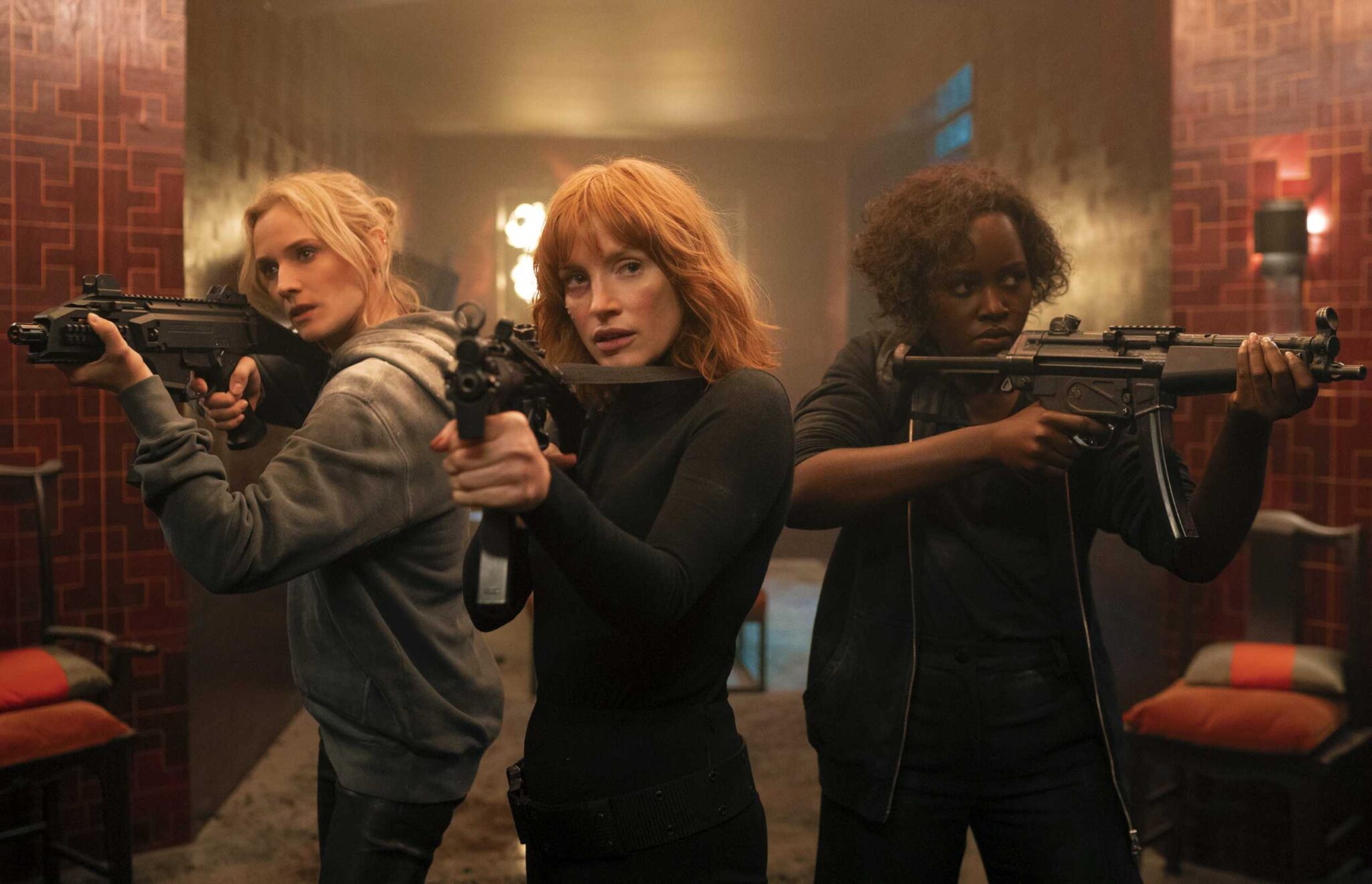 This promising spy thriller, featuring five brilliant international leading ladies, opens in South America where a top secret weapon falls into the wrong hands. CIA agent Mason Brown (Jessica Chastain) is sent to Paris to investigate and she reluctantly agrees to join forces with her rival the German agent Marie (Diane Kruger). They soon realise they also need help from British computer specialist Khadijah (Lupita Nyong’o) and from Colombian psychologist Graciela (Penelope Cruz). Their investigation takes them to Morocco before they reach Shanghai, where they meet the mysterious Lin (Bingbing Fan)…
The first half is routine action stuff where the ladies get the chance to kick ass like there’s no tomorrow and fire their guns endlessly. But half way through the film changes gear and enters OCEAN’S EIGHT territory, especially in the auction sequence. Overall, a mixed bag -a mediocre adventure lifted by the presence of these remarkable ladies. 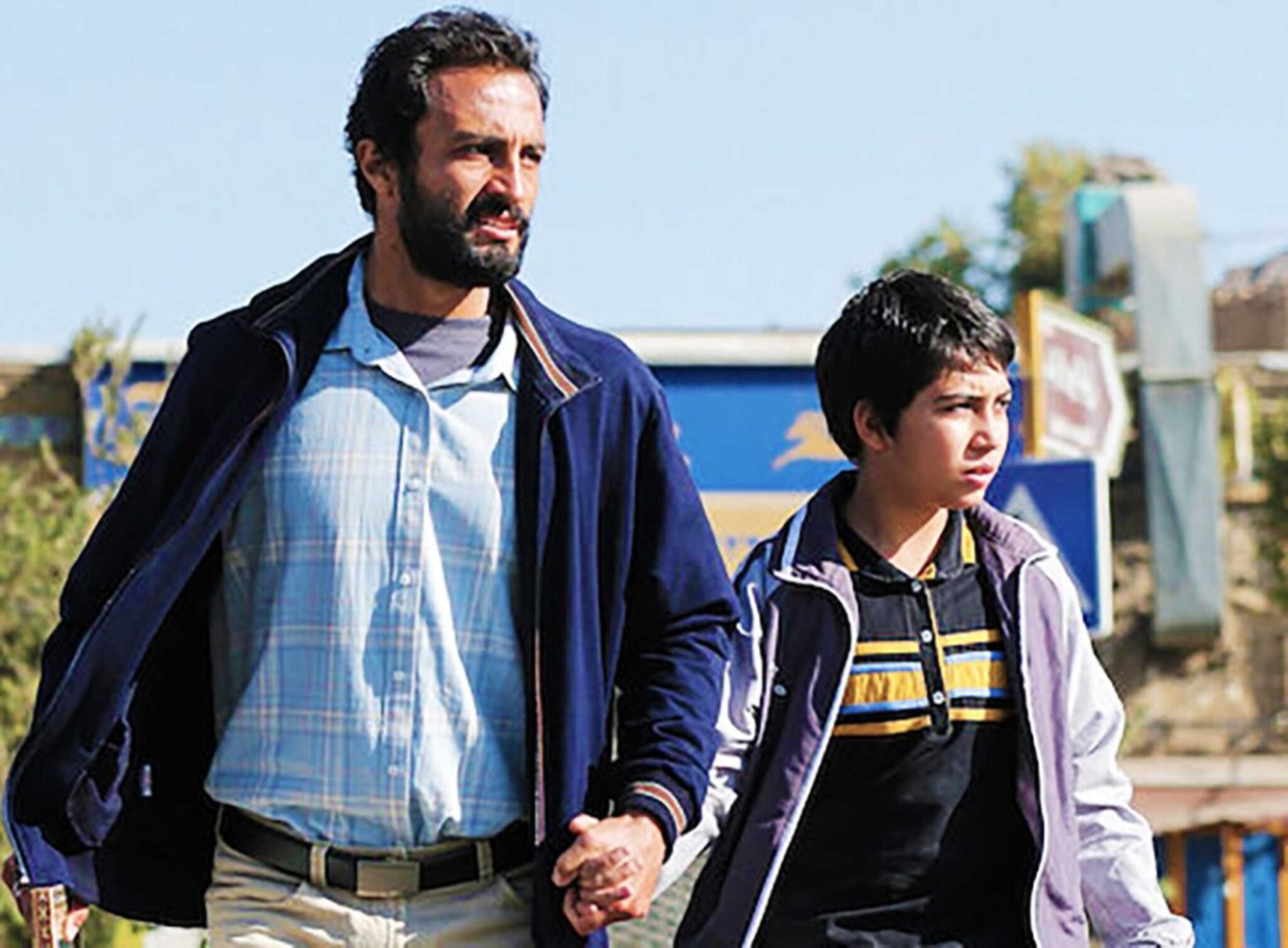 The acclaimed Iranian director Asghar Farhadi of such modern classics as THE SEPERATION and THE SALESMAN, tells another intriguing story in his compelling new film. Rahim gets a two day leave from prison and spends his precious time trying to convince his creditor to withdraw his complain about the debt he owes. But soon after things take an unexpected turn…
Farhadi is an expert in telling complex stories about simple, ordinary people caught in a world beyond their control. A deserved Grand Prix winner at Cannes and Iran’s entry at this year’s Oscars! Essential viewing! 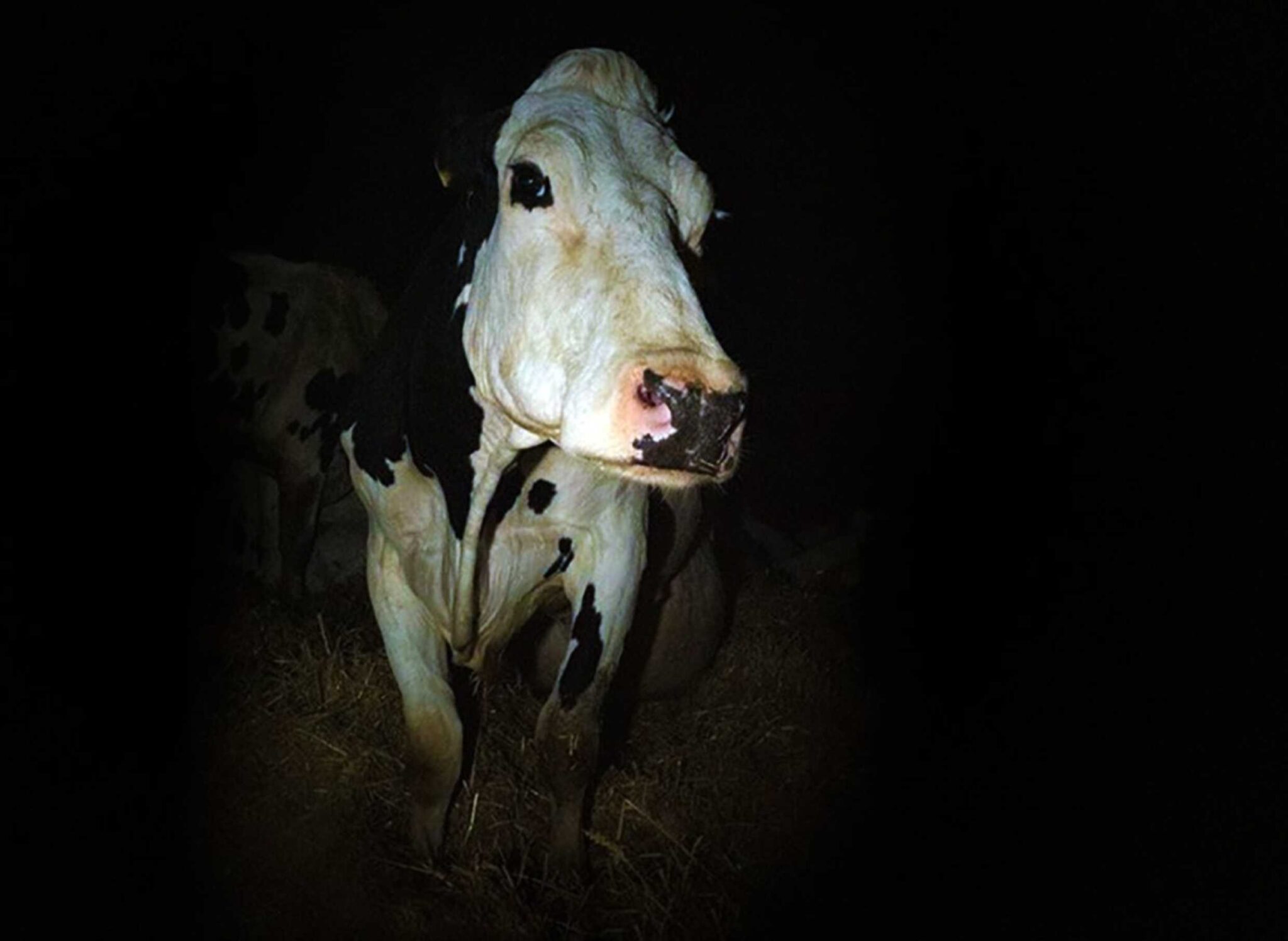 Andrea Arnold, the director of FISH TANK and AMERICAN HONEY, changes gear for this fascinating documentary, which follows the life of Luma, a dairy cow on a farm. It is a tough life for Luma – after she gives birth, she provides milk daily and in abundance. Inevitably she is part of the machinery and like in a Greek tragedy it is impossible for Luma to escape her fate.
A beautiful, thought provoking and genuinely moving film that will change the way you see this precious, animal! 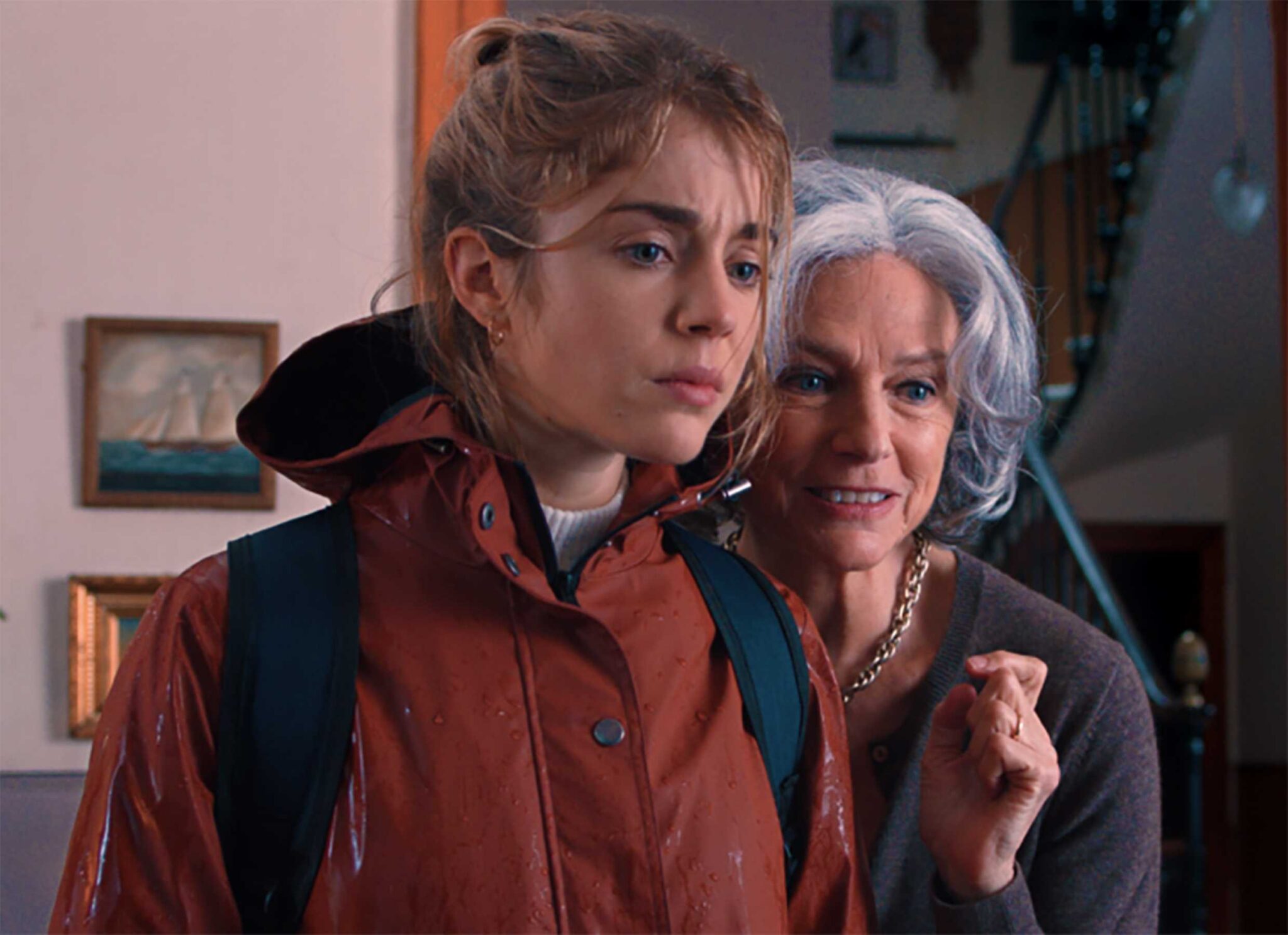 An engaging psychological thriller with a rare and very welcome lead performance from the iconic Jaqueline Bisset, the international star from the late sixties. Her long list of credits includes BULLIT, DAY FOR NIGHT and THE DEEP, but here she is almost unrecognisable as an elderly woman who provides a student (Alice Isaaz) with free accommodation in exchange for house work. But soon the eccentric woman starts to get jealous especially after her young lodger begins to ask questions about her dead husband…I
t is an intriguing premise which works thanks to the luminous presence of both leading ladies.

MARTYRS LANE: An atmospheric ghost story written and directed by Ruth Platt, who follows Leah, a 10 year-old girl growing up in a large, old house near the woods. Leah is a lonely girl until one night she is visited by a mysterious guest…Platt originally made this into a short and unsurprisingly it feels overextended and repetitive but still it delivers a haunting story that will keep you guessing till the end. (SHUDDER)

PICTURE STORIES: This brilliant documentary celebrates Picture Post, the influential magazine which changed the face of photography in Britain. It was created in the late 30’s and its photographic reportage was essential and hugely valuable until the late 50’s when television began to take a vital role in reporting the news. Enjoyable and informative accompanied by a great selection of black and white stills from those glory days!