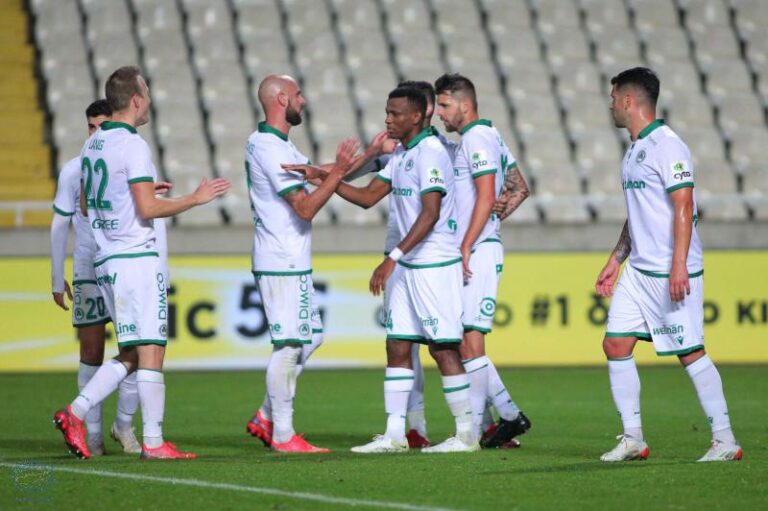 Top of the table Apollon beat Paeek 3-1 where they took a first minute lead through a sidefoot pass for Stor to score then Dabo from a cross ball shot past the keeper.in the 15th minute, Paeek reduced the lead to 2-1 when they scored from a Babic penalty and Apollon killed the game with a Psychas blaster of a goal just inside the box.
Second in the table AEK drew with Apoel 0-0.Doxa drew 0-0 with AEL.
Omonia beat third placed Aris 3-0 two of the goals penalties Sepovic and Dunis in the 28th minute and last minute. The other Omonia goal was scored by Lang when the the ball rebounded to him from a Aris keeper save and he put the ball away for the second Omonia goal.
Olympiakos beat third from bottom Anorthosis 3-2 Anorthosis took the lead in the 20th minute when Wanda scored with a shot just inside the box. Olympiakos equalised with header just inside the box from Sambinha then Olympiakos increasd their lead with two goals from Nascimento da Costa one a penalty.Anorthosis scored a late goal through Christodoulopoulos.
Pafos beat bottom of the table Ethnikos Achna 3-0 with a cracking overhead kick goal from Abdusalamov in the 34th minute,he also scored later in the 54th minute with a header from a free kick.
Semedo scored the second goal for Pafos with a shot from the edge of the box.