Sky wiring: The brain of a 13 year old Olympian 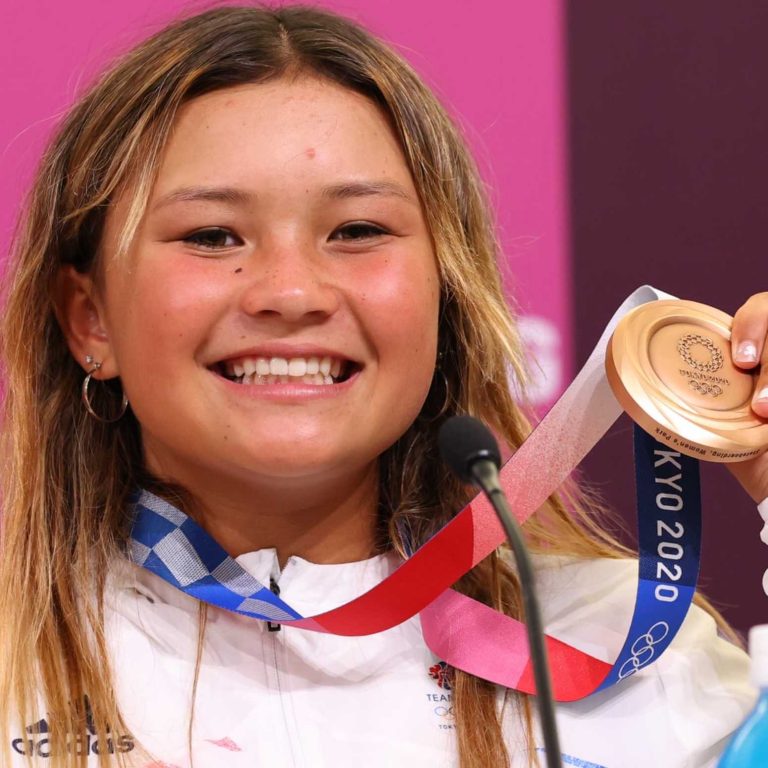 Aged 13, Sky Brown won a bronze medal at the Tokyo Olympics. She is the youngest ever British Olympic medal winner.
Experience is supposed to be the best teacher but a flood of medals for teenage competitors at the Tokyo Olympics, and Emma Raducanu’s stunning performances in winning the US Open tennis, suggests that the naivety of youth may also be a distinct advantage.

Over 20 teenagers won medals at the Games and half of them gold. The medals have come in various sports: archery, athletics, climbing. Sky Brown’s bronze was in the park skateboarding.
Sports psychologists say that aside from the physical advantages that teenagers have in some sports, such as greater flexibility, there are differences in attitude that help them secure medals.
Writer Malcolm Gladwell talks about ‘panicking’ versus ‘choking’. He describes the differences between the two in behaviour and brain processes.
“Choking is about thinking too much. Panic is about thinking too little. Choking is about loss of instinct. Panic is reversion to instinct. They may look the same, but they are worlds apart.” It is choking that leads to a loss of performance at key moments. Instinct is a much more reliable ally.
Dr Jon Finn, of Tougher Minds, a training company, said teenagers’ brains are wired differently, which means they’re more likely to take more and bigger risks.
“In simple terms, brains are wired from the back of the head to the front, to an area behind the eyes known as the prefrontal cortex,” he said. One of this cortex’s jobs is to assess risks. That part of the brain is not properly wired until our mid-twenties, which means the area that assesses risk is not fully developed in teenagers.
This explains why car insurance premiums are higher for young people and why the military recruits teenagers, but it could also explain why a young skateboarder in the Olympics might be more likely to try a tricky 360 degree spin.
“Of course, international competition at the elite level is not just about taking risks, there also needs to be diligence, hard work and expertise,” Finn said. “But it may be easier for young people to get the balance between risk and persistence right.”
Teenagers at the Games may also have benefited from “flying under the radar.” The lack of expectation and responsibility provide an element of freedom to go out and perform and enjoy the moment. In a world where nobody tells you that you’ve reached your peak, you can then continue to learn, improve and grow, and the competition feels a little less ultimate, and more as part of a journey.
Teenagers can give their best because they haven’t experienced the pressure and psychological distress of failure at the highest levels. “They don’t have as many demons.”
Most of the teenage medal winners are female. This could be because girls’ brains usually advance a year ahead of boys’, helping them have the maturity and discipline required to succeed at elite level.
Dr Josie Perry, a sports psychologist, thinks age is not the most important factor. “Athletes raised to see their sport as fun, tend to have a wide self-identity, so don’t see themselves as ‘only’ an athlete. The Games help them develop experience, so with no big expectations, they feel psychologically safe, have lower levels of stress, and thus perform better,” she said.

(Sources: Andrew Ellson in The Times; “What the Dog Saw”, by Malcolm Gladwell)