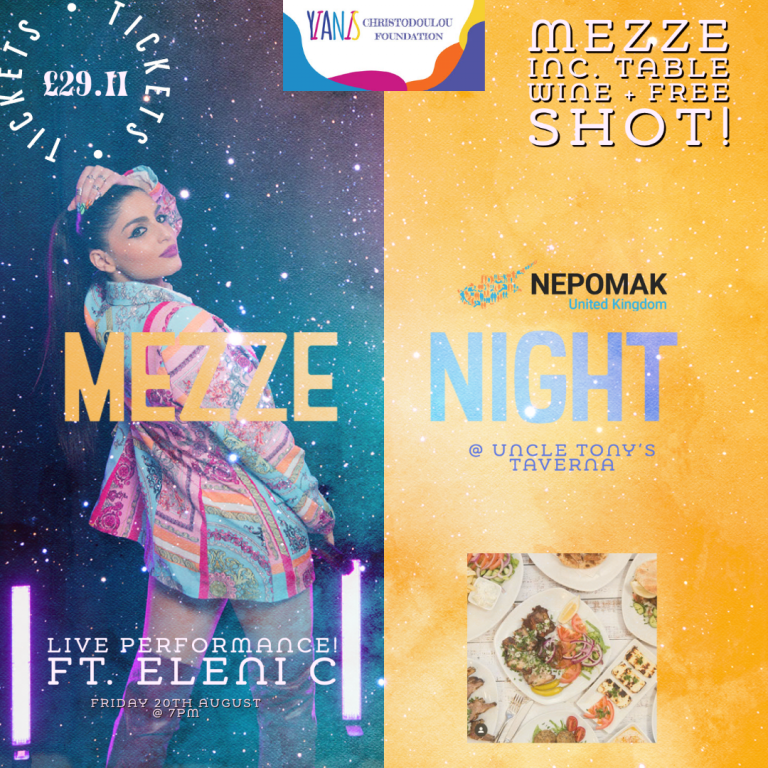 The Young upcoming Greek Cypriot singer Eleni C, an Ambassador of the Yianis Christodoulou
Foundation will be performing a live acoustic set on behalf of the charity, for Nepomak UK.
Eleni C has been met with wide critical acclaim from being featured on Sky Arts TV, CBBC ‘The
Playlist’ and performing live on CBBC ‘Saturday Mash Up’ and numerous radio stations
including BBC Radio London, BBC Radio Leicester, BBC Radio Scotland to name but a few and
multiple National and International press outlets. Eleni C has come onto the music scene with a
strong powered mindset, as a woman and as a passionate advocate for Mental Health. Eleni C is
well on her way to join the pantheon of Pop Stars whose music and charity work have become
synonymous with a positive energy of change.
Eleni C is not new to charity work. She has passionately over the years donated her time and talent
to several worthwhile causes. However her greatest passion is to improve the lives of young
peoples’ by giving them the tools to look after their mental health. Therefore it was inevitable that
when she crossed paths with the Yianis Christodoulou Foundation she would be eager to work with
them as the mission statement of the charity mirrors her strong beliefs. The Yianis Christodoulou
Foundations mission is to empower underserved children and their families, to reach their full
potential, improve their livelihoods and take advantage of economic opportunity through education
and social progress. Eleni C is also very proud of her Cypriot roots and as such she was very
enthusiastic to work with Nepomak as there mission is to bring together young Cypriots and
strengthen the ties to their Cypriot heritage through cultural, educational, professional and social