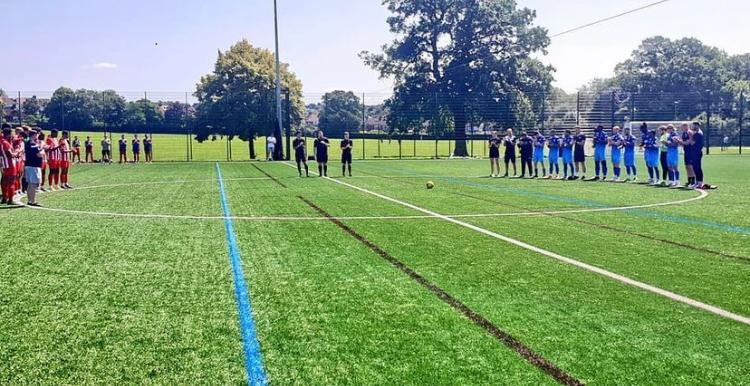 New Salamis travelled the short distance across North London to Barnet to play Wingate & Finchley of the Isthmian Premier Division.

Before the game there was a minutes applause following the passing of ex Wingate & Finchley player 26 year old Spencer McCall this week.

New Salamis started very strongly and took the game to their hosts, and on 11 minutes Antonio Michael cut in side from the right wing and hit a low left foot shot into the bottom corner, for 1-0.

Wingate stepped up their game and nearly equalised when first Anthony Furlong blocked a goalward shot, and Austin Byfield then made a great acrobatic save to deny them.

At half time lots of changes were made. Salamina were holding their own against their hosts from two divisions above, and were playing some great football.

With Salamina tiring Wingate equalised 15 minutes from time, and they then pressed for a winner, but everything they tried was defended admirably by the Salamina side.

The end result was 1-1, and more valuable minutes for years Salamina squad, as they build for the new season in the Spartan South Midlands Premier Division.

Salamina’s first competitive game of the season is in the Emirates FA Cup extra preliminary round.

The game will be played on Friday 6th August with a 7.45pm kick off vs Kensington & Ealing Borough.