Cavusoglu: Greece must stop its provocations 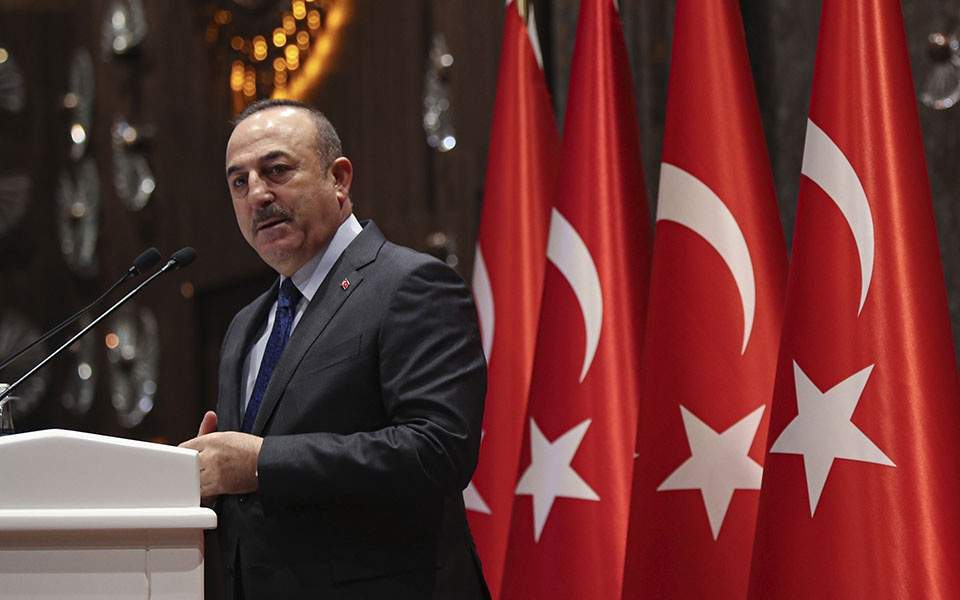 Turkish Foreign Minister Mevlut Cavusoglu said Sunday that “Greece needs to give up provocations” for the two countries to solve their problems through dialogue, according to a Daily Sabah report.

Cavusoglu was addressing reporters during the last day of the Antalya Diplomacy Forum, an event which former Greek foreign ministers Dimitris Avramopoulos and Dora Bakoyannis declined to attend after the participation of officials from the self-styled “Turkish Republic of Northern Cyprus,” (TRNC) the breakaway entity in the Turkish-occupied north of the island recognized only by Turkey.

Cavusoglu told reporters that there was a gentleman’s agreement not to hold any exercises in the Aegean during the tourism season in the summer. He said: “Greece is now declaring NAVTEX (a shipping navigation warning about naval exercises). We had an agreement not to hold NAVTEX and exercises on national days as well. Greece broke this as well. They should give up these provocations.”

Asked about the state of Greek-Turkish relations, Cavusoglu said that the two countries have engaged in dialogue after tensions rose in the Aegean and eastern Mediterranean and that there is a “sincere determination” to solve problems through dialogue.

“Greek Foreign Minister Nikos Dendias came. I went there. President Recep Tayyip Erdoğan and Greek Prime Minister Kiriakos Mitsotakis met in Brussels. The meeting went well. Have all the problems been resolved? No…These talks show our determination to solve our problems through dialogue. This determination and sincerity will continue. Greece needs to give up provocations. We go to the press conferences and everything is fine, but then my friend Dendias says many things behind our back. There is no need for this. We ignore it,” Cavusoglu said