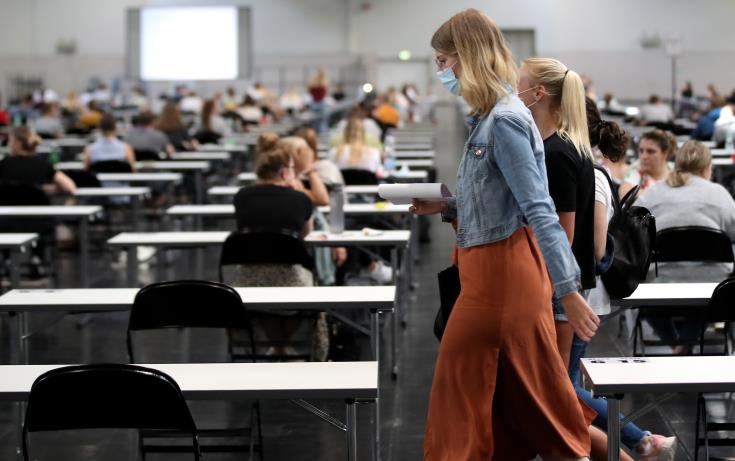 Cyprus is aiming at concluding a bilateral agreement with Britain, to allow Cypriot students to continue with their studies in English Universities paying the same tuition fees as now. Foreign Minister Nikos Christodoulides and the Minister of Education Prodromos Prodromou briefed on Wednesday the House Committee on Education on relevant government efforts.

The British government decided to maintain tuition fees for all European students who are about to enroll in the UK by the end of 2020. From 2021 onwards, students from the EU will be called to pay the same tuition fees as all overseas students in the UK.

Our efforts aim at concluding a bilateral agreement, the two Ministers said. An issue of priority concerns prospective male students from Cyprus, who secured their admission or will do so by September. This category of students is at a disadvantage, as they are not able to start with their studies before 2021, due to the mandatory military service on the island. This means that they will have to pay more tuition.

An official from the Ministry of Defence was asked by parliamentarians about the possibility of postponing the military service and said that such an arrangement would be impossible and would impact the operational capacity of the National Guard.

Foreign Minister Nikos Christodoulides said that the government aims at concluding a deal, for all Cypriot students to have a single status in the long term. He went on to say that the aim is to conclude a bilateral agreement, citing the example of Ireland.

On his part, Prodromou told the House Committee that the Ministry of Education will ask prospective students with a conditional offer from a British University to notify the Ministry electronically. This will enable authorities to know the number of prospective male students who are affected due to the military service.

Together with the Foreign Minister, we are in consultation with our respective counterparts in Britain and try to secure a state of affairs that will allow Cypriot students to study in England with the existing tuition fees, he said in statements after the meeting.

There will be also efforts to conclude bilateral agreements between Cypriot and British Universities, Prodromou added.

We expect to conclude a satisfactory bilateral agreement with Britain, on the basis of our record of very positive and close relations between Cyprus and the UK, the Minister of Education concluded.