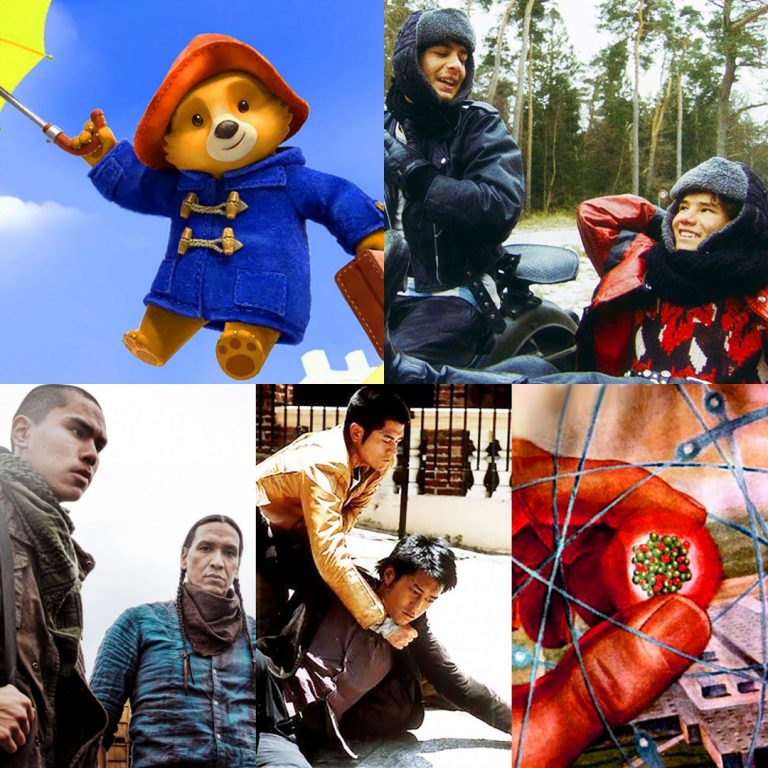 The adventures of Paddington 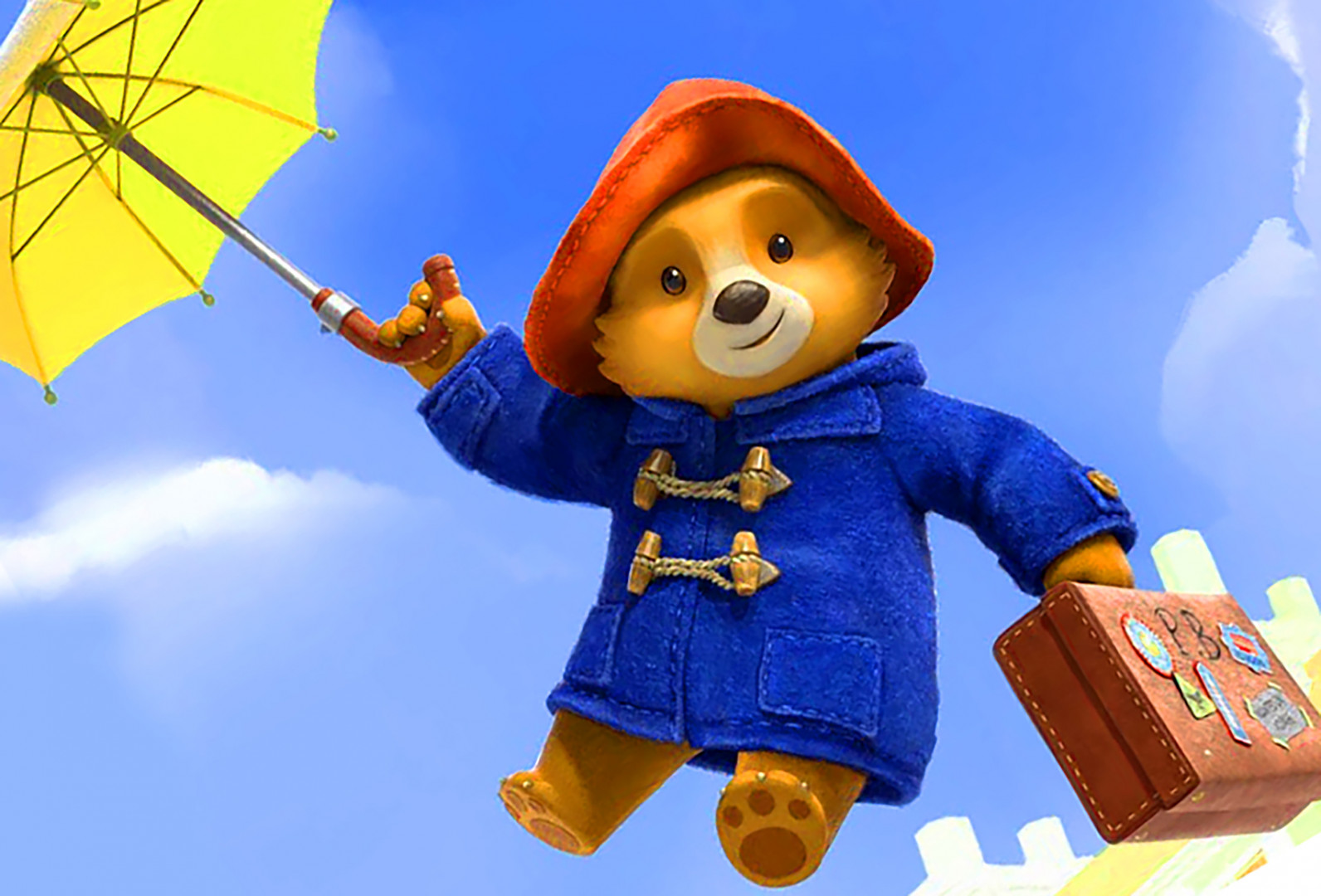 The adorable Paddington, the bear from Darkest Peru created by British writer Michael Bond over 60 years ago in a series of books has been an international phenomenon ever since. Paddington has also been a major success on the big screen in two recent movies superbly voiced by Ben Wishaw, who manages to capture Paddington’s passion for life and love for marmalade with great warmth and the right touch of vulnerability. He now lends his voice for the first volume of this charming Nick Jr. animated TV series which includes 12 episodes. Each episode begins and ends with Paddington as he writes a letter about his London experiences to his beloved aunt Lucy in Peru. In “Paddington Finds A Pigeon” the lovable bear adopts a pigeon, whom he soon christens Pigeonton, while in “The Chores List” he is eager to do any job in the house and prove to the Browns that he is a worthy member of the family. He goes one step further in “Makes Pancakes” while in “Plays Football” he attempts to build up his relationship with young Jonathan. He learns about “The Magic Trick” from the eccentric shopkeeper Mr Gruber and befriends their grumpy neighbour in “Poor Mr Curry.” He decides to spend a night up on “The Treehouse” with Jonathan and Judy against their parents protests and gets some valuable advice about monsters from Mrs Bird (voiced by Phyllis Logan) in “Monster Hunt.”
There are another four episodes in this must-have collection which is ideal for the whole family especially during these turbulent times! (DVD from StudioCanal) 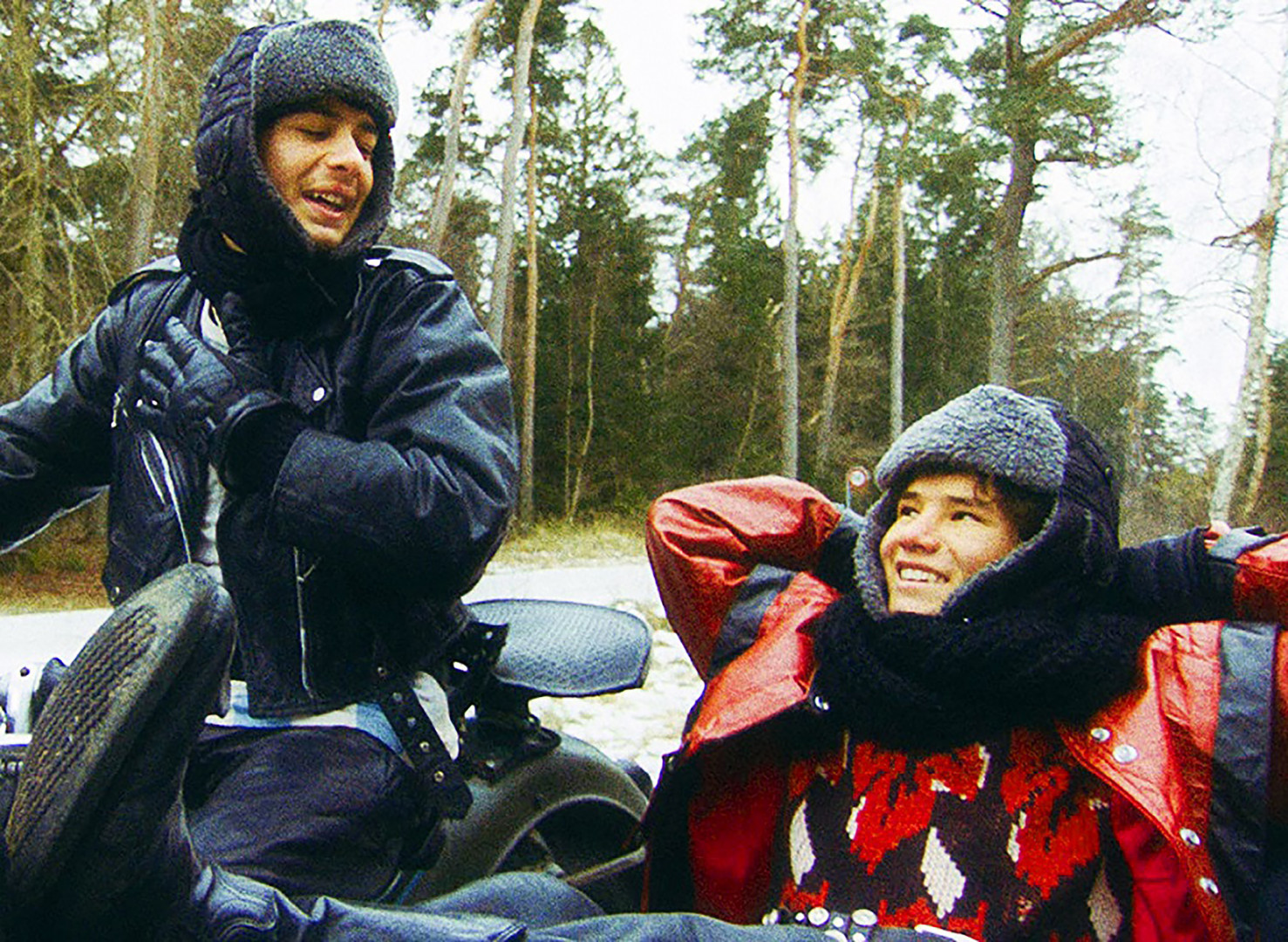 This touching film is set in Kabul in 1989 during the pro-soviet government of Afghanistan and is not to be confused with the deeply atmospheric Spanish movie with the same title by Juan Antonio Bayona. The story is based on the unpublished diaries of Anwar Hashimi, who also plays the supervisor of the orphanage.
The films opens with Qodrat (Qodratullah Qatiri), a 15-year-old street boy who tries to make a living by selling key rings. He adores the movies particularly Bollywood cinema and later on when he is taken to the orphanage he dreams of escaping the grim reality of his predicament by being in a Bollywood movie. The establishment is like a human jungle situated close to a mental asylum and although Qodrat has never been to school he is still able to read and write thanks to the Quran.
Director Shahrbanoo Sadat creates an authentic world of a country on the brink of change and revolt. A brilliant film which benefits tremendously from Hashimi’s valuable presence, who also acts as assistant to the director as well as costume designer. (MUBI) 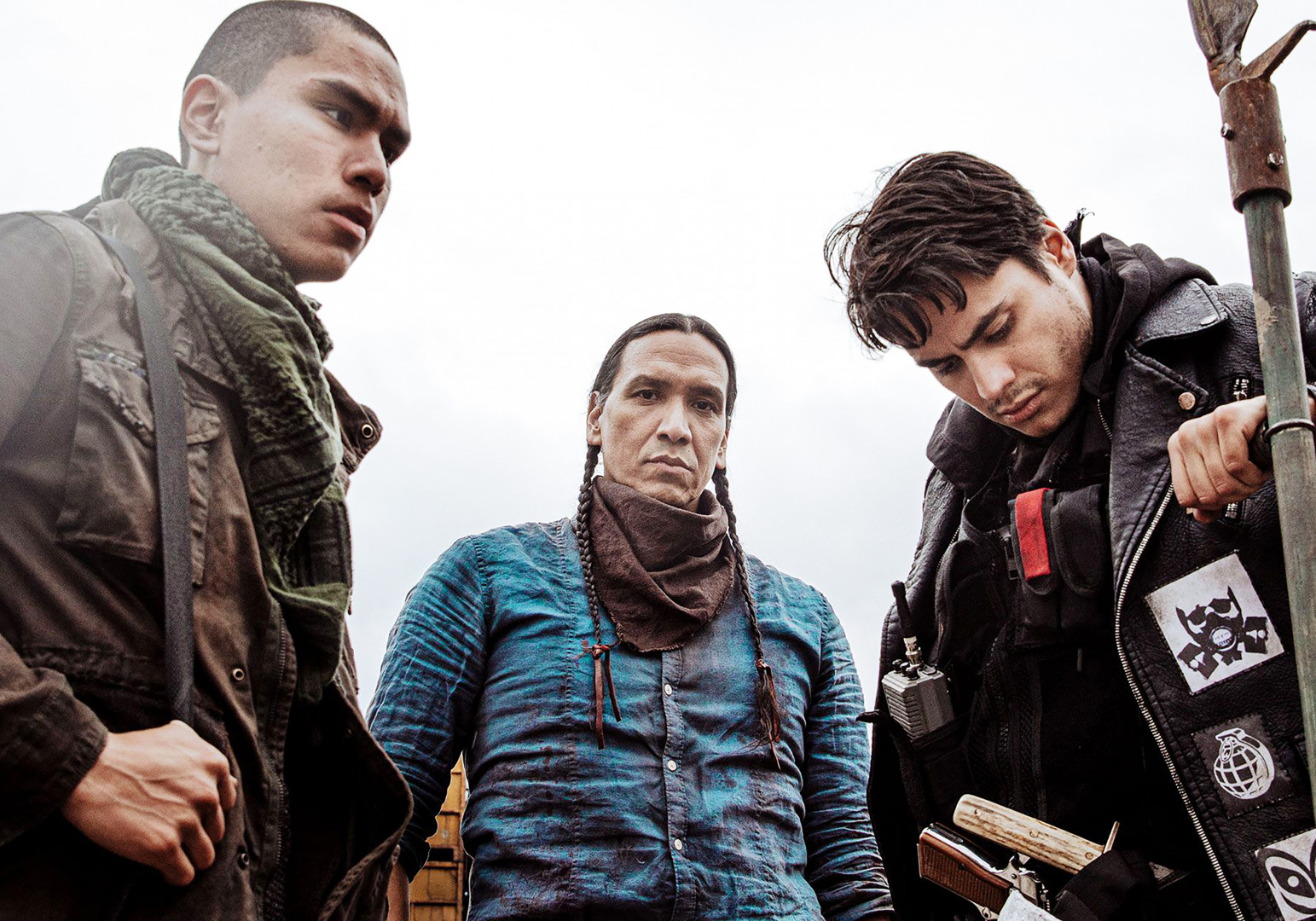 An original premise and a strong opening for Jeff Barnaby’s alarming zombie thriller that takes place at Red Crow Indian Reservation in 1981.
A retired officer brings his catch of fish out of the lake and while he cleans and scrapes them they come back to life. Meanwhile the dog of his son also comes alive and so are the dead outside the remote Mi’gMag reserve. Curiously the indigenous inhabitants are immune to the zombie plague…
It is a great to see the entire action of this eerie horror unfold at an Indian reserve not often featured in American or Canadian movies. The main hero, tribal sheriff Traylor (Michael Greyeyes) like the Australian aboriginal protagonist MYSTERY ROAD, is a rare breed and this initiative should be treasured. An intriguing first half and a clever finale on the lake makes this worth seeing despite treading familiar during the middle section. (Streaming through Shudder)
THROW DOWN
Johnnie To’s stylish film made in 2004 pays tribute to the legendary Japanese director Akira Kurosawa. It takes place in Hong Kong and follows the story of famous Judo fighter Szeto Bo (Louis Koo), who surprisingly gives up the sport for a life as an alcoholic gambler in his own club. Meanwhile, Tony (Aaron Kwok), a new Judo expert wants to challenge him for a fight…
Johnnie To wisely spends time in developing his fully fleshed characters before the explosive action sequences hits the screen. Highly watchable and superbly choreographed Judo fights make this a must for fans of the genre. (Blu-Ray from Eureka Entertainment) 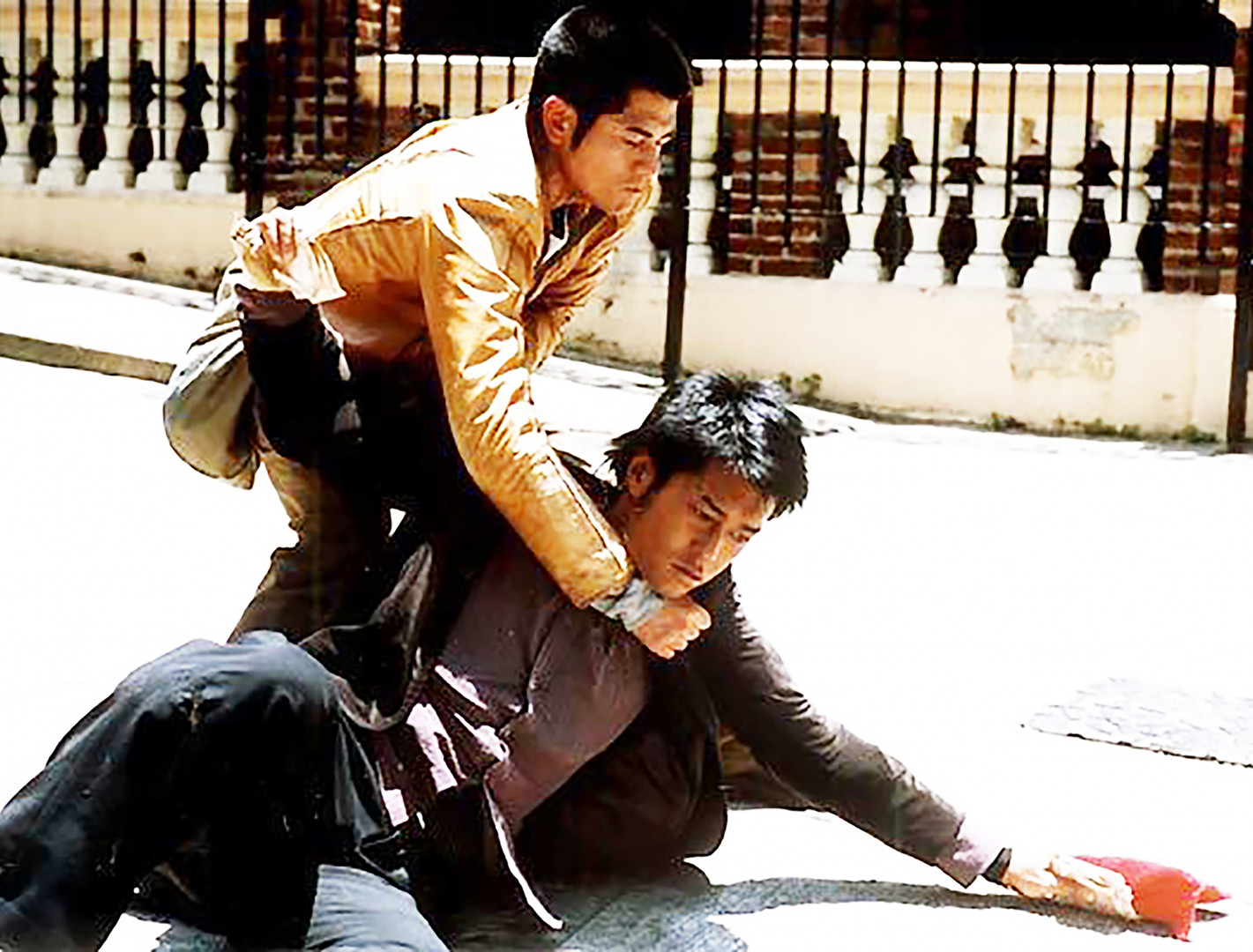 Mexican wrestler Cassandro is a unique personality not only on the ring but also in his private life. For the last 26 years Cassandro has been a leading figure of the Exoticos, a group of cross-dressing wrestlers, who continue to challenge prejudices and the so called normality in this very macho sport.
There is no doubt that Cassandro is a flamboyant personality adoring attention especially now that French filmmaker Marie Losier has been following him around capturing his every movement with her camera. He opens his heart and talks about his childhood particularly when he was sexually abused at the age of 6-7 and when he first fell in love with wrestling at “Lucha Libre”- a genuine life’s education. But Cassandro is a real survivor and he is ready to reinvent himself once again, following dozens of broken bones and a plethora of hospital admissions. (MUBI)

THE ATOM: A LOVE AFFAIR

This intelligent documentary examines the obsession, the love as well as the hate for atom energy from the end of World War II until the present day. British engineers and other people who worked at reactors in the sixties and the seventies remember fondly their experiences. Meanwhile in the USA president Nixon is preaching that even though “nuclear power scares people it is clean power.”
In Britain it was left to campaigners to sound the alarm and in the 70’s and 8o’s Greenpeace makes a valuable contribution against nuclear energy. “The reactor could never explode like a bomb but that’s exactly what happened in 1986 at Chernobyl in the Ukraine. And then in Japan the Fukushima reactor explodes following the devastating tsunami and earthquake that caused a nuclear disaster in 2011…
Truly scaring but still a well balanced view between the love of the atom and its opponents! (Curzon Home Cinema)