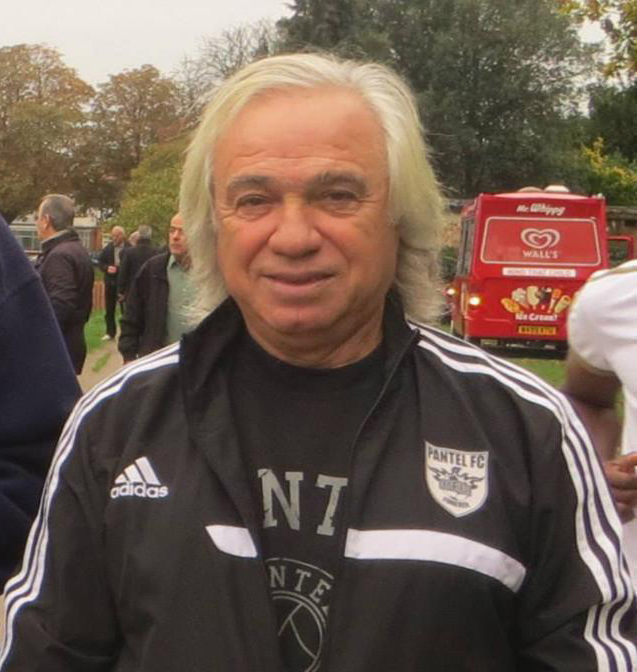 We sadly announce that the popular and well known to our community Petros Michael sadly passed away yesterday March 31st 2020 between 6pm and 7pm when an ambulance was called to his home in Southgate but were not able to save him. The cause of death was coronavirus.

Petros Michael was born 2nd November 1949 in the village of Ayios Amvrosios, Kyrenia, Cyprus the son of Panteli and Adriana, he was one of a family of four, two brothers Andreas and Michael and sister Angela.

Petros Michael leaves behind his wife Stella, sons Andreas and Panteli and daughter Natalie from a previous marriage. His brothers Andreas and Michael and sister Angela.

Petros Michael loved the game of football and he started his football career playing for Olympiakos, Nicosia and then at the age of 20 years old he took the opportunity of immigrating to London to seek a better future and studied accountancy and managed and played for Omonia (London) for several years and was a founding member of the KOPA League.in London.

He later had a travel agency in Wood Green and a dress manufacturing and retail  business in London and Cyprus. After living in the UK for several years he returned to Cyprus and in later years he lived in both the UK and Cyprus and had business interests in Romania.

In the UK it was his football interests that made him well known from player manager at Omonia he then managed Alki , he was a football columnist for our newspaper Parikiaki and was the publisher of the football magazine an annual publication that covered all UK football community news.

Petros Michael we thank you for the massive support you gave to our football community and may you rest in peace.

Parikiaki Newspaper and AKEL in Britain extend their condolences .