We must focus on the resumption of the Cyprus negotiations

The 25th November meeting (Note: the trilateral meeting between the UN General Secretary, Mr. Anastasiades and Mr. Akinci in Berlin) is very important for the perspective of the Cyprus problem. It is obvious that the UN Secretary-General is trying to determine whether the preconditions indeed exist for a new initiative to achieve the resumption of substantive negotiations.

For the fulfillment of this goal, the UN Secretary-General has for some time made it clear how he perceives the matter. He wishes to see a resumption of the negotiations from the point where they had remained on the basis of his Framework and the safeguarding of the convergences recorded.

If the President of the Republic does indeed mean what he says that he is seeking a resumption of the negotiations as set out by Mr. Guterres, we hope that he won’t raise issues that annul convergences and are outside the Secretary General’s Framework, as he has been doing for some time. If by any chance this is done the UN Secretary-General will not be convinced of the Greek Cypriot side’s political will and in the event of failure, the international community will to say the least hold it responsible for the stalemate.

We note with concern the rhetoric used by the President of the Republic in view of the upcoming 25th November meeting. This rhetoric addresses the domestic front rather than a rhetoric making clear to the international community its readiness to work with the UN Secretary-General for the resumption of negotiations.

However, the one that will judge the will and readiness of the sides isn’t the domestic front, but the UN Secretary-General himself who will take his decisions according to what he will hear from the two sides and, in the event of a deadlock, he will apportion responsibilities. 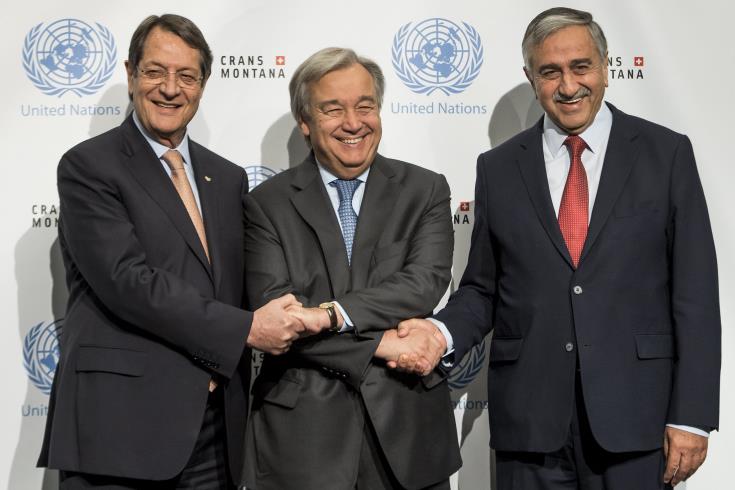