Aris (Pictured above) became second division champions in Cyprus after a 1-1 draw with New Salamis who are also promoted to the first division. Aris finished with 57 points two more than New Salamis . Anagenisis Dyrenia qualified for third place after defeating Omonia Aradippou 3-0.

AEP got relegated from the first division after a 1-1 draw with Alki in a game that if they had won Alki would have got relegated (Action photo below). 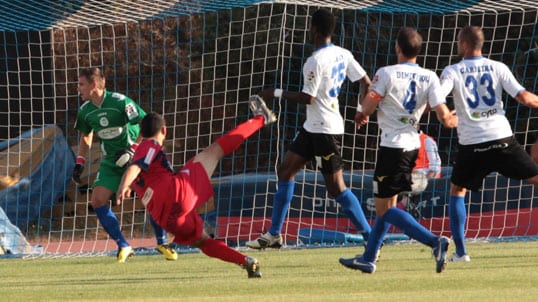 These are the last results of the Cyprus Football League . Season finished with Apoel Champions and enter the preliminary stages of UEFA championship. Runners up Omonia enter the Europa League. Relegated are AEP, Doxa and APOP.