Cypriot football star reported to be signing for Nottingham Forest

The Reds have returned with an improved offer to Cypriot club Apoel Nicosia, reports in Greece claim, making it likely a deal between the two clubs can be struck for the highly-rated defender.

Ioannou came through the ranks at Old Trafford, having been spotted at a football camp in Cyprus and played alongside the likes of Marcus Rashford and Scott McTominay, going on to become the reserve team captain.

He left Old Trafford, however, when David Moyes was appointed Alex Ferguson’s successor, owing to a hip problem which played a big part in him not securing a professional contract with the Red DevilsSince returning to his native country, Ioannou has become familiar with success, winning a string of league titles and playing in the Champions League, impressing Reds owner Evangelos Marinakis along the way.

The 24-year-old, who is described as a versatile central defender was born in Limassol to a Cypriot father and an English mother, who hails from Norwich.

A regular for the Cypriot national team, Ioannou would become Forest’s third summer arrival after Jack Colback and striker Lyle Taylor, who is expected to have his arrival confirmed over the weekend. 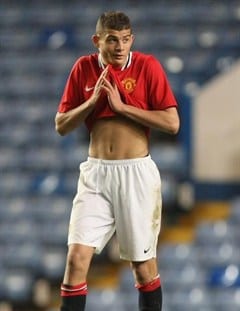