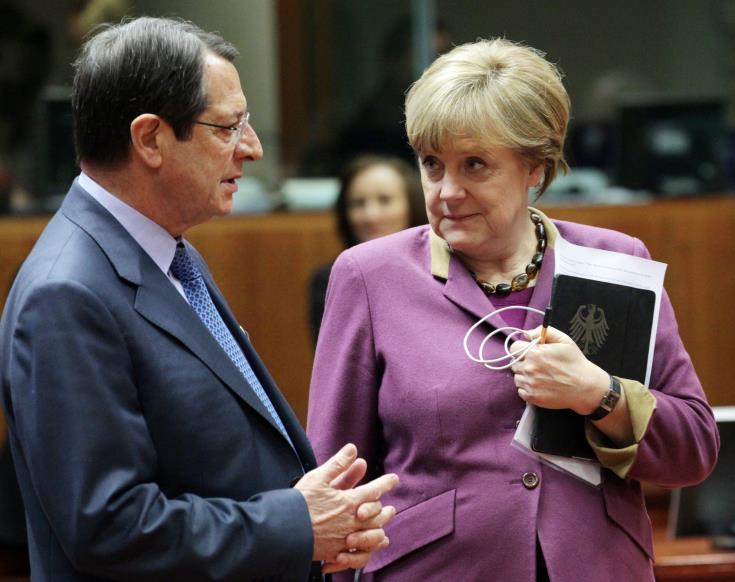 Anastasiades said in a post on Twitter that he had a positive and constructive conversation with Chancellor Merkel. He added that they discussed about Covid19 exit strategies, post-pandemic tourism perspectives, enhanced cooperation between Cyprus and Germany, the MFF and the Recovery Fund.

Furthermore he noted that he briefed Merkel on Turkey’s illegal drillings in Cyprus’ EEZ and actions in the wider region.

Turkish drill ship “Yavuz” arrived last April in the exclusive economic zone (ΕΕΖ) of Cyprus, after Ankara announced another attempt to drill a well in blocks licensed to European companies. This is the 6th time Turkey attempts to drill within the EEZ and continental shelf of the Republic of Cyprus, this time in an area that covers part of exploration blocks 6 and 7, which have been licensed to ENI and TOTAL.

In a statement on May 15, EU Foreign Ministers deplored the fact that Turkey has not yet responded to EU calls to cease such activities and reiterated their call on Ankara to show restraint, refrain from such actions, and respect the sovereignty and sovereign rights of Cyprus, in accordance with international law. EU Foreign Ministers also reaffirmed previous Council and European Council conclusions, notably those of June 2019 and October 2019 on Turkey’s continued illegal activities in the Eastern Mediterranean.