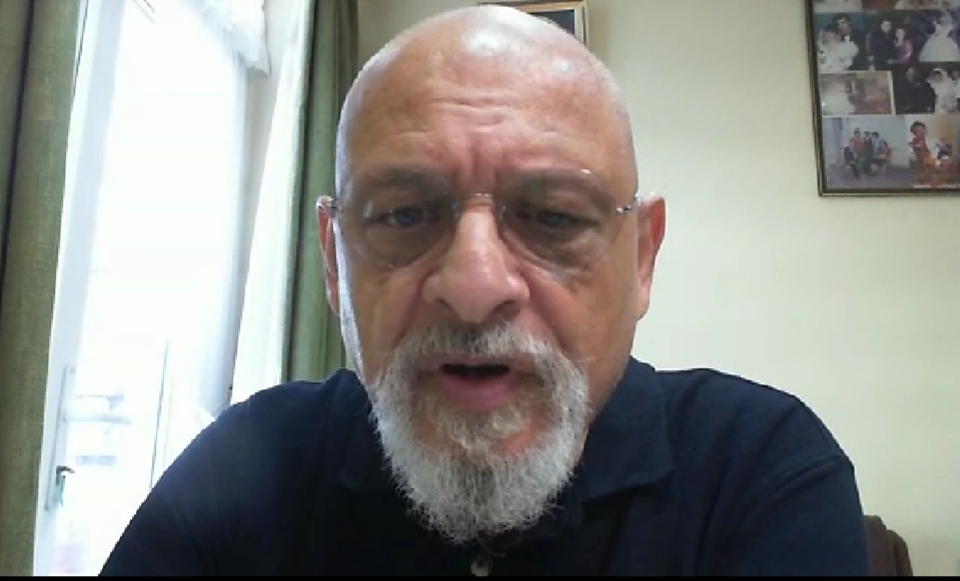 Happy birthday to Steve Stavrinou who celebrates his birthday today April the 16th  he only came out of North Middlesex hospital in Edmonton two days ago after three weeks and three days after being diagnosed with Covid-19 he thought he was not going to make his birthday he can’t say enough about the good work the NHS did and he gives them a massive thank you.

Steve said that his thoughts go to all those who never made it and extends his condolences to their families.

Steve Stavrinou 62 years old born in London from Palmers Green who went to Archway School and East Anglia University is the son of the late Stelios and Panayiota Stavrinou from Alethrico and Psematismeno began his upsetting saga three and a half weeks ago when he had the symptoms of fever, headache, trembling, shaking, sweating and shortness of breath and eventually losing his appetite and taste.

He was on the phone for seven hours ringing 111 and emergency services and eventually an ambulance was sent who tested him and taking X-rays and taking him to North Middlesex hospital in Edmonton. Again there he was X rayed and given oxygen until his immune system was strong enough to fight it and be allowed to go home.