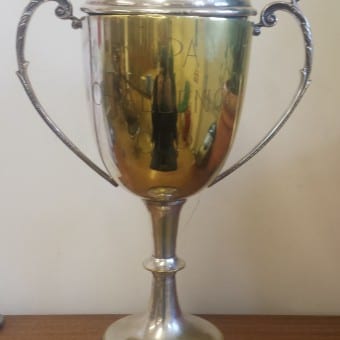 Great excitement in the KOPA League quarter finals with Olympia getting the better of Omonia who beat them the week before this time Olympia beat Omonia 5-1 they were 3-0 up and Omonia reduced the score to 3-1 through Procopiou and Olympia scored another two goals to win 5-1 their goals coming from Elia 2, Ricky, Kojo and Rafa.

Akanthou surprised Panathinaikos by going 1-0 in the 20 min mark with a well worked piece of play from back to front with Aristos Aristodelous forcing the ball home at the far post. A mistake from the Akanthou centre back on 30min misreading the bounce allowed the PAO winger in for the chance to go 1-1. Akanthou well in this game carried their momentum on until 40min mark when a ball over the top of the Akanthou full back allowed the PAO winger in again who crossed the ball for the advancing stricker who blazed it in to the roof of the net. 2-1. Akanthou still enjoying posession until the close of the half gave away a freekick at the edge of the box and the PAO player made sure he gave them the advantage. HT 3-1. Second half Akanthou had to be more disciplined as PAO grew in the game fighting for more possession but were unable to capitalise until 60min to go 4-1 up with a well take chance. The game went 4-2 on 70min when goalkeeper Myles Forde launched it out wide to Aristos Aristodelous who took it down in one touch and lobbed the PAO goalkeeper with his second from the edge of the box. With the game nearing its end PAO managed to convert one more when a tired Akanthou midfield couldn’t get back in time for the PAO shot. FT 5-2. Akanthou vastly improved from last week. Panathinaikos goals were scored by Zak 2 Kyri, Anthony Constantino, and Antoni Panayi.

Three weeks ago Komi Kebir beat Pantel 8-0 this time it was a much closer game with Pantel a much improved team only losing to a 60th minute goal ending 1-0 to Komi Kebir leaving the four teams to challenge in the semi finals Cinar, Olympia, Komi Kebir and Panathinaikos.